THE MIGHTY APPLES OF AUTUMN

Hello, Autumn! And here she comes with the wonderful fall harvest of foods and desserts. My favorites are pies. Although pumpkin is my favorite, my husband is a fan of apple. He is also the biggest fan of applesauce, and a jar sits in our refrigerator year ‘round.

Here in the Northeast, Johnny Appleseed Day is celebrated twice a year. On both March 11th and September 26th.  September 26, 1774, was actually the day when John Chapman or Johnny Appleseed was born. It coincides with the season of apple harvest. His date of death was not formally recorded, but it is believed he died on March 11, 1845, from the “winter plague.” History tells us that John Chapman was deeply religious person, often preaching during his many travels.

A nurseryman by trade, John Chapman initially started planting trees in New York and here in Pennsylvania. He was also know for going “West” to plant, but we must remember that “West” was Ohio, Michigan, Indiana and Illinois. It is estimated that he traveled 10,000 square miles of frontier country. As he traveled, he sold apple trees and seeds to settlers and planted many trees and seeds himself along the way during a forty-year span. He also started a string of nurseries spreading from western Pennsylvania across Ohio and into Indiana. When he died in 1845, he owned 1,200 acres of land.

No matter what the legends tell us about John Chapman, one thing is certain. He brought about the recognition of the apple and its versatility whether eaten fresh, stewed, baked or fermented. The food list that includes the mighty apple is exhausting—applesauce, pie, cider, crisp, cake, pancakes, apple butter, juice, and even vinegar, to name a few. Early settlers dried apples to use on their trip to West as we know it today. 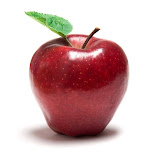 When I was growing up, we had apple trees around our farmhouse and MacIntosh was my favorite for taking in my school lunch bag. We also had apple trees in what we called “the old orchard” in a pasture on the edge of our farm. It was an orchard planted by early settlers of the 1800s (or before) and had heirloom varieties like Northern Spy, Strawberry, Baldwin, and Winesap. Our dairy cattle loved to scout the old orchard and look for any fallen ones for a delicious treat.

Are you a fan of apples? After an extremely rainy summer here in Central Pennsylvania, I’m excited about the arrival of a drier autumn and the rich scent of apples, sugar, and cinnamon baking in the oven or cooking on my stove top.

Visit my Amazon Author Page for all my books

Here's a peek of the cover for my Christmas novella,"A Maple Cookie Homecoming," making its appearance on December 7th 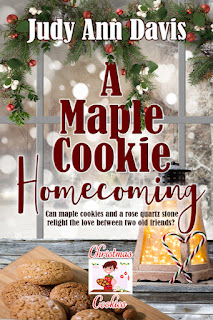