I'm filling in for Beth Trissel.

I tried to ignore the notice on the Nextdoor app. The photos that tugged on my heartstrings. I truly did. But as the day wore on, I gravitated towards it again and again. A well-meaning woman had discovered a kitten in a flowerpot, waiting for her mother to come take her to the other kittens in a new location. But the woman fluttered nervously around the flowerpot with her dogs, three dachshunds and a beagle, all dogs with high prey instincts. Then the woman plucked the kitten out of the flowerpot and took her inside. All the people who responded cried, “Put her back! Put her back quickly!” It was too late. By the time the woman put the kitten back, the mother had been frightened away.

So, as the woman continued to post messages begging for help, it became apparent that the kitten’s welfare was at stake. This kind, animal-loving woman had decided the kitten’s fate. She would have to be bottle fed and weaned onto solid food by a human mother now. A woman volunteered and brought the kitten back three hours later after losing her nerve or deciding it was just going to be too much trouble. So I sent the woman a message.

Thank goodness someone recommended a website, www.kittenlady.com.   The site had a descriptive chart, complete with photos of kittens, week by week, as well as a way to check the sex of the kitten. (Hey! They aren’t as easy as puppies, okay?)  The blog included every aspect of kitten care, including feeding, litter training, etc. Whew! It saved me. I named the little kitten Grace, because she was amazing. Grace was two weeks old, as I suspected. Her eyes were open but they were this beautiful cerulean blue. Her little ears were still tucked up into themselves like a little bear cub.


I weighed her on my 40’s grocery scale. She was just half a pound, so I knew how to feed her and how often, every four hours, including nighttime. I got more and more tired, but I compensated by taking naps between feedings, and Gracie continues to grow and develop. Her little ears have unfurled, she has the beginnings of teeth, and we’ve begun litter box training. I feel more secure now when I pick her up. 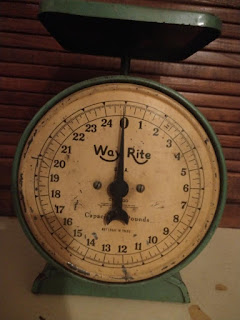 But wait. There’s more. Today on Nextdoor there was an even    more desperate plea for help. A man heard a kitten crying for     three days until he relented and picked up the little creature. He said point blank that he was not “Equipped to care for the      kitten, and he looked a little bad. He might die if no one takes    him.” I had all the stuff. I had gotten the hang of it. Weeeelllllll. I sent him a message and gave him my phone number. Almost immediately, my phone rang. The man was very nice. He was genuinely concerned for the kitten’s welfare and completely undone. A woman said she would take him tomorrow but the man was afraid the kitten would die soon. He looked sickly. I said I could take care of him that night and then the woman could take over for me. I would gladly hand him off as I had my own hands full. He texted her, she agreed, and I rushed to pick up the kitten.

He is two weeks old, but much smaller than Gracie was last week. Maybe the runt of the littler? That could account for his abandonment. And he cried. Constantly. When we got home, I fed him as soon as I could mix the formula. My Shih tzu, Zoe, barked once, not at him, but at me, as if to say, “Well, DO something!!”

He still cries a lot. I think I’ll name him Winston for no reason whatsoever. The woman reneged on our agreement and refused to pick him up the next day.

I don’t know what I’m going to do with this little beings. This is my ONLY foray into bottle feeding kittens. Holding them is like holding a miracle when I think that one month ago, they weren’t even walking around. I have my own pets, so probably once they are weaned I will try a rescue group. We have a great one  close. I’ve decided not to check Nextdoor anymore. But right now, both amazing little creatures are sleeping, warm and content, with full bellies, and dreaming whatever kittens dream.