Hold My Beer: Story of Alewives and Witches ~ Sherri Easley

These long, unbearably hot and dry summer days are draining my energy and making me long for cooler damper weather. I constantly look at the weather app to see if there is any rain soon, just to be disappointed.

So, I came across an article a while back on a news site called “Weird History” that made me think of fall, so here goes:

In medieval times, the job of feeding the family was “women’s work,” and beer was a central part of the peasant diet since it was consumed instead of potentially tainted water. Inevitably, nearly every medieval woman knew how to brew beer.

This was a fermented ale from grains with a low alcohol content, which their families drank daily. Most medieval families downed multiple gallons of beer each week, so women sometimes sold extra beer to neighbors who didn’t have the time to make their own, even inviting people into their homes, which served as an informal tavern.

These entrepreneurial women who made their living brewing and selling beer from their homes were called “alewives.”

These alewives spent hours stirring bubbling cauldrons, while wearing their tall, pointy hats, which were popular in this era, to make them stand out in the marketplace, so customers could identify them.

Alewives promoted their business by placing a broomstick outside their door. The broomstick, also known as an ale stake, signaled that the latest batch of beer was ready for customers.

These women understood herbs and plants they used in their concoctions and often had cats running amuck to take care of those pesky mice in their grain. 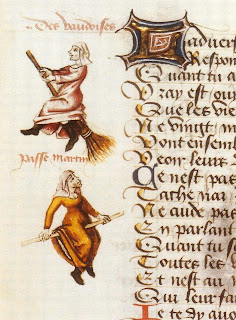 Men who saw alewives as temptresses, swindlers, and deceivers could easily imagine a witch's brew boiling in their cauldrons and by the 16th century, men grew suspicious of female brewers, who had their own income source. One community banned young women from selling beer. In others, the tools of female brewers became the symbols of witchcraft.

Churches painted with images of alewives in hell with demons cemented the association between female brewers and demonic magic.

According to the Catholic Church, alehouses were dens of sin that seduced men into gluttony and lust.

The witch trials were only one part of a larger movement to promote stricter morals and eliminate disorder and targeted independent women, and in Europe, that included women who made a living selling beer.

So… the conclusion? Our modern image of a witch likely came from alewives. 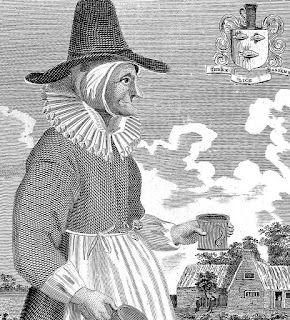 Am I the only person who did not know this?

Mother Louse was an Oxfordshire alewife in the 17th century. But today, she looks more like a witch than a brewer. That’s because the pointy hat, cauldron, and black cat we associate with witches today were all used by alewives.

Much Ado About Hearts of Owyhee
with guest star Clyde the Camel
by Jacquie Rogers
Life is always changing and our family has had a lot of big changes in the last few years, that's for sure.  But one thing that has been a constant for the last six years is my readers' event, Much Ado About Silver City.  Well, this year even that changed.  We moved the event from Silver City to my home town, Homedale, Idaho.  I was skeptical but to be honest, I just couldn't fathom getting people to Silver City with all the competing events--farmers markets, rodeos, craft shows, county fairs, and the like.
So...when you bash into a 50-ton boulder, turn left.  Yep, that's what I did.    I called around and finally landed the venue, the Homedale Senior Center.  It's a really nice facility complete with a kitchen and a stage.  Holy moly!  So onward and forward we go. 😃
Three other authors came and signed books.

We had wonderful music from the olden days courtesy of Matt Paxton, and in this photo, Andy Martin joined in, too.
Of course, you can't have a party without a camel!
You don't often see a camel in Homedale, Idaho.  He was a such an oddity that there was a traffic jam on Main Street--a four-car backup.  They're still talking about it.
And of course we had the World's Worst Melodrama.  This year, it was an Old West version of Romeo and Juliet, renamed Raphael and Julianne.  The script, while stealing directly from Wild Bill Shakespeare, had terrible jokes and only rhymed when convenient.  The actors kept losing their places, and the director seemed to have an issue with focus since she was greeting newcomers and in general admiring her fine script.  We all know Wild Bill was spinning in his grave.
We had a really good time and I never could've pulled this off without Diane Garland, who set up the room; Kim Garland, head cheerleader and pack mule; Mercedes Christesen, charity auction volunteer; Tresa Hiatt, dressmaker; and Mr R, Friar Lawrence and pack mule.  Thank you!
Diane and Kim came all the way from Ohio, which was quite an honor considering it was their 34th wedding anniversary.
Congratulations, Diane and Kim!
We'll do it all again next year, the 3rd weekend in July, July 15, 2023.  Mark it on your calendar and see you then.
Until next month, Happy Reading!
Jacquie's Website | Amazon author page | BookBub
Facebook | Instagram | Twitter | Goodreads | Pinterest
If you're on TikTok, friend me!  My handle is @jacquierogersbooks.
You can get videos of Honey Beaulieu and Sassy's latest updates there.  And goofy videos of her scribe.  Heck, we even do a few cooking videos.
Keep up with Jacquie Rogers' latest news at the
Pickle Barrel Gazette!
Honey Beaulieu - Man Hunter series

Posted by Jacquie Rogers at 1:55 AM 3 comments:

How embarrassing to be so late. I have a good excuse, but you know what Mary Poppins said: “Never give an excuse.” Anyway…

I love this house! I enjoy living here. I enjoy it more when the plumbing works properly. 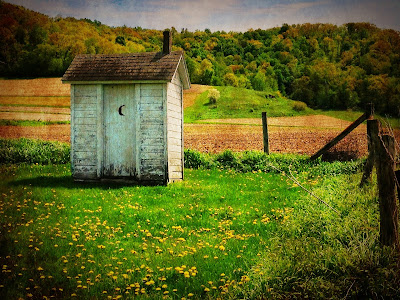 We don't want to go here!

We are currently battling years of tree roots and pipe deterioration. We have a plumber coming today. With any luck, he will do some roto-rooting to clear out the roots and be on his way. 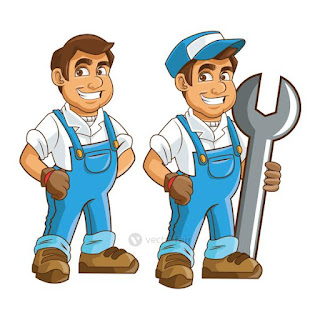 Last year, we had to have what we call “the mole people” come to our home with a slab foundation. There is an amazing machine which excavates a square just large enough for a thin plumber (more likely his very junior helper) to crawl in. The excavation sounds like a giant mole is underfoot. The young man detached the old pipe, attached the new one, and backed out.

But, that has to be the world’s worst job!

Then, the same machine moved the dirt back in place. No jackhammer required! Technological advances are not just in electronics, thank goodness.

Have a great day.

Posted by Caroline Clemmons at 11:42 AM 5 comments: