HOW I WRITE TRULY STRONG HEROINES By MICHELLE PENNINGTON

So often when I hear people discussing female characters, they always say that they want more strong heroines. Most writers, including me, want to write strong heroine. However, so many storytellers miss the mark.

I'm always hearing movies, books, and shows touted as having "strong heroines". More often than not, I'm left supremely disappointed. Why is it that so many storytellers--in various mediums--fail at something that should be so easy?

My conclusion is that they failed to understand what makes a woman strong.

For example, is it having equal strength or physical prowess to their male counterparts? Is it being tough, cold-hearted, and independent? Well, they can certainly have and be all those things, but I would argue that those things don’t make male characters “strong characters” in the way people mean either.

When Disney's live-action “Mulan” came out, I was incensed that their idea of making the titular character “stronger” was giving her super-powers that made it unnecessary for her to work hard, grow, or overcome anything hard. She started out powerful and stayed that way.

If you'll remember the animated movie, Mulan was physically weak, struggled with endurance, and had no fighting skills. The things that made her strong were her courage and willingness to sacrifice for her family. Those two qualities meant something because she had truly difficult circumstances and enemies to win against. And she did. In the end, we adored her because of how she earned the title of a kick-butt heroine.

Just recently, a new version of “Cinderella” came out on Netflix. I won't go into a full review of the show or anything, but I want to point out that in this instance too, in trying to make Cinderella a more powerful, girl-boss kind of female character, they watered down almost everything from the original story that made her BECOME the strong character she was. 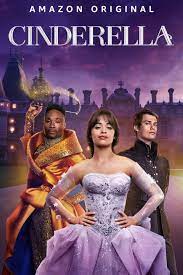 Poverty, bullying, social class, and being an orphan were the obstacles she had to climb over to get to her happily-ever-after. The only thing they left in was gender inequality, and even that was done in a weaker way. Believe me, most of us would have been bitter, petty, greedy, and lazy if we'd had to live Cinderella’s life, but she wasn't! Marrying the prince was NOT the victory in her story.

When watching “Shang Chi” with my husband—which does have strong female characters by the way—he turned to me and murmured that he was frustrated that the big, bad monster was beaten so easily.

I whispered back, "This movie wasn't about slaying the dragon."

"Oh, you mean it's about the metaphorical dragons." 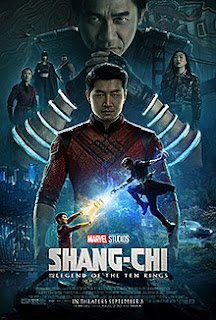 Heroines don’t have to slay dragons to be strong, though of course they might do that. Even if a prince comes in to protect and defend them, it doesn’t necessarily strip them of their power, courage, or resilience. In fact, there is nothing better than strong male and female characters working together and complementing each other.

Strong characters begin with weaknesses, flaws, and obstacles that they have to overcome. It's the internal journey of growth that makes characters resonate with us. It's seeing them struggle, hurt, fail, fall down...and then pull themselves to their feet again that makes us cheer for them and love them.

It’s just like developing muscle, which you can only do by working them repeatedly and breaking them apart so they can come back…stronger. Also, it’s important to note that there is no one, single way to be strong. Ways to be strong are as varied as the challenges that we face.

What we really want is for fiction to reflect what we see in the real world—because strong women are all around us. I saw it in my mother as she worked so hard to raise her five kids on her husband's teacher's salary—canning, sewing, making everything from scratch, and counting her pennies to buy birthday and Christmas presents. I've seen it in my mother-in-law when she was battled with breast cancer and grieved the loss of her husband. I've seen it in my sister when she struggled with infertility—and in the resilience and courage of her daughters that she adopted through foster care. I've seen it in my own daughters as they've faced bullying, insecurities, and losing friends to suicide. And when I give myself credit, I even see it in myself.

Strong heroines aren't hard to find in real life. The reason so many stories fail to deliver them is that the writers failed in the most important step...recognizing what it is that makes women strong. Because of that, they usually make things easier for them.

Michelle Pennington writes clean, heart-pounding, sigh-inducing romance across multiple genres: romantic comedy, young adult, contemporary, Regency, and fantasy. The genre might change, but her characters will always be falling in love. Find out more about Michelle at https://www.michelle-pennington.com

Posted by Caroline Clemmons at 12:30 AM