I've Been Put in a Niche by Vonnie Davis

Look at me. Do I look like I'd fit in any kind of niche? I'm no tiny woman to slip into a tiny spot. My editors at Random House Loveswept feel they have a niche I fit in quite well. I'm their Shifter author. I'm pleased--to a point. But I have to tell you, getting there wasn't easy on my writer's ego.

I've always jumped from one sub-genre to another, depending on the characters or storylines that came to me. I've written contemporary, historical, romantic suspense, and paranormal.

Another aspect has to be thrown into the mix:  My off the wall sense of humor. Readers seem to love it. My editors at Loveswept say I write slapstick and tell me to pull back on the humor. For me, that's like squeezing my size twenty behind into a size eight girdle. Ladies, it just isn't happening! 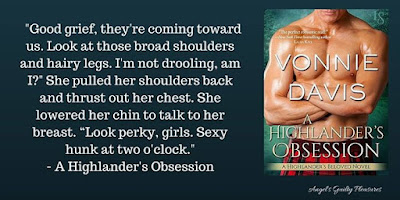 Then they told me to write a series about wounded warriors. I'm sure they thought I couldn't make that subject funny. And they were right. They never expected my quirky, secondary characters in that series either.

While I never expected the low sales. I only had 128 pre-orders and the team at Loveswept considered the three-book series a bust. I'd already turned in book two, so it'll come out on schedule. Book three was already history. All this was decided before book one was ever released. Publishing is a rough business. Sell or perish.

So, I needed a third book to fulfil that three-book contract. My editor claimed my plots were too heavy--kinda like my hips. I was told I needed to "dummy down" my writing. Write us a book with a thin, thin plot focusing only on the hero and heroine with merely a mention of other characters. First person, which I'd never tried writing.

So, I started. I submitted the first three chapters. They were returned. Too funny and not enough sex.

I cut out the humor and shook my head as I wrote a sex scene in chapter two between strangers. I sent it in. They sent it back. The sex scene was hilarious. I had everyone in stitches. Well...someone pass me a chocolate bar...QUICK!

We went back and forth like this for over a month. Finally, I got a call from my editor. They realized a large part of my voice was my humor. The team had looked over my sales numbers and realized my Highlander series was a slow success. Not a "one week out and on the best seller's list" kind of success, but a constant seller. So, they want another bear shifter series.

Humor will be okay. But no secondary characters. Who are they kidding? Secondary characters are the glue that make a story strong. Wait until my readers meet Milo Rogers, an American ex-serviceman who's on an island with the bear shifters. And that's only the beginning of what I plan to toss in their laps. I'm glad to be back writing my fictional world with paranormal happenings, but I'm not overly thrilled about being put in a niche. I just don't fit.
Posted by Vonnie Davis ~ Romance Author at 12:00 AM

Email ThisBlogThis!Share to TwitterShare to FacebookShare to Pinterest
Labels: Bear-shifters, Her Survivor, Hers to Heal, Hiighlander's Beloved, Vonnie Davis