the center of the home and many of my books 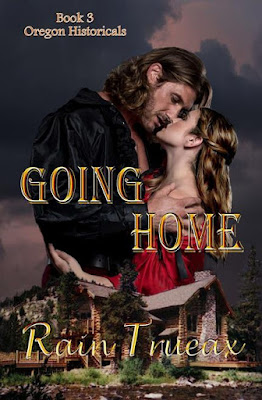 Recently, I realized many of my books have their important happenings in kitchens. This might be because so many important moments in my own life have been in kitchens. To me, they are the fulcrum of the home providing sustenance on many levels. As a child many large family gatherings were at my grandmother and aunt's big kitchen with wood and electric cook stoves at one end of the room and a very long table to allow twenty or more of us to eat together. I've used the energy of that kitchen in more than one of my books.

A kitchen in an historic novel always requires research for the time period and location as technology changed so fast.  Did it have electricity? Some soon did, but what about an ice box or refrigerator? What meals were most typical in each region? A few of the kitchens in my stories have been outdoors, very practical in the desert Southwest. Sometimes the center of food preparation was a campfire.

In my newest Oregon Historical, Going Home, there are two kitchens. In Portland, it is state of the art-- well, for 1865. The other is on an Eastern Oregon ranch where innovation was required as any utilities were many miles away. For instance, its kitchen had spigots, not pumps for water due to piping it from a spring above the house.

I grew up in such a home where the spring was a quarter mile from the house, and water came to us through a pipe. Sometimes the deer, who had access to half the spring, would knock the cover off our half and repairs had to be made. I am guessing we grew up with immunity to giardia by its frequency in our lives.

The kitchens in my stories are generally big rooms with a round or long table for family and friends to gather and argue over plans—sometimes doctor wounds. Some heroines have loved to cook. One pretended she could cook, until it became obvious to the hero she didn’t have a clue.

In Going Home, business woman Raine Stevens has a cook for her meals. It isn't that she doesn't know how. She is, however, busy and feels her days needing to cook are behind her.

Satisfied to be a spinster, she prefers life without the sacrifices, which she believes love of a man requires. Only one man ever tempted her to believe otherwise, and he went off to fight in the Civil War. When he returns, the fire is still there between them, but he’s too much the laird, as he dominates all around him. She sends him off with no hope for a future together. Except things in her life aren’t all as she had believed, and soon she follows him to the Hardman Ranch. Cooking returns to her life.

Book 3 in the Oregon series takes some of the Stevens family east of the Cascades. With outlaws, gold miners, and Native Americans determined to push the white man from their land, this wilderness requires strong men and women to tame it. Raine isn't sure she can qualify, but she's will find out.

Some strong language, violence, and sexual heat-- intended for mature readers. Available for eBooks at: Amazon and other sites through D2D-- soon to come for paperback.
Posted by Rain Trueax at 1:30 AM