PROTECT AND SERVE, SOLDIERS, SEALS, AND COPS / by Carra Copelin

Love men and women in uniform? 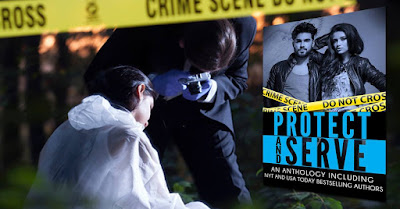 This anthology includes Never before published novellas from New York Times and USA Today and other best selling authors!

From rookie cops to special ops, this collection celebrates all of those who protect and serve.

Amity Cross - Rebel (A Men of the Underground Novella)

Find these on Amazon and Apple iBooks.

Here's a peek at LILAH BY MIDNIGHT, which is included in this awesome summer anthology. I released Lilah in 2013 as a New Years short story. I decided to revisit Mistletoe, Texas, Lilah and Jack, his daughter, Cassie, their friends Riley and Tara and increase their story to novella length. 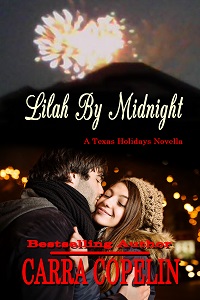 
Lilah Canfield has one last chance to save her career as a country music performer with a performance at Billy Bob's Texas in Fort Worth. Bad thing is the worst snow storm in a century has hit the Texas Panhandle making passage on the highways dangerous at best and closed at worst. When her motor coach slides off the road into a snow bank outside her hometown of Mistletoe, Texas, will Lilah make her gig and save her career? Or will she give it all up for a second chance at love?

Two years after the death of his wife, Sheriff’s Deputy Jack McCommas is ready to move forward for himself and his eight year old daughter. When he and a friend stop to help the folks in a stranded motor coach, he can't believe Lilah Canfield's standing in front of him and is literally shocked to realize the old spark is still there when they touch. He uncovers a plot to sideline Lilah’s career and realizes he has a dilemma. If he solves the mystery and she chooses her music, will he be able to let her go a second time? Or will he try to convince her to stay in Mistletoe?

See you next month when Fall will be in full swing. I'm really looking forward to cooler weather.