My Editor Accuses Me of Writing Slapstick Comedy by Vonnie Davis

I wish I could write love stories like Nicholas Sparks. Or political intrigue. But I write romance, often heavy with humor, and my editor keeps trying to pull me back. She says I write slapstick. Me! Well, I'm 67 and grew up in the era of slapstick or visual comedy. We didn't need canned laughter to tell us what was funny. 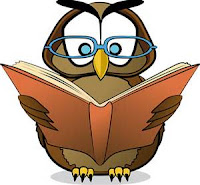 Now one would think, knowing my editor's preferences, I'd behave. And I try. I really do, but my mind runs amuck as I'm writing and things start to steamroll. I wrote a scene this week that my editor might make me remove when I turn in the manuscript in November. Someone has to read it. And guess who I'm forcing to do the deed? Goodness, I love a captive audience, especially when they're as lovely as you all.

Tuesday morning, Kelcee stood in front of her closet. A couple butterflies had somehow infiltrated her stomach while she blew her hair dry. The heat of her curling iron hadn’t chased them off, at all. In fact, the one with the shifty eyes had opened the door and whistled for the rest of their buddies to join them.

Darn if the annoying colorful creatures didn’t work their wings in unison, as if they were fluttering “Dus-tin…Dus…tin.” She’d dreamed about the ex-SEAL last night. He’d walked out of a swirling fog, holding a bouquet of flowers. A harp, saxophone, and cello had played, and she and Dustin had danced, with the mist swirling around their feet.

Her sheets were a tangled mess when she woke up—annoyed with the sexy dream’s effect on her body. One glance at her clock indicated she’d hit the snooze button two too many times. If she didn’t get her butt in gear, she’d be late opening the store.

She was not going to any special efforts on her appearance today just because Dustin was taking her to dinner after she closed the bookstore. After all, it was only business. Her fingers reached for a pair of jeans and, instead, pulled out a dress she’d bought at a yard sale months ago. She refused to question how that happened. Maybe it was the pink, turquoise, and golden butterflies woven into the black material of the bodice; they matched the ones pirouetting across the stage of her insides. The black skirt barely skimmed her full hips as she slipped it on. She should have rubbed a bar of soap over the zipper, for it worked as if it were rusted or something.

The dress would require dressier shoes. She grumbled under her breath. The man was causing her more trouble than he was worth. She eased on a pair of thigh-highs before stepping into black wedge open-toed shoes and reaching for a pink stretch belt.

Her cell chirped and she noted the caller before she answered. “Good morning, Jewel. How’s my favorite customer?” Jewel was one of those effervescent personalities Kelcee couldn’t help but adore. She was nearing seventy and just as spry as someone twenty years younger—and twice as ornery.

“Hi, doll. Are you expecting a shipment today? If so, what time? I’ll come in and help you unbox and shelve the books.”

Jewel was no more interested in helping her than she was in digging ditches. Kelcee knew how the avid reader thought, and a heat wave was headed their way. No doubt Jewel wanted to stay in the cool and read. “Yes. The UPS truck usually hits here about ten or ten-thirty.”

Kelcee inspected her appearance in the full-length mirror, slipped out of one of her black shoes, and slipped on a strappy pink heel. “I expect them to be in the order, too. I haven’t received any delay notices from the publishers.”

Kelcee replaced the other black wedge with the second pink shoe and swiveled to get the full effect. They did match the wide belt. She could add pink earrings. First, though, she’d need a garter belt if she was going to work all day in higher heels. Her thigh highs would keep creeping down her legs. Pulling a drawer open, she removed a piece of black lace lingerie.

It was as if she’d gotten dressed backwards. She was in a condition comparable to putting on a bra under a turtleneck she already wore. Exasperated, she slipped off the strappy heels and unzipped the dress to remove it. Her long curly hair got caught in the slow-working zipper. The more she tugged, the more her tresses tangled. She jerked one arm free, hoping she could yank the infernal garment over her head. Then her other arm. A bead of sweat trickled between her boobs, followed by another. “Twenty-six years old and I’m about to be bested by this second-hand garb. Dammit.” What a mess! She might have to cut a wad of her hair to get the thing off.

The phone chirped again.  Jewel, for God’s sake. Not now! I’m about to hang myself in this freakin’ dress.

There was a pause and then male laughter.

She pinched her eyes shut. Oh, crap. Who did I just blow off my big mouth to?

A sinfully deep voice filtered across the airspace. The one that raised the hair on her arms and made her clench her thighs. “Well, now, with an answer like that, you’ve already got my motor running in high gear. I never took you for a flogger and handcuff kind of woman but, hey, if that’s what you want, I’ll give it a try.”

“I…I…ah…thought you were one of my regular customers.”

The line went deathly quiet for a few beats. “What kind of customers are we talking about here, Kelcee?”

Her backbone jerked straight and some of the material sifted downward, making breathing easier. Did he just imply he thought she was a hooker? Her temper jumped several degrees into the “oh, hell no” category. “If you must know, some of my lady customers like to read a spicier form of romance. One just called a few minutes ago to see if her shipment would be in today. I thought it was her calling me back.” You jackass!

“I see. Maybe we should think about changing the name of your shop to Bookstore for the Fallen. Besides, don’t you have caller ID?”

“Yes, I’ve got it!” She waved her lacy lingerie as she all but shrieked into the phone. God, this man could make her fifty shades of crazy in thirty seconds. “Look, if I hadn’t been busy reaching for my garter belt with my zipper yanking my hair out by the roots…” She slapped the black lace against her lips. Oh, holy hell and jelly beans. Me and my big mouth.

“Don’t! Don’t say another word, except for yes or no. God woman, you can stir me up quicker than anyone I’ve ever met. All I called for was to make sure our having dinner tonight was still okay with you. I have a couple plans drawn up for you to look at before we go eat.”

“Yes,” she whispered, her face still burning with embarrassment.

“Good.” He paused again. “Are you blushing?”

“Hell, yes I’m blushing! I don’t like making a fool of myself. Or being made fun of.” She’d taken enough teasing in her teen years about being chubby. Although she’d lost some weight, the curves remained; and she’d come to accept them.

“Then we won’t mention it again.” The tone of his voice had gentled to an intimate purr and her nipples peaked. “See you later, Kelcee.” He ended the call.

She flopped across the bed. Men! They were all dangerous—just in different ways. Her phone dinged with an incoming text.

“Put me out of my misery. What color is it?” The sneak had the nerve to add a smiley face.

“U said we wouldn’t mention it again.” She shoved her phone under one of her pillow shams and worked the zipper back and forth, pulling out strands of hair until she’d gotten it all freed. The cushion did little to muffle the ding. Oh crap, this man would drive her batshit crazy. The war must have scrambled his common sense. What an awful thing for me to think. That’s a terrible reaction toward a hero. She dove for the phone.

“A text is not a mention.” He’d had the nerve to add puckered lips.

She shook her cell as if it were a rag doll. Can’t he see I’ve got my garter belt around my ankles? He’s like a mosquito buzzing around my head. Good Lord, I’d like to spray his tight ass with Raid.

This scene may or may not be in book one of my Eagle Ridge Ranch series about wounded ex-SEALs. My editor's expecting deep, soul wrenching, tissue grabbing stories. She'll get some of that, too, if I can just keep myself in check. Keep your fingers crossed for me.

To read more about Vonnie Davis, go to www.VonnieDavis.com.