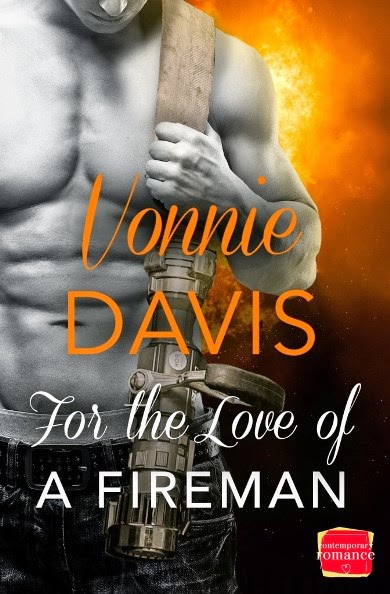 Although I stuck in bits of humor here and there throughout the book, I also thought I wove in moments to take a person's breath away, to play on their sympathies and to make them feel sorry for this man who has lost so many loved ones in his lifetime. Somewhere along the line, I got confused.
Posted by Vonnie Davis ~ Romance Author at 12:00 AM

Email ThisBlogThis!Share to TwitterShare to FacebookShare to Pinterest
Labels: "For the Love of a Fireman", dogs, Firemen's Wild Heat Series, HarperImpulse, Vonnie Davis