It's been a tough year for everyone, but a vaccine will soon be here! Woohoo! Here's wishing the very best to everyone in the new year!

It is Christmas in the heart

that puts Christmas in the air. 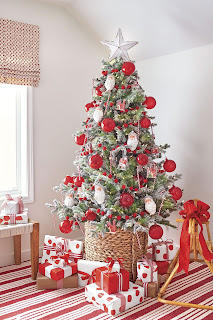 A person of great wealth or importance.

Nabob gained its extended sense of a prominent person in the late 18th century, when it was applied sarcastically to British officials of the East India Company returning home after amassing great wealth in Asia. The word was perhaps most famously used by Vice President Spiro Agnew, in a 1970 speech written by William Safire, when he referred to critical members of the news media as "nattering nabobs of negativism."

Nabob is worth nine points in Scrabble.

Using Nabob in a sentence

When the nabob walked into the meeting, everyone stood to show respect to him.

I have a western romance for you today with a little Christmas theme and a HEA! This sweet novella was written in my pen name, Cait Braxton.

On the run from her vicious Kiowa husband, Catherine seeks shelter from a raging dust storm when labor begins. Fate steps in when retired tracker Elam also seeks refuge from the elements and stumbles upon the same ramshackle dwelling.

Elam helps Catherine deliver her child and a strong bond develops between them. But outside, biding his time until the squall passes, someone evil longs to claim both their lives and take what is rightfully his…the child.

I'm going north where the grey wolf country is.
The wolves might eat or kill me.
I may not come back
Brother, if I don't come back, you will cry for me.

“First, I loved the cover of this novella. I really enjoyed reading it as well. It is well written and both sweet and suspenseful. Catherine and Elam have both suffered loss and have the chance at happiness with each other.” – Carol, Goodreads Addict

“Cait Braxton did an amazing job! A white girl, taken by the Kiowa years before, escapes the brutality of her powerful husband while ready to give birth. A tale filled with fear, bravery and honor, the feeling of hope for the future still shines through!” Dianne B. Tome Tender 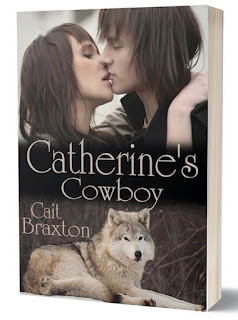 Thanks so much for stopping by. Don't forget to leave a review if you enjoyed Catherine's Cowboy.