Meanwhile, Back On The Farm

When you're up before dawn googling 'What does the queen have for breakfast?' it's fair to say you're a royal junkie. Not only am I captivated by the current royals, but also the legion who have gone before them. I've long been absorbed in British, as well as American history. My genetic heritage. Past tragedies affect me, like Anne Boleyn's cruel fate, and the fickleness (to put it mildly) of Henry the VIII. As to the question of whether or not old King Henry should be exhumed, I can see the validity in that. Tests could determine if he had a rare genetic disorder and related mental illness, and help to explain why he became an evil tyrant. Understandably, Queen Elizabeth disagrees. I suppose she feels he should rest in whatever peace he's got, and if you allow one ancestor to be dug up, where does it end? 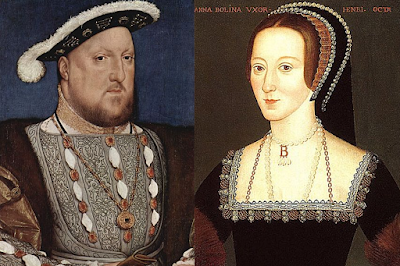 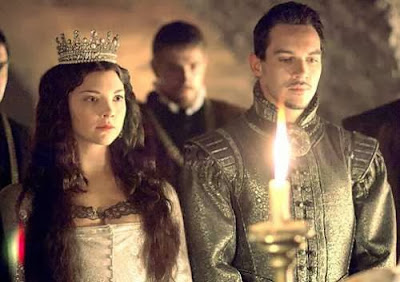 (My favorite Henry and Anne)

Like the eager hordes, I've been following the drama of 'Meghxit'. Mostly, I'm concerned for the survival of the monarchy and poor Queen Elizabeth, who has nobly endured a great many trials. I don't have an inside track on what Harry and Meghan have endured, but I embrace the adage: 'With great power comes great responsibility' (Spiderman). My mom always says, "You do what you have to do." And I have the overwhelming knowledge of 'The Greatest Generation' who did what they had to do and saved the world from Hitler.

How do you tell your grandmother, the queen, who has denied herself and placed duty first her entire life, that you're done? And how do you transition from life as an adored prince to whatever it is Harry will become? If he changes his mind, then what? 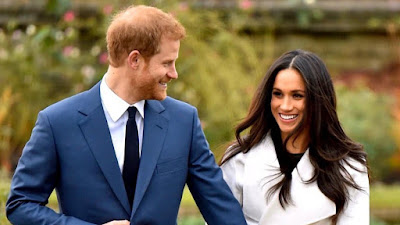 We remember his great uncle, King Edward VIII, who abdicated his throne for the woman he loved. Uncle Dickie led a lonely life in exile, even with Wallis Simpson by his side. Harry's situation is very different from Edward's, but there are similarities. Edward was a very popular king, and the people hated to see him go. Harry is a highly valued prince who will be sorely missed. The royals follow a strict set of rules which you cannot break and still uphold your place. You cannot have it both ways. Either you're in or you're out.

I've read many articles ranging from angry Brits who want Harry to pull his socks up and get on with it, to those who strongly sympathize with the couple. As the months pass, will throngs still follow their every move when they're apart from what it means to be a royal?
***Shakes head, sad sigh.

Poor William and Kate will be rushed off their feet with all the added duties. Little Prince George and Princess Charlotte may have to be bustled off from nursery school to make appearances The corgis could assume new roles. When the queen said she was too old to get another corgi pup, it pained me. I think she should. She has adequate staff to assist with training and care for the dog(s) that outlive her. And if anyone needs a puppy, it's her. 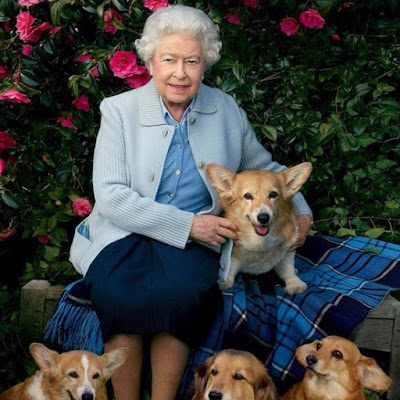 Back on the farm, I'm battling this year's respiratory thing--with the welcome help of an antibiotic--and striving to finish the paranormal time travel mystery romance I've been at work on for two years. Everything from grief over my dad, to illness, to life happens has slowed me down, but I'm finally making headway. This may be my best book ever. I'm not sure how to entitle it. Technically, this is number four in my Ladies in Time series. But these stories do not need to be read in order. The theme is the main thing. This book could stand alone but it loosely ties into the one before it. I will be quite sad if it flops because of the faulty thinking that books need to be read in order. Any ideas? 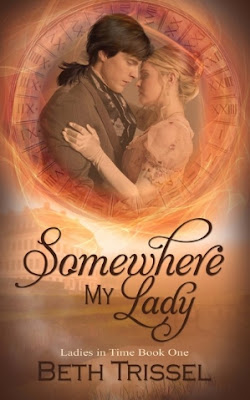 Somewhere My Lady: Book One, Ladies in Time

Lorna Randolph is hired for the summer at Harrison Hall in Virginia, where Revolutionary-War reenactors provide guided tours of the elegant old home. She doesn't expect to receive a note and a kiss from a handsome young man who then vanishes into mist.Harrison Hall itself has plans for Lorna – and for Hart Harrison, her momentary suitor and its 18th century heir. Past and present are bound by pledges of love, and modern science melds with old skills and history as Harrison Hall takes Lorna and Hart through time in a race to solve a mystery and save Hart's life before the Midsummer Ball.

For more on my work, please visit my Amazon Author Page: https://www.amazon.com/Beth-Trissel/e/B002BLLAJ6
Posted by Beth Trissel at 5:51 AM