Welcome to SMART GIRLS READ ROMANCE again. We're happy you dropped in!If you're as excited as me to see the new film LITTLE WOMEN, here are some interesting facts about the new film and, of course, Alcott's book. 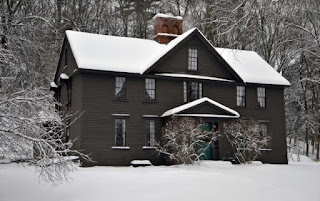 The story behind Little Women all begins with Orchard House in Concord, Massachusetts, the home of the book’s author, Louis May Alcott.

The new film, Little Women, opened in the UK today. It’s not surprising the director of the movie, Greta Gerwig, brought the cast and crew to Orchard House before filming. She wanted the women in the film to realize how Louis and her family really lived.

Here are the actors in the new film:


Marmee is played by Laura Dern 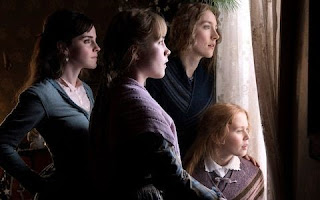 Good things to know beforehand if you ever plan to visit Orchard House, although the house has a tour guide and will provide you with lots of information.

* The Alcotts’ home has been preserved largely as they left it, down to Louisa’s needlework kit with her name embroidered on it.


* The kitchen still has the soapstone sink and a bread board that artist May used to practice pyrography – burning pictures into wood.


* May’s paintings and drawings also adorn the dining room, parlor, Louisa’s room and her own bedroom. In the family’s study there’s a portrait of May, who spent her last years in Europe.


* The girls’ father Amos was an idealist teacher who championed vegetarianism, social justice and women’s rights but whose financial mistakes kept the family in poverty.


* The house was already 200 years old when he bought it in 1857 and named it after an orchard of 40 apple trees within the grounds.


* His wife Abigail, or “Abba”, always stood by him, despite his inability to support her and their daughters. Being without him would be like “living without breath”, she wrote in her journal.


* Louisa managed to make money by selling stories before eventually writing Little Women and its sequels, Little Men and Jo’s Boys. When her health began to deteriorate, she took safe harbor in Switzerland. She died at age 55.


* The sisters also used the dining room as a stage, performing home-made plays for friends and neighbors who gathered in an adjoining parlor. Below is a picture of Louisa's bedroom. 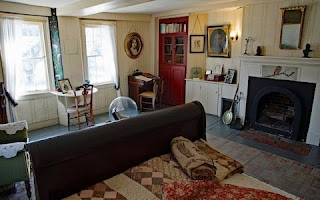 For those who will never get the chance to visit Louis May Alcott’s home, you can find the book HERE  where Alcott dispenses immense knowledge about their lives and Orchard House.

If you’re not a fan of Coming-of-Age stories (the official genre of Little Women), I have a book from the same era (set in the United States) on special this month. 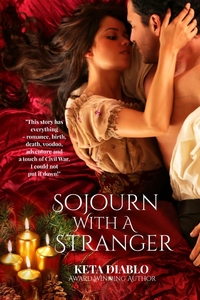 SOJOURN WITH A STRANGER

"This story has everything & then some–romance, birth, death, voodoo, adventure, psychic ability. I could not put it down! Not once!"⭐️⭐️⭐️⭐️⭐️

"Sojourn With A Stranger is absolutely wonderful! I was captivated from beginning to end. The characters blend together effortlessly while keeping up the normal love hate relationship they seem to share.” ⭐️⭐️⭐️⭐️⭐️

"Diablo excels at creating characters with depth and charisma and then placing them in unusual, sometimes uncomfortable, situations. The story is outstanding, the characters are delightful and the hot intimate scenes are tastefully described in such a way that is sure to set fire to your heart.” ⭐️⭐️⭐️⭐️⭐️


Raine Brinsley is penniless after her are parents drowned at sea. She's sent by the local minister to Stafford House to apply for a job as a servant. Despite the alarm bells going off in her head, she accepts the offer of employment. She has one goal in mind, to return to her beloved grandfather in Maine. ⭐️⭐️⭐️⭐️⭐️


About Sojourn With A Stranger:

Lord of the Manor, Derek Stafford, has his own dilemmas to worry about. His wife committed suicide some time ago after several babies were stillborn. Derek and his brother, Lyman, race to produce the first male heir of Stafford House. The winner will receive not only the title to the eloquent manor but also an enormous sum of money from their wealthy father.
Derek decides the beautiful Raine will make the perfect surrogate. If only he can convince the young woman that signing a contract to bear his son will serve both their needs: She can return to her grandfather and he'll inherit a life of wealth and luxury.
But dark stirrings are afoot at Stafford House. A ghost haunts the halls of the manor and the spirit is intent on exposing her killer to Raine. Steeped in murderous plots, Derek and Raine face insurmountable odds of achieving their dreams.
And fight the insatiable hunger between them.