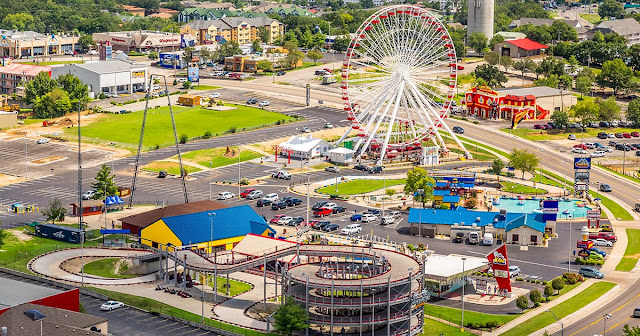 One of my favorite vacation memories occurred one summer during this same week of July when my husband and I took a trip to Branson. My sister, Ruthie, her husband, and kids made plans to join us a couple days later.

Terry and I got in town two days ahead of the rest of my family, since any chance of sight-seeing would be dashed once the entourage arrived. You see, my teen-aged nephew Shannon, his dad, David, and my teenaged niece, Mandy were avid fans of the Branson go-kart tracks.

The guys had already placed bets on who would win the title at Track V. The sign at Track V read: “Fastest Go-Carts on Highway 76.” The guys had boasted regularly since the previous summer about who would take first place in the race, while my niece smiled demurely. 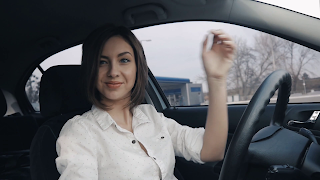 Mandy is a “girlie-girl." She goes nowhere without perfect makeup and every hair in place. But don't let that fool you. She can hang tough with the best of them. I can still envision the guys' shocked faces as she raced past them yelling, “Catch you later, Dudes!”

But, I digress. Back to the real story.

My husband and I met the entourage at Track V on the afternoon of our third day. Their Ford Expedition was there when we pulled in. We found my sister standing near the gate. When Ruthie informed us that her husband, Shannon, and Mandy were already in the ticket line, Terry dashed off to purchase his own.

Ruthie and I watched her son slam into his dad's go-kart and spin it around 180 degrees. I remember thinking no sane female would get in on this action. Well... none except my niece, Mandy.

My husband, a kid at heart, never turns down a challenge. Combine his determination to win with my thrill-seeking, 16-year-old nephew, and prepared yourselves for explosives.

The guys and Mandy climbed in their carts and fastened their seat belts, rearin' to go. The wiry teenager in charge of the track was feisty in a Barney Fife sort of way. He could have been invisible for the attention he received from the impatient go-kart drivers. 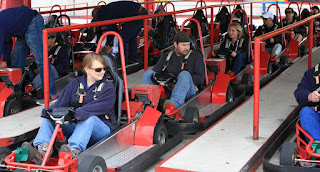 Another young man’s voice croaked over the speakers explaining the rules of the race, while impatient drivers revved their engines, drowning out every other word.

“Do NOT crowd! Do NOT tailgate! Do NOT bump or push!” My husband and nephew had heard these rules many times, and as usual, turned a deaf ear, adhering to their own rules.

The announcer continued: “The gas pedal is on your right and the brake pedal on your left! Do not attempt to take off until all stops are removed!”

Then the Barney Fife character pulled the stops. Va-room! The race was on. Ten cars launched onto the track single file, burning rubber, as the slight employee fled the scene.

Terry gained on Shannon and tried to overtake him. Shannon moved to the center to block. He sideswiped Terry’s car, sending him and it hurtling into the guardrail. 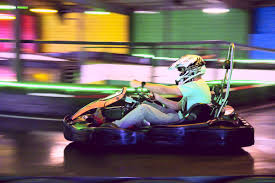 When the spinning stopped, a dizzy-headed Terry was unharmed, but his car faced the wrong direction. (These go-carts have no reverse). In an attempt to turn it around, Terry repeatedly hit the accelerator, ramming his cart against the guardrail.

Seeing his plight, one track employee ran over to help. Together they pushed and heaved until the kart faced the right direction. Terry plunged into the seat and raced off with a burning determination to get revenge on Shannon.

Terry and Shannon's horseplay put them last across the finish line, in the lineup. While ten exhilarated drivers waited in procession for permission to abandon their go-carts, Shannon raced full speed towards the finale. I clapped my hands to my face. I knew there would be trouble. The boy didn't even slow down.

The red-faced Track Commander stamped toward Shannon until my husband's car zoomed into sight. Startled by the excessive speed, the poor guy darted a safe distance away. 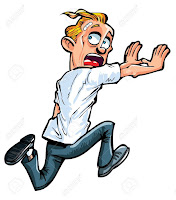 Terry's entrance made my nephew's look tame. Once more--Whack! Whack! Whack! When Terry's car rammed into Shannon's, my nephew's head jerked backward, erasing the smirk. He rubbed the back of his neck and looked around to see who had struck him. Again, the sound of metal striking metal, reverberated through the line-up of go-carts, jerking all heads backward. 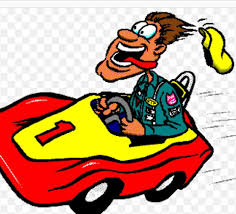 By now the Track Commander was enraged. In true Deputy Fife character, he marched straight over, his face contorted, to where our guys sat. Trying to appear ashamed, Shannon wore a sorrowful expression. Terry didn't even try. His shoulders shook from suppressed laughter.

The Deputy Fife employee first shook his bony finger in Shannon’s face and screamed, “You will NOT ride anymore today!” Then he took a few steps to the back of the line and shook his finger in Terry’s face.

I could hardly believe my ears. My husband and nephew expelled from Track V for reckless driving. Both claimed they had mistaken the accelerator pedal for the brake.

Yeah, right. We took their stories with a grain of salt.

Ruthie and I hoped our guys would be sorry for what they'd done to get their driving privileges revoked. But, they weren't While Terry's face showed a sheepish grin, Shannon slapped him on the back and grinned. “Uncle Terry, you know what? The shift here changes in a couple of hours. We can eat supper and come back. The next shift won’t have a clue about this.”

You may ask who won this race. The Answer: David, Shannon’s dad, came in first. Not being the aggressive type, my brother-in-law putted along like Goofy on a pleasure ride. Except for the one time Shannon spun his dad's kart around, my brother-in-law enjoyed an uneventful ride. Like old Goofy, he laid back, putted along, and took in the fresh air of the Ozark mountains. 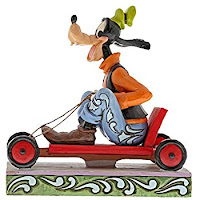 As with the Tortoise in the famed tale, The Tortoise And The Hare, David took first place by plodding along, minding his own business. No honors, no trophy. Just the glory of being called by his family, “The Winner at Track V.”

The title was well-deserved. Moral to the story: "Playing by the rules pays off. "

Brady's still grieving over his the death of his wife, who was struck by a drunk driver. He feels that his heart was buried with her.

An ice storm, fallen trees, and cups of hot cocoa throw this unlikely pair together. Will they fight their attraction to each other, or will they allow God to heal their broken hearts.

Could the jonquils bursting through the snow be a sign of new beginnings?
https://www.amazon.com/Jonquils-Snow-Laurean-Brooks-ebook/dp/B075H22SND/ref=sr_1_1?keywords=Jonquils+In+The+Snow%2F+Laurean+Brooks&qid=1563578206&s=digital-text&sr=1-1 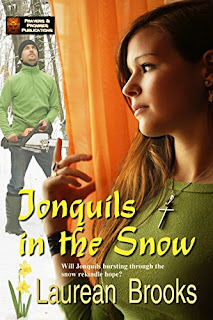