Living in Camelot by Bea Tifton

When I was growing up, we moved several times. My favorite place to live as a child was in what was then a little village in East Texas. It’s since grown to be a major community, but I’ve never gone back. I’d rather remember it the way it was. 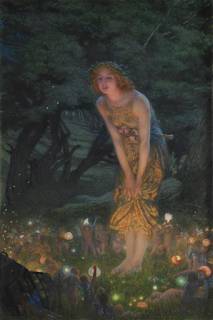 We lived on a lake, next to a creek. My part of town wasn’t completely developed, so there were what seemed like miles of vacant lots with bike paths dozens of bikes had beaten. We would stay out all morning in the summer and on Saturdays, go in for lunch, and, depending on how brutal the Texas heat was, either stay in for the worst of the afternoon heat or just go out and brave the temperatures. We rode our bikes without helmets or knee pads, climbed trees, scrambled up and down our swing sets, and did all matter of things that are considered too dangerous today.  If one mother called that evening, we would all go in as we knew ours would be next.  Most of the time we just went in as soon as the streetlights went on. Living near a creek and a lake meant lots of wildlife. I learned to appreciate opossums, raccoons, squirrels, and turtles, and to have a healthy respect for snakes and scorpions.  We would take bacon and fish for crawdads, then watch them crawl along in buckets and laugh at their antics before we let them all go again. We watched tadpoles swimming in the lake and were fascinated as they gradually  became frogs.

One summer morning I decided to catch ladybugs. I had just filled a jar when my
mother called me in to rest during the worst of the summer heat. I was just lying down when I saw it. A ladybug crawling along my bedspread. As I hid my jar in my bedclothes, the lid had come off. I spent the rest of my afternoon frantically collecting ladybugs before my mother came back in. Later, I let them all go again, but outside this time. 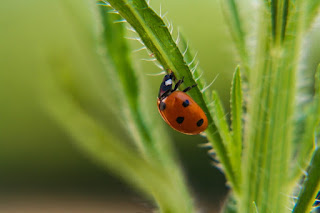 At night we would collect lightning bugs. I thought it was cruel to let them die, so I would collect them and watch them a moment, then hold my jar up as high as I could and let them fly out, like stars joining the night sky. 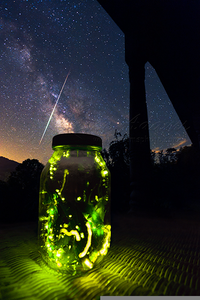 Every good thing must end, and one year we left Camelot. My father got a promotion and it took us to the land of palmetto bugs and poisonous snakes. I know things weren’t as perfect as I remember, but it’s a nice memory. A place to return when things get way too complicated or stressful.


When I was in college I wrote a poem about this time with such a special place in my heart.

Fireflies held
In glass jars—
Unlidded, of course.
(Trapping them
Would be cruel.)
We held our jars high
And pretended they
Were lanterns,
Dimming as each
Firefly found
Its way out
And flew away.

Cattail wars—
Hitting each other
In ecstasy
Until our mothers,
Alerted by
The flying fur,
Stuck their heads
Outside and
Yelled yet again,
“I TOLD you
Not to do that!”

Turtles, ladybugs,
And tadpoles.
Swinging on
Willow trees and
Climbing on rocks.
Sometimes in my mind
I return there
When I need
The quiet energy
Of sheer happiness.


Do you have a special place to which you return in your mind from time to time? Leave a comment below.