Much Ado About Mail-Order Brides
by Jacquie Rogers 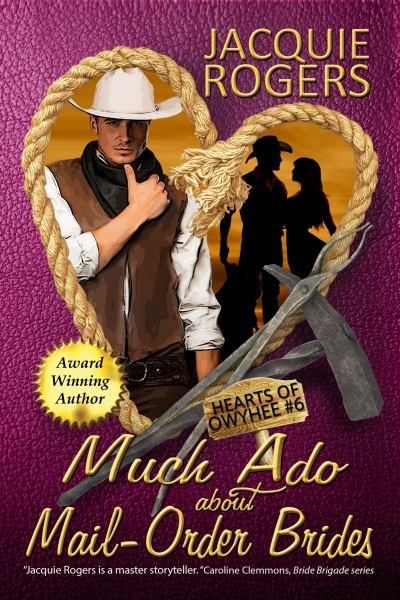 As the earth hurls around the sun, sometimes I feel as if it left me behind and the only thing to do is wait for the earth to come back around so I can hop on.  Yes, we're still unpacking.  No, we don't have the design made for the kitchen remodel.  Or the bathroom remodel.  Sometimes life just gets in the way.

Our 500-mile move from Seattle to SW Idaho was easy, though.  We had trucks and movers.  In the 19th Century, they had trains and wagons.  Train fare was expensive so even after the Transcontinental Railroad was built, many moved by wagon train.  However, in the case of a fictional mail-order bride, who would likely only have a few trunks, most authors bring them out West by train.

I've written a few mail-order bride books.  For the most part, we authors play on the mythos rather than the facts, because the facts seem unlikely in our modern world.  First of all, the term "mail-order" is a 20th Century term.  Second, most brides were obtained through newspaper ads, local pastors back home, friends of friends, or sometimes through matrimonial services. 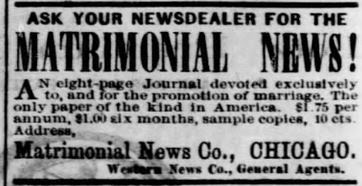 For a good amount of research on this topic, check out romance author Kristin Holt's multi-part series on mail-order bride scams.

In Much Ado About Mail-Order Brides (Hearts of Owyhee #6), Bram McKinnon, the oldest McKinnon brother and the one who always does everything correctly, goes through a matrimonial agency to find the perfect bride.  Um, but so does his sister.  So does his mother.  And all three brides arrive by train at the station in Caldwell, Idaho Territory.  From there, they had to take the stagecoach to Silver City.

We live near Caldwell now and I drove by the depot just a few days ago.  As for Silver City, I host a readers' event there every year.  This year it's July 19-21.  You can read about it on my event page although the dates are not updated.  Everything else is the same, though.  I can't even tell you how much fun I have incorporating the Idaho Hotel and some of the other businesses into my story.  Sometimes I even sneak my friends in there, too!

I was able to incorporate the Idaho Hotel, the War Eagle Hotel (which no longer exists), the Masonic Hall, the drug store, the Owyhee Avalanche office, and several other real places into Much Ado About Mail-Order Brides, but Bram's blacksmith shop and Mellie's Cafe are fictional.  You can read more about Silver City--an authentic western boom town that has never been spoiled by the modern world (and isn't touristy)--at the Historic Silver City website.

I hope you enjoy the book and hey, wouldn't it be a ton of fun to see exactly where a book is set?  Put July 19-21 on your calendar!

Posted by Jacquie Rogers at 4:45 AM

Email ThisBlogThis!Share to TwitterShare to FacebookShare to Pinterest
Labels: Hearts of Owyhee, Jacquie Rogers, Much Ado About Mail-Order Brides