Not to give away my age. Ahem! However, 30 years ago, when I decided to write a novel it was a murder mystery. Those were the types of books I read one - author's collection after another from our public library.

I had small children, and a husband who was gone a lot driving truck. At night after putting the kids to bed, I read. After I sent them off to school and finished all my household chores, I wrote. On a typewriter, on a small table, in my bedroom. This is also where I wrote freelance articles for a local paper.

Our grade school put in a computer lab. I signed up to help to learn how to use a computer. The instructor was a wonderful woman who allowed me to spend an hour in the lab before classes started and write with a computer. I'd take my floppy disk back and forth to the school with me.

Then my mother inherited some money and gave each of her children a small amount. I used that money to purchase my first computer. It was so freeing to be able to backspace and fix things rather than whiteout. I could move whole paragraphs and really edit without thinking of it as more work than I wanted to deal with.

With that computer I wrote my first murder mystery. I thought it was a good story. But at the time

I didn't know about writers groups, they were just becoming more visible on the internet. I did research and tried to find an agent, browsing through the tombs of books at the library with agents, editors, and publishers and what they liked and were looking for.

I received rejections and I was had by one agent who I paid, which I later learned you weren't supposed to do. I tried to get into mystery organizations but they only accepted already published authors. I needed help. I knew my writing wasn't good enough to be published and I was looking for a place to learn more.

After two mystery books and a failure to find anyone to help me learn more, I picked up a Nora Roberts book and a LaVyrle Spencer book. Reading those made me think I could write romance. These books sounded like real people with real struggles. I knew that. I began writing historical western romance, because I love American history and didn't mind researching. Then I found RWA (Romance Writers of America) and I learned the craft I was longing to know. I learned about the business side of things, and I made contacts and friends in the romance world.

I joined RWA in 1998 and published my first book in 2006 with a new small romance press, Wild Rose Press. I went on to publish 10 books with them. This was after writing 7 novels that most likely will never see the light of day. Though I'm thinking about using the premise of one of them.

2010 I had several author friends urging me to jump on the new self-publishing wave. I mulled it over and in 2011, I took the plunge. I haven't looked back. I love being in charge of the cover, the back blurb, and the formatting. I never thought I was a control freak but now, I can't see myself letting someone else dictate that for one of my books.

2016 I came up with the idea for a mystery series. I was bouncing as the ideas came to me. I would finally get back to what started me writing in the first place- Murder Mystery.The first Shandra Higheagle Mystery released in 2017. I now have 12 books published and 9 of them in audio book. 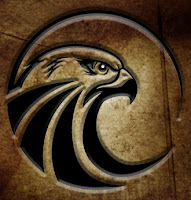 This year I introduced a new series and new character. Gabriel Hawke. The Shandra books have a bit more romance in them than the Hawke books will, but he will be juggling his feelings for two different women for a while in the series. And possibly all the way through.

As I push further with my mystery series, I am slowly finishing out my western romance series. Though both my mystery series could be considered contemporary westerns. As they are both set in rural settings and the main characters have horses.

The latest novella in my Tumbling Creek Ranch series is The Wrong Cowboy to Love and is now available in ebook at all ebook vendors. 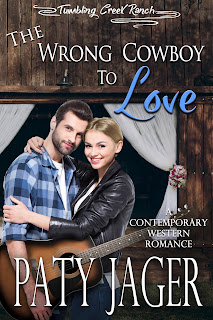 Computer geek Ruby Cutter feels like a fish out of water with a makeover her cousin put her through for the bachelorette party and wedding. The only reason she went along with it…her high school crush will be at the wedding. She’d fantasized for years over him and plans to make him see her.

Dillon Wallis is minding his own business getting ready for a gig at a bar when a tipsy, blonde who is with a bachelorette party and doesn’t realize she’s gorgeous, tumbles into his arms and captures his heart.

The only problem…she’s in love with his cousin.

Paty Jager is an award-winning author of 37 novels, 6 novellas, and numerous anthologies of murder mystery and western romance. All her work has Western or Native American elements in them along with hints of humor and engaging characters. Paty and her husband raise alfalfa hay in rural eastern Oregon. Riding horses and battling rattlesnakes, she not only writes the western lifestyle, she lives it.


Photos purchased from DepositPhotos
Posted by Paty Jager at 12:01 AM