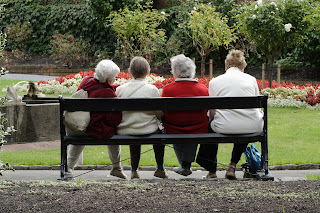 Occasionally, I post something funny. Since I'm late blogging this morning, I thought I'd share a joke with you. (See the end of the post for a FREE ebook offer.)

Actually, this joke is more than a joke. It's a picture of life in small towns and rural America--and not just in the South.

A friend who grew up with me sent it to me by email a while back. We are both from the same small southern town.

He and I could probably name more than a dozen women, heck, make that two or three dozen, who could be the Southern grandma at the heart of this story. 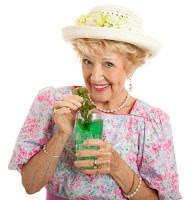 Lawyers should never ask a Southern grandma a question if they aren't prepared for the answer. In a trial, a Southern small town prosecuting attorney called his first witness, a grandmotherly, elderly woman to the stand. He approached her and asked, "Mrs. Jones, do you know me?"

She responded, "Why, yes, I do know you, Mr. Williams. I've known you since you were a young boy, and frankly, you've been a big disappointment to me. You lie, you cheat on your wife. You manipulate people and talk about them behind their backs. You think you're a big shot when you haven't the brains to realize you never will amount to anything more than a two-bit paper pusher. Yes, I know you."

The lawyer was stunned! Not knowing what else to do, he pointed across the room and asked, "Mrs. Jones, do you know the defense attorney?"

She again replied, "Why, yes, I do. I've known Mr. Bradley since he was a youngster, too. He's lazy, bigoted, and he has a drinking problem. He can't build a normal relationship with anyone, and his law practice is one of the worst in the entire state. Not to mention he cheated on his wife with three different women. One of them was your wife. Yes, I know him." 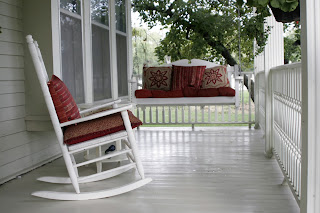 The judge asked both attorneys to approach the bench. In a near whisper, he said, "If either of you idiots asks her if she knows me, I'll send you to the electric chair."

Yes, that's how it is in small towns. Everyone knows everyone else from cradle to grave. One thing about it, you can't get away with anything in a small town.

That sense of community--the good and the bad--is why I love setting a book in a small town. Recently, I published a romance short story, another in my short reads series A Moment in Time.

Blame It On Chocolate 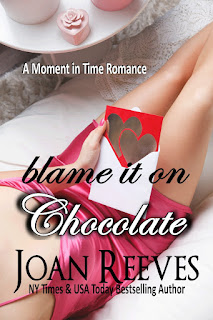 A Moment in Time is all it takes for Love to be revealed.

Chloe Elliot was the good girl. She’d never been a hell-raiser. Never gotten drunk, used drugs, smoked pot, or slept around. She didn’t even curse!

Since her dad was the son of a minister and the oft-elected mayor, and her mom was the elementary school principal, she'd had no choice but to live a life above reproach. Truthfully, it really hadn’t been that difficult.

Until Hunter Cole returned to his home town.

That was the beginning of Chloe's fall from good girl status. There was just something about the man that addled her brain and created havoc in her body. 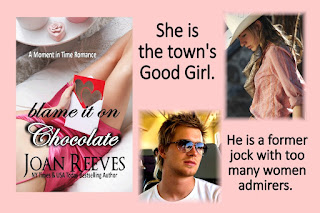 Hunter Cole reckoned he had the best of all possible worlds. He'd played for the NFL, and even though two back surgeries had ended that career, he was lucky enough to follow in his dad's footsteps and work the family ranch and also follow his granddad's path and be the sheriff in his west Texas town. Life was perfect.

Until he dropped by the library to say hello to his best friend's little sister.

Chloe wasn't so little any more. In fact, just looking at her made his common sense evaporate. She affected him like no other woman--and he'd had women throwing themselves at him since he was a high school quarterback! If he made a move on her, her brother would nail his hide to the wall. There was only one thing he could do, but did he really want to do that? The thought of it made his bachelor heart shudder with alarm.

This romantic comedy short story, Blame It On Chocolate is only 99cents, and it's available only at Amazon Kindle for now.

Get a free ebook today! Just click to claim yours. Joan is giving away copies of one of her most popular romantic comedies. Just click and follow the prompts.