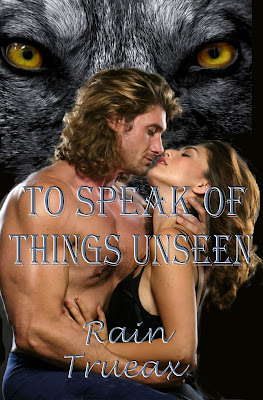 due out end of July, second book in what is now called the Barrio Viejo series
Because I've been wrestling with how to best promote the next book, debating what is a wise use of my time in marketing, these two links were of interest.


Please shut up-- why self promotion as an author doesn't work

To be honest, I felt a sense of relief reading that first one, as social media can suck up a lot of time. How much does it help? For writers who push their books a ton of places at once, I suspect it is more annoying for readers to find their news feed swamped by those blurbs.

On the other hand, social media is one of the few places writers can let readers get to know them and their work. Most writers don't like doing promotion, but it's also no fun to see a book fall into Amazon's black hole-- and without readers, that's exactly what will happen. The following site then offered hope

It's not enough to get your book seen. It has to be seen by those most likely to read that genre. I would love to hear from those who are wildly successful at it as I have never understood what works. I use Facebook, Twitter, Pinterest, email list signup, and do post new books on GoodReads (but don't do more there than that). Facebook is where I've spent the most time.

Often when I get a jump in sales, I can't tie it to anything I did-- nor have I ever figured out why suddenly there are no sales. I've used only one place to promote my books using $$-- boosting a post at Facebook. I then saw many coming to the site... but sales??? pffft.

In terms of social media, I guess I'll keep my blogs active (even when a lot of times I have to dig for something to say), notify my email list when new books come out, offer tweets every couple of days, and participate in places that I feel I can contribute something in terms of writing process. Also I'll share new books by other authors, when I have enjoyed their books.  I don't want to spend lots of hours in social media

For this week, I have a book to do the final edit after it comes back from the beta readers, creating a book trailer, writing a blurb, and am beginning to plot out the next book in this series. Overall, I think it'll do well... Okay, I don't know about that, but i am excited about the subject matter and mostly that's what it's about. 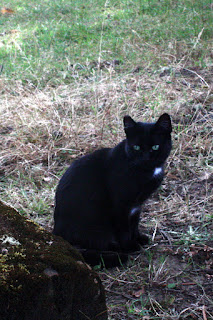 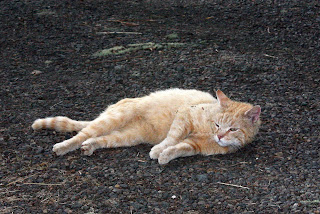 These two guys are stray cats and they are also part of what is on tap right now. We are willing to give them both a shot at being house cats if that works out. It's uncertain that it will. The black one was marked as feral by having her ear clipped when she was spayed. The orange one got into a fight with a raccoon and ended up having an abscess treated when he was neutered. It's still iffy though if they want to be part of our home. Kind of like the books and maybe that's the lesson in it all-- do what you can and then sometimes accept it won't always go as you would wish. We haven't named them yet as if they don't come in at night, get along with our two, then we'll have to consider other options. I am not fond of the idea of inside/outside cats because of all the risks from predators and vehicles.