Occasionally, this happens and it gives you a strange feeling.

In the latest Dixie Cash book, YOU CAN HAVE MY HEART, BUT LEAVE MY DOG ALONE,  a foul-mouthed parrot is one of the characters. Jake is an African Grey opinionated, self-centered bird and here is his portrait. 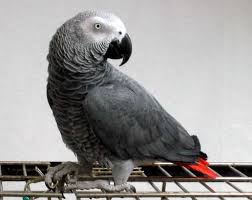 I did quite a lot of research of talking parrots in the course of writing this book. I watched many, many YouTube videos to get an idea of exactly how parrots talk. I wanted him to provide some comedy, so I looked for one of the better "talkers" among the parrot population. An African Grey is what I found, universally accepted as one of the smartest and most vocal of all of the parrots.  Their speech is often garbled and not understandable, but at other times, it is startlingly clear.

They seem to have cognitive powers and emotions. They have temper fits. They plot and scheme. They argue. They participate in simple conversation.

And that brings me to the gist of this post. The backstory I created for Jake was that he grew up in a biker sports bar. His vocabulary is a little blue and he's seen plenty. I wrote a scene where his owner is telling someone in a conversation that he witnessed a murder and told the cops who the culprit was, but the judge ruled that a parrot's testimony was inadmissible in court.

Imagine my surprise when months after I wrote that scene, I read a news article about a woman who shot her husband and claimed it was an accident. However, the judge ruled that it was homicide because the African Grey parrot that lived in their house kept saying, "Don't shoot, Stella." The judge accepted that comment from the parrot as testimony that the murder was premeditated.

Then a few weeks later, another story surfaced where another African Grey parrot had witnessed a murder and the words he said indicated to the judge who the guilty party was. Here's a link to the TV news broadcast of that particular story: https://www.facebook.com/aaawwwesome/videos/1039832722719782/

These birds are truly fascinating. So fascinating in fact that I sometimes think I want one. I suspect they cost a fortune.

Anyway, Jake is a starring character in this book and hopefully he provides a lot of laughs. Oh, and when you have some time and want to be entertained, look at some of the parrot videos on YouTube. 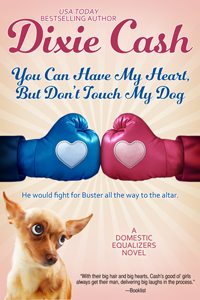