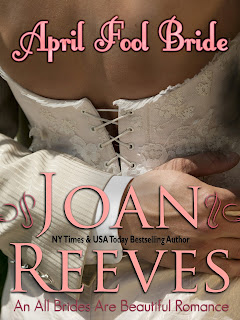 In today’s world where couples live together and often have children without marriage, getting married seems to have become the ultimate commitment if not the ultimate love story.

Weddings are celebrated in ceremonies ranging from small, family-only events to splashy galas costing as much as a house.

Ancient People Knew What Was At Stake

It wasn’t always like this. Ancient history tells us that marriage was first a private, domestic affair.

According to Curious Customs of Sex and Marriage by George Ryley Scott (out of print but available at used book outlets), the basic function of marriage was to multiply. After all, the population was small. The planet needed more people. Marriages were simply a way of sponsoring procreation.

You may kiss the bride. Go forth and procreate.

It didn't take men long to decide that the value of a woman--daughter, sister, or a female related by marriage--lay in making marriage contracts that enabled them (the men) to gain more wealth and power.

Yet, marriage was a hard sell to most men. Those testosterone-fueled beings didn't embrace the concept. They took persuading which is probably why the dowry played such a big part in landing a man who would enhance a father's power and wealth.

Perhaps that explains why so many nations (remember, just about all society was patriarchal) experimented with Polygyny, a form of plural marriage in which a man is allowed more than one wife, and Polyandry, a form of polygamy whereby a woman takes two or more husbands at the same time. So they could take a wife many times and get many dowries and expand the old power base.

Eventually, in most civilized nations of the world, monogamy was accepted almost universally, at least in theory, as the perfect form of marital union. As we all know, nothing and no one is perfect, but monogamy was probably what kept the world rocking along for a couple of millennia—dragging all of the customs and superstitions created along the way into our modern world. 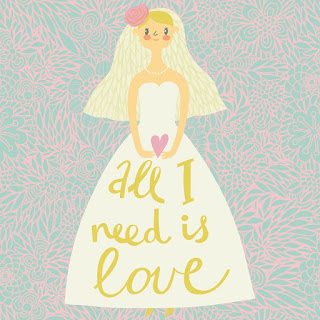 Customs Transform To Fit The Times

Many marriage customs continue, with some slight alterations. Although some may still practice Marriage by Capture, that’s usually performed in an altered version called Elopement.

Betrothal in Infancy and Arranged Marriages still survive as do matchmakers. Even Marriage by Purchase survives elsewhere.

In our culture, cynics assert that Marriage by Purchase is alive and well. Just look at all the wealthy sugar daddies--and a few sugar mamas--who are always looking for sexy young sugar babies. Or maybe all of them are just looking for love like the rest of us.

Another classic tradition in the wedding arena is the Marriage of Convenience in which an unwilling man or woman is forced into a marriage. Sometimes this is because of the need for protection or for economic reasons. 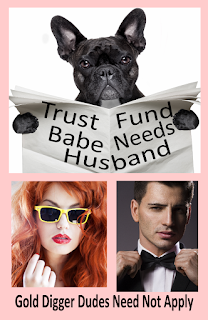 I explore that theme in my romantic comedy, April Fool Bride. which is available at most ebook sellers as well as Amazon Kindle.

Is it a marriage of convenience or something more? Something that sizzles like steam heat between Maddie and Jake that neither can resist!

Oil heiress Madeline Quinn needs a husband by the time she turns twenty-five in order to claim her full inheritance. Mad Maddie, as the tabloids christened her, has learned the hard way that men only see dollar signs when they look at her.

Maddie decides a marriage of convenience is the only answer. She turns to the one man in the world she can trust, her housekeeper’s son who always treated her like a little sister when they were kids growing up together.

Jake Becker hasn’t seen Maddie since the night she tried to seduce him. Why should he help the woman who changed the course of his life? Simple. Revenge.

Joan Reeves writes funny, sexy Romance Novels--available at most ebook sellers. (Audio editions available at Audible, and iTunes.) All of Joan's books have the same underlying premise: "It's never too late to live Happily Ever After."

Joan lives her Happily Ever After with her hero, her husband, in the Lone Star State.