#Dialogue, Y'all - by Sandra Nachlinger 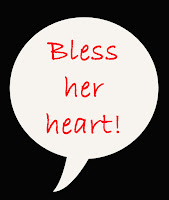 One of the things I enjoy most about writing is creating dialogue, because it can be a lot of fun to put words into a character’s mouth! In writing I.O.U. SEX, my co-author and I had a great time with Peggy, a Baby Boomer with a strong Southern accent who loved Southern sayings. During Peggy’s creation, we searched our memories for truisms we’d heard over the years and we looked online, too, to find just the right thing for Peg to say. Here are a few gems we came up with.

In one scene Peggy admitted: I feel older than dirt and ugly as homemade sin. In another, she remembered that even a blind hog can find an acorn once in a while. She reminded herself to be careful: Don’t squat on your spurs. In a particularly tense scene, Peggy confessed that she felt as jumpy as a skillet full of fleas. 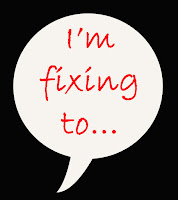 We called these “Peggy-isms,” and we both felt that they told a lot about the character’s personality and added color to the story. Besides, coming up with all those sayings was just plain fun!

Do you have any favorite sayings? I found myself muttering, “Six of one; half dozen of the other” recently, and “It’ll all come out in the wash” is one of my favorites. Maybe Peggy’s clichés have had an effect on me!

PS: Both my books are set in North Texas .
Bluebonnets for Elly
I.O.U. Sex (co-authored with Sandra Allen)

Posted by Sandra Nachlinger at 12:22 AM