Finding a location in which to plop our characters has tremendous bearing on the story, but can be a bit of a dilemma for the author. Several elements come into play and must be considered. For instance what is the time period? Is the story a historical, contemporary, or futuristic? Is the story a time travel or paranormal? 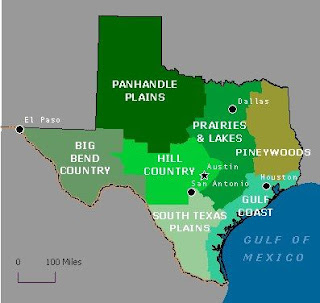 I decided early on that all my stories would take place in my native state of Texas. This seemed the best plan for me because I'm comfortable writing about Texas and would be able to research easier here than in distant states. Next, Texas has varied terrain for any time period and with its multiple areas to choose from, each story can be unique unto itself.


When it came time to choose an area in which to base my Brides of Texas Code Series, the natural choice for me was right here in North Central Texas. The history of the Bennings and McTiernans started in Civil War when Ian Benning and Dermot McTiernan came from Ireland with its political unrest to start their lives anew in Texas with the land grant amended in 1850. The Texas Emigration and Land Company offered 160 acres to single men, plus a free cabin, seed, and musket balls. 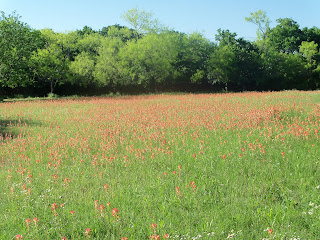 The two men received their land located north of Dallas in the originally named Peters Colony. Each generation will have a chance to tell their stories in and around the fictitious town of McTiernan, along with the ever changing landscape that will either be a blessing or a challenge all the way to present day. 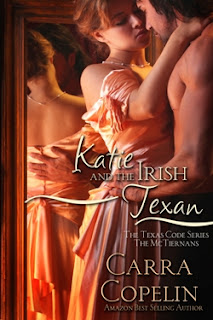 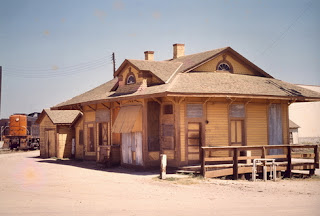 Book 2 of the Brides of Texas Code Series, Matelyn and the Texas Ranger, is set in 1875 Galveston in the middle of the 1875 hurricane that devastated Galveston and Indianola.

Overcome by the death of his wife, Ian Benning leaves his small son in the care of best friends, Katie and Dermot McTiernan. He rejoins his old outfit with the Texas Rangers to keep his mind off the loss of his only love, Emma. His assignment takes him to Galveston on the Texas Coast in pursuit of a group of bank robbers, and to the middle of a horrific hurricane.

Matelyn O'Donnell accompanies her employer, Veronique de Marceau, from New Orleans to Galveston, Texas to reunite Veronique with her cruel and conniving husband, Gerard. Introduced to Ian Benning while aboard ship, Matelyn dismisses him as a criminal in cahoots with Gerard. When their ship is capsized from the vicious winds and waves in the Gulf of Mexico, Ian Benning rescues her from certain death.
Will she accept that he is undercover and help him bring de Marceau to justice? 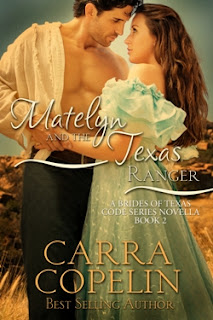 Book 3, Angel and the Texan from County Cork, is set in 1879, around the Denison, Texas area in North Central Texas, in the middle of the worst snow and ice storm on record. 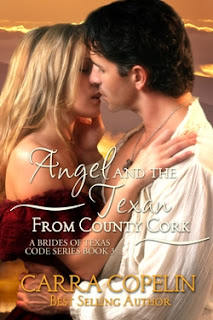 Jamey O'Donnell loves his family, but feels the need to once again answer the call to adventure. On his way to join the Silver Rush in Leadville, Co., Jamey stops to help his old friend, Will Rivers. When he finds out his friend has been killed, he seizes the opportunity to repay an old debt. He decides to stay to help the widow rebuild her life and find who murdered his friend. Can he ignore the long buried emotions she brings to the surface and then walk away?
Angel’s second husband, Will Rivers, has been shot and killed leaving her with an impossible dilemma. Either marry her neighbor to satisfy her husband’s debt or the stranger she shot in her barn who says he’s a friend. Which one does she trust? Will she be able to bury the feelings stirred by the stranger to live a life alone?

In addition to the surrounding areas of the story, the weather can also be used to set the scene. Katie's story dealt with a severe flood in Dallas, Matelyn had to survive a hurricane, and Angel had the deadly ice storm.

My most recent book, Laurel: Bride of Arkansas, had a tornado. Yes, I broke my own rule and journeyed to a neighboring state. (grin)

Thanks for stopping by, it's always great to see you here!
Carra

Posted by Carra Copelin at 2:39 AM

Email ThisBlogThis!Share to TwitterShare to FacebookShare to Pinterest
Labels: Angel and the Texan From County Cork, Carra Copelin, Dallas Texas, Denison, Galveston, Katie and the Irish Texan, Matelyn and the Texas Ranger, Texas