I'm writing this on the 22nd and the snow is falling in Lynchburg, Virginia, like crazy. Considering we rarely wear a winter coat, this is "big doin's" for us.  Few cars have dared travel our street since we live on a hill. No one is stirring except for a man near the bottom of the hill, who is shoveling out his car and occasionally shaking his fist heavenward. It's quite the sight.

On February 1st, a romance bundle I'm part of releases. For me, this is my first foray into the world of self-publishing. Thank goodness one of the authors knows how to make covers, do the formatting, and get the bundle listed on book selling sites or we'd be lost--shoveling caa-caa and shaking our collective fists like the man down the hill.

"Love is in the Air" is a special bundle for me. It includes the first book I ever had published--Storm's Interlude--winner of the HOLT Medallion Award of Merit (a nice way of saying runner-up) and Book of the Year at Long and Short Reviews, five years ago. I'd gotten the rights back from The Wild Rose Press, made some changes that needed dire attention--like a set of twins, three years apart in age. I'd decided partway through writing the book, I wanted the hero three years younger and meticulously went through the book looking for any age references for him. I just forgot to do the same for his twin sister and, although her age was only mentioned once, there it was in all its glory. Some readers didn't like he was already engaged when he met the heroine, so I had the engagement ending a month earlier with the ex-fiancé refusing to accept the break-up. Somehow, with everything I took out, the book grew another 2000 words. I'm still scratching my head over that one.

Working with these fabulous, fun-loving authors on this project was a trip. We did a lot of chuckling over facebook messaging. Some of them were hard to control at times, but I managed to do it. Quick! Hand me a mirror! Did my nose grow on that lie?
We're donating all our proceeds to the "Wounded Warrior Project" and will offer the bundle for 4 months before splitting into single books. Amazon buy link is: http://amzn.com/B0181NC92E 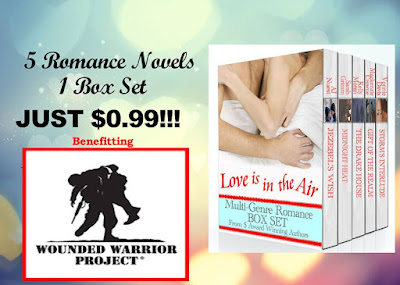 ﻿
~~~~*~~~~
And because Grandma can't help herself, my grandson, Ryan, was accepted to MIT in their early acceptance program and he's having a great wrestling season. His next win will be his 100th high school career win. How can he be a high school senior already when it was just a couple years ago he'd crawl onto my lap with an armful of books for me to read to him? 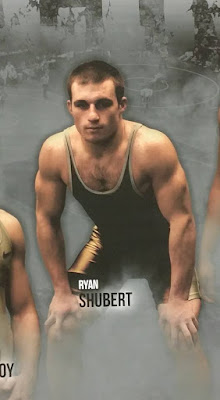