Hello, my name is Beth and I'm a Panster 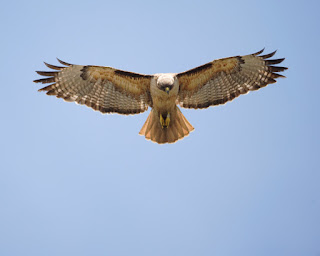 Yep. No matter how hard I try, the story will be what it will be. Ornery critter. The only way forward is by listening well to the characters and seeking the deep wisdom that guides me. Like following a hawk.

Sometimes the muse is silent. Dratted muse. Then I must wait for the oracle to speak. And ponder. I'll think I know what's going on, but I don't really. Only in part and pieces. Those of you who map your entire tale from start to finish amaze me. I stand humbly in your presence. I should be like you, I strive to be, but I'm not. 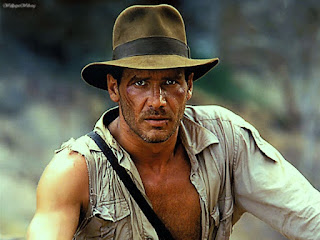 Sure, my dreaming and scheming are invaluable, but the realization comes that I don't actually have a clue what's next and can but hope 'the gang' does. Inevitably, they do.

For me, writing involves a lot of faith. Like Indiana Jones in The Last Crusade, that scene where he takes a leap of faith and steps out into what appears to be chasm, but then he sees it's a clear bridge between the jutting mountain sides. Or whatever they are. So, kind of like that. And I don't have a problem with being like Indy. 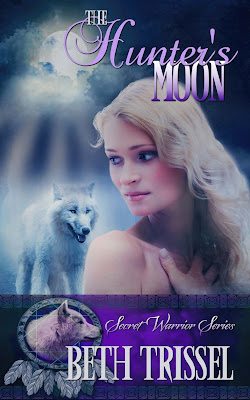 I'm currently writing book 3, The Panther Moon, in my YA fantasy series Secret Warrior. Yes, it's also a romance, and filled with twists and surprises, especially for me. Book 2, Curse of the Moon will be out later this year. Release date TBD. Book 1, The Hunter's Moon, was released mid-December. I am really enjoying this series and trying hard to garner recognition for The Hunter's Moon (signed on for 3 book tours, plus, pus). Breaking into a new genre is tough, which likely comes as no surprise. Some of the reviewers/bloggers this go round are the meanest I've ever encountered in all my published years. But that's OK, because now that I'm writing characters with super powers, they are easily disposed of in my fantasy world. I killed off an annoying high school basketball referee (one of my daughter's) in the fort assault scene in my historical romance novel, Through the Fire. I disguised his name, but I knew. So take that. Ha.

Excerpt from The Hunter's Moon:

Oh, no. Was the wolf hit? Morgan prayed not. She sensed him trying to protect them, and couldn’t imagine why, or why he seemed like ‘her wolf’.

Cries, like the shrieks of a panther, carried through the trees. A chill crawled down her spine. Were the woods filled with creatures she thought long gone from these mountains?

More wolfish snarls erupted and snapping, tearing. Good. He lived. She nudged Jimmy. “Can you see anything?”

He craned his head around the rocks. “Not through the smoke and fog.” 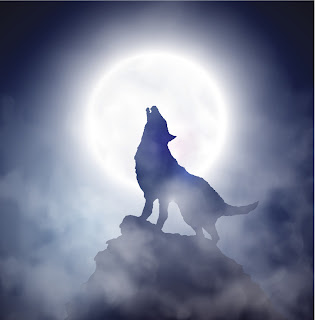 Eerie howls rose from the surrounding woodland on every side. A whole pack must be gathering. Morgan wasn’t certain whether to be frightened, fascinated, or hopeful of rescue. Still light-headed, not sure she even saw clearly, she watched the black wolf reappear; with him, a great white wolf whose green eyes shone like starlight. The most extraordinary yet. Together, the two loped after the brown and gray one. Judging by the high-pitched calls, there were more wolves out there. And panthers, or were they mountain lions?

Snarls, growls, and the shrieks of enraged felines ripped through the smoky shroud. The pack wasn’t after her and Jimmy. Not now, anyway.~

The Hunter's Moon is available from every online bookseller you can think of.
The Kindle Link.

For more on me and my work, please visit:  https://bethtrissel.wordpress.com/