Before I say anything, I’d like to thank Caroline Clemmons for inviting me to join the “Smart Girls Read Romance Blog.” I’ll be here on the 30th of each month (guess I get February off ) with what I hope will be interesting views into my world of writing.

Let me begin by introducing myself. I am Suzanne Rossi. I write romantic suspense for The Wild Rose Press. My two latest releases are “Through My Eyes” and “A Novel Death.” 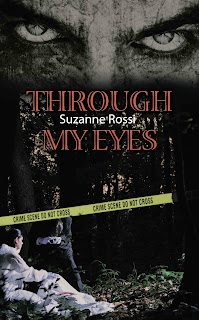 Sasha Bellwood hates being psychic, but is forced to deal with her abilities when she witnesses a murder through the eyes of the victim. She is not fond of skeptics.

Detective Reed McIntyre hates being stuck on the cold case desk. Almost killed in the line of duty, he’s itching to get back into the action. He thinks psychics are frauds.

With Sasha’s abilities increasing daily, the two must overcome their suspicions of each other and their growing attraction to track down a serial killer before he strikes again. Unfortunately, the murderer already has both in his sights and is stalking them through the streets of .

How far can Sasha push her powers of the mind, and will she and Reed survive to claim a future together? 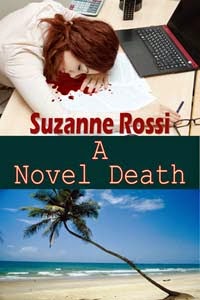 Finding the bludgeoned body of bestselling author Isadora Powell sends Anne Jamieson and her four remaining critique partners into a panic. All have secrets and motives for seeing the woman dead.

mysterAnd the victim, a genius at research, knew what lay hidden. With Anne leading the way, they attempt to help the police solve the crime. But each bit of evidence unearthed peels another layer from those secrets. Lies to the police and each other trip them up at every turn. Can they find the murderer before he or she strikes again? Could it be one of them? And can the budding relationship between Anne and lead detective Gil Collins flourish under a cloud of suspicion?

Okay, now that I have the blatant self-promotion out of the way, let’s move on.

I was born and raised in —actually, a small town north of there called . Well, it was small when I grew up. Not so much anymore. I’ve been married 46 years (which conflicts with the fact I am only “39” years old and have been for some time now) come August to a man who thoroughly gets what I do, God Bless him. I have two sons and seven grandchildren. I’m also a dog lover. The more, the merrier—both grandkids and dogs.

At present I live in living just five miles from the beach. That’s far enough away to avoid the crowds, but close enough to enjoy the sand and surf on occasion.

My passions are my family, reading, writing, wine (must have wine!), shopping, and sitting on my lanai watching the boats go down the canal heading for the ocean. I love Italian and Mexican cuisines, but, in order not to resemble the Goodyear blimp, try to follow the Atkins diet. Sometimes I even succeed.

As time passes, you’ll discover I can be sarcastic, but that’s not necessarily a bad thing. I use a lot of it in my books along with humor. Can’t live without humor. It keeps me sane, especially during the times when that stupid plot line just won’t come together like I want.

This is me in a nutshell—I love clichés. I hope you don’t find me bland or boring. In June I’ll get down to the nitty gritty (see, told you I loved clichés) and give you some insight on how I view the world and my writing.

Thanks to all of you. See you soon.