WOMEN OF COURAGE--ROMANTIC SUSPENSE SET IN 1947

For all the years I’ve been writing, not once did I consider writing a Historical Romantic Suspense. I’ve always leaned toward danger and suspense, but more in the contemporary world with spies, special agents and lots of action.

As I continued to write these books, in the back of my mind was a very frightened, weary young woman begging me to tell her story. I ignored her for over a year, with my critique partners, writer friends and even my editor telling me to go for it. I believed that Women of Courage simply wasn’t my kind of story and not what people had come to expect from me.

What would my readers and fans say? Would they cross over? Going from Action Adventure to Historical Romantic Suspense is a wide gap. It was a gamble. What if no one liked that era? Was it too soon to write a post-World War II book?

I would be stepping out of my comfort zone as a writer and I was very leery.

Another thing that frightened me was that this story would be an extremely emotional story of true love and I didn’t know if I was up to that. I would have to write raw, gritty and heartbreaking scenes. That’s so difficult for a writer to settle into. But, the story also had its rewards. There were other touching scenes of tenderness of loving a child, heartwarming reunions, true bonds, and happy ever after. 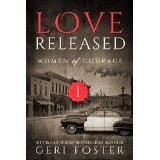 No longer able to keep the story inside, I set out on this daunting journey with the idea I’d write one book and see how it goes. I learned in the writing world it doesn’t pay to make plans. Every story has a life of its own and Women of Courage would not allow me to stop until the story was finished. 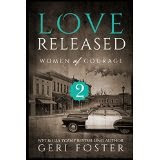 I set the story where I was familiar, my great grandmother’s hometown. My hometown is twelve miles away. So much of the story is set in a fictional place that’s a blend of both places. 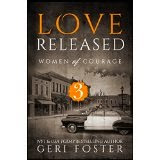 My character’s name is Cora and so was my grandmother’s, and that’s just a hint of how much of the story parallels things I’m comfortable with. 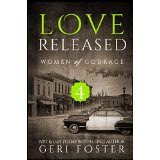 I hope you will try this serial. While I’d meant it to be one, maybe two books, it’s grown much larger and even as I write this, it continues to grow. 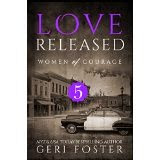 If you like to immerse yourself into the lives of fascinating characters facing the difficulties of life after the Second World War, people forgiving the past and finding true, deep, abiding love then you’ll enjoy Women of Courage.

The first volume is free everywhere except at Amazon, where it’s 99 cents.
Here are the buy links:

Here’s the blurb for WOMEN OF COURAGE: LOVE RELEASED, book one.

He stands on the other side of sorrow and despair with a love so vast and strong it reaches into her soul and sparks the courage to become the woman waiting for her.

She’s running from her past and he’s duty-bound to protect her.
Cora Williams is an ex-con exiled to Gibbs City, Missouri. A small town where she hopes to remain undisturbed and unobtrusive. With her nephew Jack, her wants are simple, to hide from the horrors of her past.

Sheriff Virgil Carter is a WW2 veteran with demons of his own, but Parker County is his to protect. That includes a young, beautiful woman newly released from prison who longs to be left alone.

Love often comes like sleep, softly, quietly and unexpectedly. You just have to close your eyes.

Posted by Caroline Clemmons at 11:36 AM