Does location matter in your story, or could you set it anywhere? For me, it's all about time and place. Certain settings inspire me, like old homes, particularly haunted ones, Scottish castles, Southern plantations, and their opposite, rustic log cabins, but most especially, the mountains. I love the misty mountains. What stories they hold. Secrets, mysteries, ghosts...
Many accounts centered around the mountain people were recorded by late author and valley historian, John Heatwole, who left a rich wealth of information in his books about the Shenandoah Valley and mountain people. Wonderfully inspiring. I'll give you several  spooky examples from his book, Shenandoah Voices. 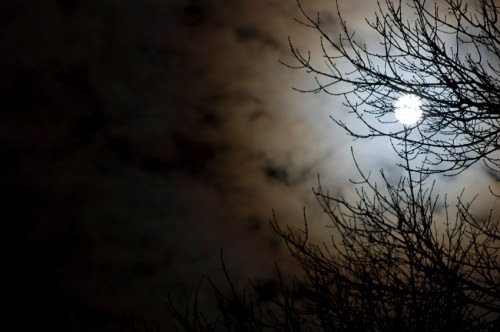 “When Nelson Whetzel was a young man he had an interesting experience while walking home from work one evening. In Brocks Gap in earlier times the only things to light ones way were the stars or the glow from a lamp in a neighbor’s window.
As he walked Nelson heard a horse coming up the road behind him.  Nelson stopped for a moment, thinking, ‘Good! I’ll have someone to talk to.’ But the sound of the horse’s hooves stopped when he did. He called out, asking who was there in the pitch-black.
No answer came and Nelson began uneasily walking again, this time a little faster. The sound of the horse picked up pace to match Nelson’s. He stopped a second time and the sound of the horse ceased to be heard. Nelson started trotting and the sound horse’s hooves were heard at a trot behind him, close on his heels. He grew very frightened and began to run as fast as he could.  The galloping horse seemed to be so close, Nelson thought he felt the breath on the back of his neck. 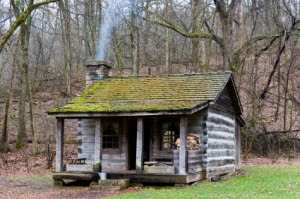 Up ahead Nelson saw the lighted windows of the cabin belonging to George and Mat Smith. He was so terrified that he hit the Smith’s front door at full force. He knocked it down and went right through the structure, knocking down the back door as he exited. The Smiths blinked at each other in wonder and amazement. They saw no phantom horse follow Nelson through their home.
Immediately after his encounter with the doors Nelson noticed the sound of the pursuing horse was gone, however, he ran on home as fast as his feet would carry him.” 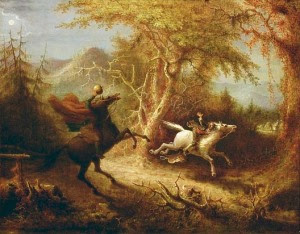 *That tale reminds me of the headless horseman from The Legend of Sleepy Hollow. Scary!
“The Roadcaps lived in a two-story log cabin just down the road from Gospel Hill Mennonite Church. All of the girls of the family shared a room upstairs.  One night one of the sisters, Peggy by name, went to the bedroom alone.  There she saw a woman sitting up on the iron headboard of one of the beds.
The woman didn’t say anything or move toward the frightened child, just sat there and looked at her. Peggy was rooted to the spot in fear but able to find her voice and call to her father to come to her aid.  There was something in her voice that demanded immediate attention and she heard his heavy footfall as he hurried up the stairs. As her father neared the room, the woman vanished into thin air.  Peggy never entered that room alone again."~ 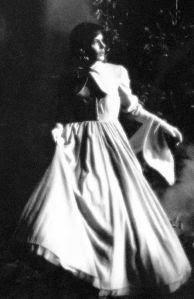 "The children of the Roadcap family loved to play on the banks of the little Shoemaker River near their home. Once they came running home and told their father they’d seen a woman all dressed in white walking along the opposite bank of the river from where they played. They’d never seen her before and being shy had not spoken to her but only observed her progress.
Their father listened thoughtfully and then told them they had seen the spirit of a young woman who had died years before of a broken heart. They were told they would probably see her again and that she would do them no harm. They were to behave as they had before and refrain from calling out to the spirit.
They believed their father. There were not that many people living in those parts and the children knew them all. They promised not to disturb the apparition if they encountered her again. During their childhoods they witnessed her strolling along the river on several more occasions."~ 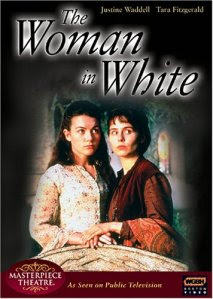 That story reminds me of the novel, The Woman in White by Wilkie Collins, which was a very intriguing BBC mystery/thriller starring Tara Fitzgerald. I saw the film on Netflix and highly recommend it.
***If you enjoyed this post, you might also enjoy the one I wrote entitled:
The Poltergeist in our Old Farm House
***John Heatwole's books are at Amazon, but may only be available as used copies.
Posted by Beth Trissel at 6:27 AM