SOMETIMES, THE BEST PLOT IDEAS ARE CLOSER THAN YOU THINK

I've been enjoying a PBS show called Genealogy Roadshow. They travel all over the United States talking to various people who come to them with questions about their family history. Usually there is one relative who mysteriously disappeared or a family legend that sounds too fantastic to believe.

One family discovered an ancestor who was a ship captain and privateer in the early 1800's. He had skirmishes with the French and lost a ship to them. Having his ship stolen apparently made him mad enough to seek permission from the American government to become what was technically, a pirate. Essentially, the U. S. government granted him permission to act as a privateer. Any ship deemed an enemy could be attacked and their cargo seized. He was, apparently, a very successful one. 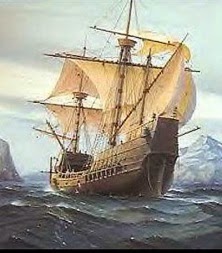 I personally have a great-great grandfather who was last seen leading some horses down a road. He disappeared, never to be heard from or found again. Our family periodically dreams up theories of what happened to him. I suspect he just decided to create a new life in another state. One theory has him stealing the horses and falling in with bad company.

There are so many stories in our own histories. Characters truly amazing and waiting for a writer to come along and bring them to life.

Have you based a character on an ancestor? Have you used an event from your family history as a plot in a story?

Sometimes, the best plot is the one buried deep in your family's story.