Neither Rain nor Snow nor Sleet nor Hail Can Keep Romance From Happening.

You can blame some of this nasty weather on me. Go ahead. I've got broad shoulders to match my broad hips, so I can take it. We've gotten over eight inches of snow here in Lynchburg, Virginia, which is a year's worth for us -- and then some. We rarely dig out our winter coats because our weather is usually fairly mild. Our trees are ice-covered, branches hanging low, so I'm grateful every time the heat pump comes on. Many are without power.

A HIGHLANDER'S HEART starts just before a blizzard hits the Scottish Highlands and it hasn't stopped snowing there -- or here -- since. And, believe me, I'm writing as fast as I can to get us out of this weather mess!

Ronan, the last of the three Matheson brothers to be featured in my "Highland Beloved Series"...the solitary man, the peacekeeper of the family, the determined bachelor...has gone to his little log cabin in the rocky, upper Highlands for some peace and quiet. As a bear-shifter, it'll be just him and his bear, he privately calls Brother Bear. His family, you see, all live together and run a Lodge out of their ancient castle. The poor man just needs solitude from time to time. He looks forward to his jaunts to his cabin. He needs some peace and quiet.

This trip, though, it doesn't happen. He made the mistake of telling a witch he didn't have the time to hunt for a woman, that he was too busy taking care of things at the Lodge and she'd have to drop from the sky to get his attention. Now, shouldn't a man know better than to say things like that?


Men don't always think before they speak, you know what I mean?

Here's the opening of the book I'm trying like crazy to finish so we get a break in the weather, because having these two alone in a cabin for the first half of the book, without them killing each other, was a challenge. Especially when Ronan's trying to hide he's a shifter and his bear sneaks out when Ronan is sleeping and creates mayhem. 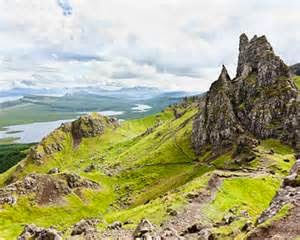 To Ronan Matheson, this was home. Quiet seclusion. No meals served by the clock. No strange boarders to be gracious to in his own home. No tours through the ancient castle-turned-lodge to explain the clan’s history. This was his space…his and his internal bear’s. Three hours away from his family’s lodge, this small cabin he’d built in the rocky, pine dense mountains of the upper Scottish Highlands was theirs.
Arriving at the retreat was always a hurried routine to get the generator running, firewood brought in, and the supplies unloaded from his truck. Then he’d strip, shift, and lumber outside so his bear could run through the trees and brush. He inhaled the mountain air as a bear, detecting every animal within hundreds of yards. Leaves and pine needles rustled, and he supposed a pine martin was creating a nest for the night. Dusk would approach soon.
An almost silent, strange-shaped black aircraft circled low overhead, which snagged his attention. A faint whooshing sound followed. His bear stopped and tilted his head, seeking the direction of the unfamiliar noise. At first, he suspected something…a tree, perhaps…had fallen across the stream, blocking the natural flow of water and creating the strange racket but, nay. This was different and growing louder.
He stood on his hind legs to get a better view.
“Oh, shit! Oh, holy shit! Ohhh, blessed mother of Prada, holy effing shit!” A strange human shrieked.
He jerked his head skyward at a person plummeting toward him, tied to a billowing red parachute.
Shift!
Nay, buddy, ye take care of the intruder. Roar yer furry arse off.
The bear roared and waved his upper legs in a threatening manner.
The trespasser yanked like crazy on the ropes as if they’d swerve him in a different direction. It didna matter. He crashed into the bear with a powerful combination of weight and the force of his speed, his knees ramming the beast’s shoulders to the ground. The sudden impact knocked the wind out of the bear as both he and the person from the sky fought to push away the silky fabric. Fer a few fear-filled minutes, the two made eye contact and the dark-lashed person screamed so loudly, the bear’s chin rose and he glanced over his head at the forest behind them, searching for a quick retreat from the infernal racket.
The skinny human’s heart beat like a frightened rabbit. Both the person’s skin and hair had an odor of wild strawberries. Its arms wouldna be still as it fought to escape the bear’s hold. And its persistent high-pitched screeching made the animal’s ears ring.
Finally, the person stopped screaming. “A b-b-bear! I’ve landed on a wild and wicked bear! Don't tell me I’ve escaped the CIA only to become a bear’s dinner.” The person reached between them and unclicked the belt holding the parachute apparatus before slipping his arms free, tossing more of the red silk over the bear’s head and rolled away from the parachute.
Ronan’s bear fought to work his way from under the soft batch of fabric and, with one eye exposed, lay still to watch his adversary scramble toward a tree and stand.
The human was a woman.
A frantic woman with arms that waved as she grumbled.
“A bear! A freakin’, smelly, hairy bear. Survival classes never taught me proper procedure for landing from a jump with my crotch under a bear’s chin. Damn incompetent instructors. Hell, they claimed they were preparing us for anything and everything we’d encounter.” She slipped off her backpack. “Calm down.” Both of her opened hands made a pushing down motion. “Calm down. I’ve read several survival guides. I know what to do. I can handle this. I can.
“Do not run from a bear. Make yourself a large target and yell to scare the bear away. Bears are easily frightened unless it’s mating season.
“Oh, wouldn’t it be just my freaking luck to fall on a horny bear? Oh, hell and shit.” She stood on her toes, her arms outstretched and her hands poised like claws. “Roar! Growl! Snarl! Hiss! Run, you hairy bastard!” She bellowed like Colleen, Ronan’s niece, when she was throwing a tantrum.
Even with his bear at the forefront of their dual persona, Ronan turned over and laughed. Laughed like he hadna in years. Me God, what a gutsy woman. Funny and plucky at the same time. Although her crotch did smell nice. Bloody hell, he’d been over two months without a member of the weaker sex.
I think I like this one. She’s ours.
Before Ronan could tell his bear what he thought of his foolish idea, the female stomped over and poked the bear in the arse with the toe of her boot. “Are you laughing at me? What kind of bear laughs?”

Book One: A HIGHLANDER'S OBSESSION is now available wherever eBooks are sold.
Book Two: A HIGHLANDER'S PASSION releases on April 7th & is available for pre-order
Book Three: A HIGHLANDER'S HEART releases October 8th & currently resides in my laptop, rent free, I might add. Random House Loveswept is my publisher.
www.vonniedavis.com
Posted by Vonnie Davis ~ Romance Author at 12:00 AM