Lemme tell you, this has been a busy, busy week! Not only am I on a tight deadline for my Christmas story for the Prairie Rose Publications Wild Texas Christmas anthology, I have two new releases that need attention. (Obligatory blatant self-promotion will be at the bottom of the page.) 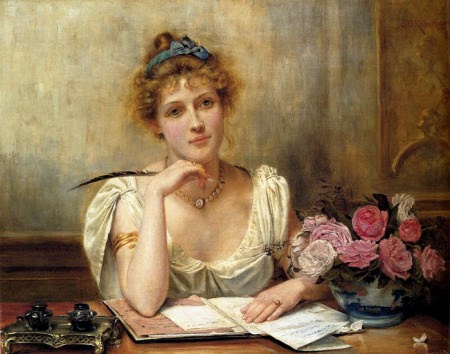 You know that writer who sits on the couch eating bonbons while some half-nekkid man fans her with a giant palm frond?


What does a writer really do? Not much writing, these days, that’s for sure. Here’s a list of what I need to do—and keep in mind it’s not just me. Authors have to do this stuff or she won’t be an author for very long. 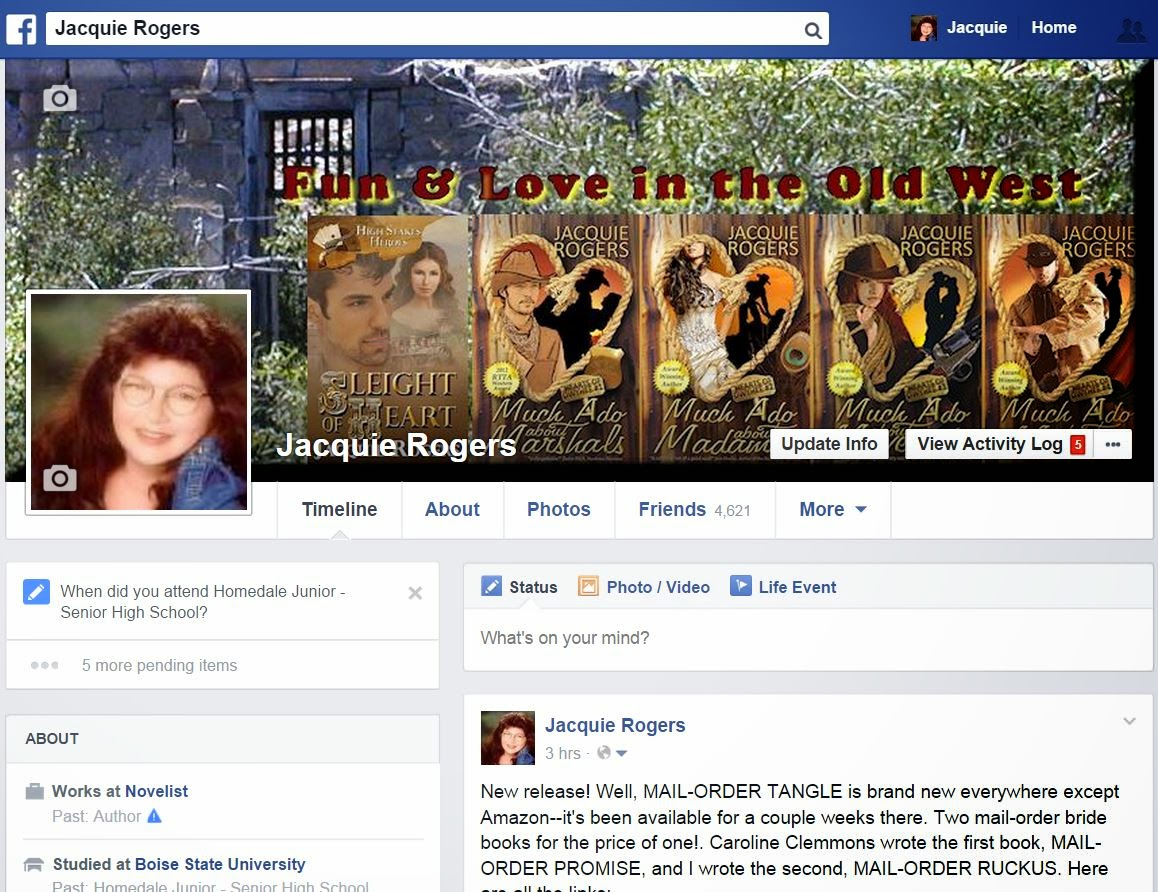 This all takes the first two or three hours of my day—more if I venture over to Pinterest, Google+, or Goodreads. There are also the four group blogs of which I’m a contributor that I should read and comment. I generally do read but confess to not posting comments when I should.


No, I don’t write these few hours because I’d just have to rewrite the scene anyway. Two hours isn’t nearly enough time to drink two pots of coffee.

On top of all the social media, there’s the actual marketing with correspondence with particular sites. Right now I’m setting up Mail-Order Tangle and Cowboys, Creatures, and Calico, Volume 2 for newsletter gigs at The Romance Studio. Except I’m not, because my husband is taking me out of town for our anniversary, so I'll have to get right on it the day I get back.


The aggravating thing is, every advertiser wants something different. Some want only certain social media links, some want excerpts—some want 500 words, some want 1,000 words... yes, every site is different) and some don’t want one at all. Some sites want a 25-word tag line, some want 50 words, and again, some don’t want one at all.  Some want a book synopsis but not the back cover copy—you have to think of something different.  Problem is, it's the same danged book.  Then there’s the whole bio bit. That’s a little easier because I have a long one and a short one—except it’s not easier because I’ve had a new release every single month of 2014 and my bio is out of date the minute I click “Save.” We won’t even go into graphics and book cover sizes.


Did I mention the website? My website is sorely out of date. Someone really needs to do something about that. I’m perfectly capable of coding my own site, and telling someone else what to do takes as much time as doing it myself. But the key word there is “time.”  I have at least 50 or 60 hours of coding to do for the site to be up to par.  Lately, I've been directing people to my Amazon page.

Then there's blogging.  It takes me several hours to create a decent blog article.  First you have to think of something to write about, then research it, write it, find graphics, format the thing, and publish.  I write for four group blogs: Smart Girls Read Romance, Cowboy Kisses, Western Fictioneers, and Prairie Rose Publications.  I figure I could write eight chapters a month more if I didn't blog, but then it does help get the word out in a non-marketing way.


If an author is with a publisher, and I’m with three besides self-publishing, there are also marketing obligations (even if not on the contract) that must be met. I’ve volunteered to coordinate the Prairie Rose Publications events. PRP is owned by wonderful folks who can use the help, I know how to organize an event and actually have fun at it, so it’s a good mix. But it takes many, many hours to set one of these up and publicize it. I’d guess at least 30 hours. 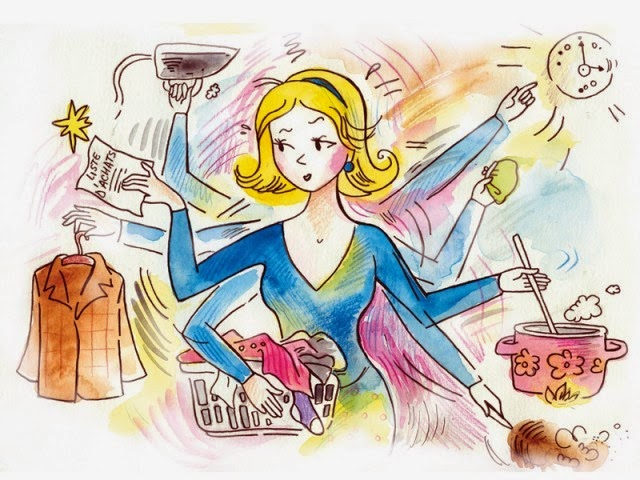 Have I written a word yet today? No. I can do a lot of the left-brained stuff with four little boys raising hell, but I need uninterrupted quiet time to write my stories. That’s why I generally write from 10pm (sometimes 11pm) to around 4am—later if I’m on an roll. Also, people don’t expect an immediate answer on Facebook or email in the middle of the night.


Yep, that makes for some long days. I once heard that an entrepreneur was someone who worked 16 hours a day, 7 days a week so he wouldn’t have to work and 8-hour a day, Monday through Friday job. That pretty well describes an author, too.  Of course, there are still meals to fix, laundry and vacuuming to do, and toilets to clean.

And, of course, I have a story due October 12th and two more short projects, which will take a couple weeks each, and Much Ado About Mustangs to finish before the end of the year.  Whew!  That's 100,000 words.  A friend asked me if I was going to participate in NaNoWriMo.  I told them I do that every danged month.  Heck, I'd like to take November off!


Okay, now for my blatant self-promotion. I’ll give one reader a digital copy of Cowboys, Creatures, and Calico, Volume 2, and another reader a digital copy of Mail-Order Tangle. Don’t forget to leave your contact information with your comment. If you’re not comfortable doing that, send an email to jacquierogers@gmail.com with the subject “SGRR winner.”

Here are the blurbs and covers. 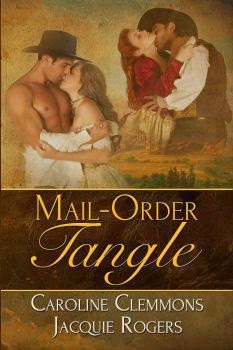 Ellie Dickerson and her sister are in desperate straits when she contracts to become a mail-order bride to a Texas rancher. After her arduous trip from Virginia, she learns her fiancé has died. His handsome brother has sworn to take care of her and she's instantly attracted to him, but he seems indifferent toward her. What will happen to her and her sister?


Kage Johanssen, co-owner of a ranch in Idaho with his cousin Matt, is forced to take over his family's Central Texas ranch on the death of his older brother. Kage is in no hurry to get married, and when his brother's bride shows up, she's everything he doesn't want in a wife--except she's stunningly beautiful. Despite his deathbed promise to his brother and his attraction to Ellie, he's convinced she doesn't have the grit to be a rancher's wife.


When a greedy, sadistic villain attempts to take over the ranch and kill Kage, can Ellie save her true love? What will it take to prove that she's the only woman for Kage?

Matt Johanssen returned to the ranch he and his cousin Kage started in Owyhee County, Idaho Territory, not knowing he took Laura Dickerson's heart with him. Now that her sister no longer needs her, Laura wants a home of her own and a family to put in it. No other man would fill the bill as well as Matt, but he's not interested. Not wanting to live as a spinster aunt the rest of her life, Laura signs a contract with a marriage broker, choosing to go to Silver City, near Matt's ranch, in hopes that he might come around. But he's not on the roster of eligible grooms!

Will Matt walk away from the woman who stole his heart or let go of everything he's worked so hard to build go in exchange for love?

What better way to spend Halloween than with some handsome cowboys and feisty heroines who are determined to fall in love despite their supernatural powers—or lack thereof? Halloween’s a good time to take a chance on love—and to see what these Cowboys, Creatures, and Calico Vol. 2 stories might reveal to the unsuspecting reader—you! 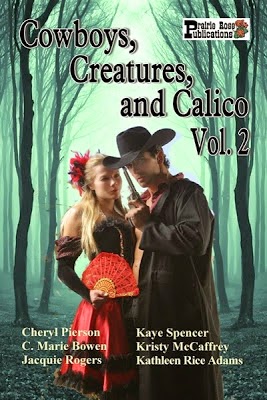 Cheryl Pierson’s Spellbound will have you on the edge of your seat as safecracker Brett Diamond and witch Angie Colton take on a border gang leader who is pure evil. Can Angie’s supernatural powers save them? No matter what, Brett and Angie are hopelessly Spellbound.

C. Marie Bowen’s Hunter and Lily Graham is an unforgettable tale of a beautiful school marm’s love for her children that surpasses all. When a Cajun bounty hunter known only as “Hunter” shows up, Lily Graham knows he, and no one else, can help her save a young girl.

Have Wand — Will Travel is Jacquie Rogers’s offering about a handsome young mage, Tremaine Ramsey, who has a wand and knows how to use it…sometimes. Will his magic be strong enough to pull off a daring rescue of his father from the evil Gharth? Or will he need the warrior Nora’s love to help him see his Fate through?

Will Kaye Spencer’s character, Mercy Pontiere, be able to break a centuries-old curse and find true love all at the same time? It all depends on Reid Corvane and what he’ll do For Love of a Brystile Witch.

In Kristy McCaffrey’s story, The Crow and the Coyote, Hannah Dobbin is after an evil Navajo sorcerer who murdered her father, and she’s determined to see him dead. But she’ll need a bounty hunter, The Crow—to help find this vile man. With Hallowtide upon them, more evil is afoot than they can handle; but love will find a way.

A failed bank robber, Tombstone Hawkins, along with a fake gypsy fortune teller, Pansy Gilchrist, set out to make both their deceased fathers proud in one final spectacular heist. Family Tradition is Kathleen Rice Adams’s tale of the discovery of true love amid the commission of a crime—or the failure to commit a crime—while being overseen by the ghosts of the couple’s fathers. How can there be a happy ending? It’s Halloween, and anything can happen!
Available in digital at:
Amazon | Barnes & Noble | Kobo | Smashwords

Posted by Jacquie Rogers at 5:06 AM