A Lesson in Y'all by Joan Reeves 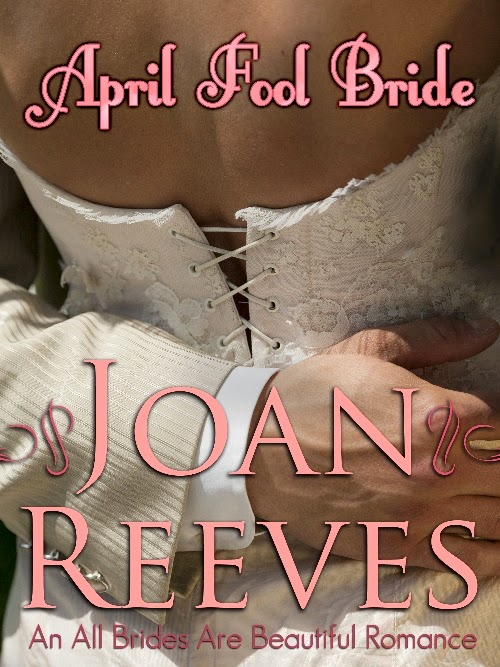 In my most recent Romantic Comedy, April Fool Bride, the heroine is an oil heiress from Texas. She says y'all. All the way back to my first published novel, Summer's Fortune (to be re-published in 2015), the heroine, also from Texas, said y'all.

In writing that first book, I was immediately confronted with the y'all versus you issue.

Since I'm a daughter of the South, the use of y'all for second person plural is instinctive, but, I wondered, was it smart to write the way just about everyone in the South and Texas speaks? Or should I use the grammatically correct second person singular and plural you?

With my books set in the South and peopled by southerners, I made a considered decision to use y'all (a contraction of you + all) in dialogue but switch to you in exposition and narrative. I must have made the right choice because I've never had a complaint from readers about using y'all.

If Southern and/or Texan isn't your first language, I admonish you to use y'all correctly. Y'all is second person plural and should never be used to speaking to one person. One never says, "Mary, y'all pour the sweet tea please."

Bless your heart, but that is so wrong! Everyone in the South knows that you is the correct second person singular pronoun, as in, "Mary, you pour the sweet tea."

Our language, bless its heart, is defective. People in different parts of the country resort to various second person plural forms in an effort to repair our defective form of English. As humorist Dave Barry often said, "I'm not making this up."

I saved an article several years ago from the San Antonio Express-News. Written by Sara Ines Calderon, the article was about Guy Bailey, Professor of English Linguistics who specialized in American English language variations. (We’ve got a lot of those variations in Texas so Bailey probably had a lot to study.) Professor Bailey said that Texas-style American English—my phrasing, not his—is influenced by the American South, Mexico, and Czech and German immigrants.

Like other European languages, English once had two second-person pronouns. One was singular. One was plural. (That would be you and y'all in the southern region.)

Before the 17th century in England, for second person singular, they used: thee, thou, and thy. Will thee dine? Thou go. Is this thy house? If thou, I mean, you, talk to one person, those are the second-person singular pronouns thou would use.

When commoners gained more power in the 1600's—think Cromwell and death to the royals— that second person singular of thee, thou, and thy began to fade away. People gained equality, more or less, so there was less emphasis on social superiority thus people no longer addressed those once considered their superiors with thee and thou.

But without the singular and plural versions of that second person pronoun, English ended up with a defective pronoun system. In other words, it ended up using one word—you—for both singular and plural. Ever since, those who speak English instinctively look for a way to repair that defect.

Up north, the repair is normally you guys though I had friends who hailed from Ohio who said youins. In western Pennsylvania and into the Appalachians, many people said yinz.

In the South, of course, our repair was y’all. I think it makes sense because it’s a short form for you all, meaning everyone in a group, whereas we say you if we’re talking to just one person. Now that’s clear isn’t it?

Everyone understands the word y'all, and it perfectly fills that gap in our language. In fact, I think some Congressman somewhere ought to author a bill to have y’all adopted as the second person plural and put it back into our language.

What do y'all think?

When you read one of my books, know that the dialogue is true to the southern or Texan character. After all, the first rule of writing is to write what you know, and I know the dialect of the South.

(Joan Reeves writes Sassy Contemporary Romance. Her books are available at all major ebook sellers with audio editions available at Amazon, Audible, and iTunes. Joan publishes Writing Hacks, a free newsletter for writers, and WordPlay, her free email list/newsletter for readers. Find Joan online: Blog, Website, Facebook, Twitter, YouTube. Joan lives her happily ever after with her hero, and she encourages you to believe that: It’s never too late to live happily ever after!)
Posted by Joan Reeves at 4:30 AM