Take Time to Smell the Roses - And Plot Mayhem


Every once in a while, writing projects stack up and my mind gets in a dither.  What happens when Burke visits the Lucky Break?  Will Josh McKennon be able to outrun the wild horse herd?  How will I show the bonding between Elsie, and her brother?  Is Hank her love interest?  Does she have one?


When I get too many stories and all those characters competing for brain time, I can't plot my way out of that cliched paper bag.  But there's an answer, and it's a two-parter: 1) friends who brainstorm, usually other writers; and 2) get the heck out of Dodge.  So I am. 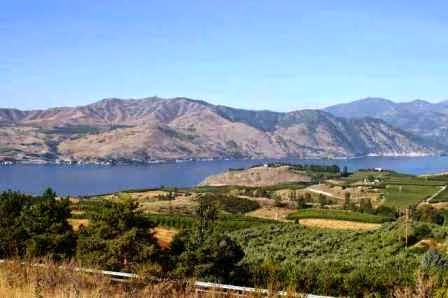 A writer friend, Judith Laik, came over today--I helped her upload her book to Amazon and she helped me plot a short story. I wrote half of that tonight before I had to stop and write this article. With luck, I can get finished, or close to it, tomorrow. Then it's on to one more short story before I can start a western historical romance novel that I'm really excited about, although I can't tell you much about it yet. But squeee! I can hardly wait to start it.


But I have no story. I do have the main characters, the beginning scene, the ending scene... but nothing in between. This will be taken care of June 5 through 8, when my friend and I go to her time-share and plot, plot, plot. She has a novel and a short story to plot. I have two novels and three short stories to map out. When I say "map out," I mean map out. 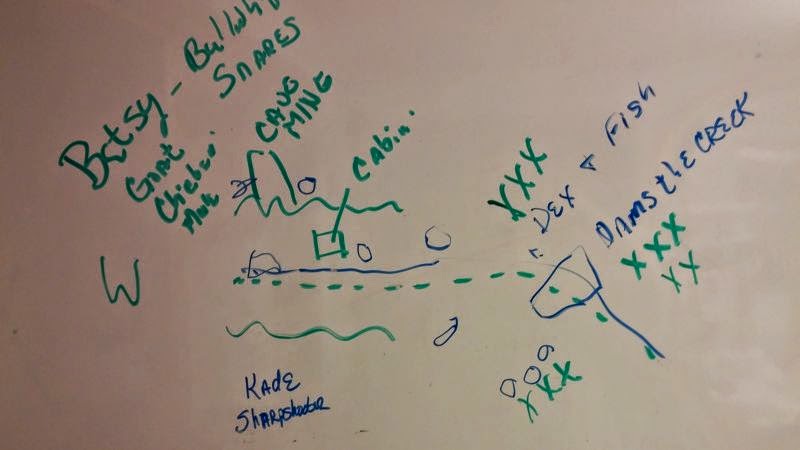 The picture above is the Big Shoot Out in Don't Go Snaring My Heart, a short story in Lassoing a Groom.  The fight scene actually even sorta kinda ended up like the plan, which is a miracle in itself.  This story involved a lot of research--silver prospecting, especially what to look for in Owyhee County, Idaho Territory; goats (did you know there was no specific breed of goat in the US until after the turn of the 20th Century?  I didn't!); and chickens, which I didn't look into very much because I just needed a color.

Short stories are not easy to plot because they must have all the elements of a novel, but without the luxury of in-depth characterization.  Still, if we don't care about the character, we're not going to read the story, so that means the writer has to put characterization in every sentence.  Every single sentence.  There's no wandering in the park, describing this and that.  Just get on with it.

And if you give six writers the exact same premise, they're bound to come up with six totally different stories.  In Lassoing a Groom, we were told to write a story where the heroine lassos her man.  Here's what resulted: 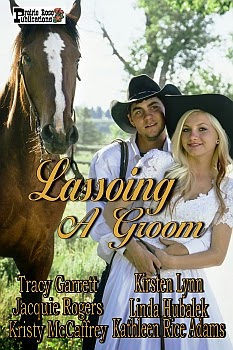 DON’T GO SNARING MY HEART
by Jacquie Rogers
Can rancher Dex Madsen get past loner Betsy Lynch's goats and killer chicken to help save her mining claim and win her heart?

RACE TO MARRY
by Kirsten Lynn
He’s in town to tame a man-killer. She’s accused of being one. When she proposes marriage the race is on.

CANYON CROSSING
by Kristy McCaffrey
In search of her brother, Annabel Cross enters Grand Canyon. When U.S. Deputy Marshal Angus Docherty rescues her from a cliff side, her most guarded secret might save them.

THE PERFECT HOMESTEAD BRIDE
by Linda Hubalek
Will a dangerous man from Gussie Hamner’s past sabotage the future she’s building with Noah Wilerson?

THE WORST OUTLAW IN THE WEST
by Kathleen Rice Adams
An inept bank robber and a bossy spinster team up to rob an empty vault. What could go wrong?


I'll be giving away a copy of Lassoing a Groom to a commenter--but word of warning, I won't be able to pick a winner until June 9 (because I'll be plotting!).  I figure that just gives you more time to tell your friends. <smile>  Please don't forget to leave your email address with your comment so I can send you the book.

Posted by Jacquie Rogers at 6:43 AM