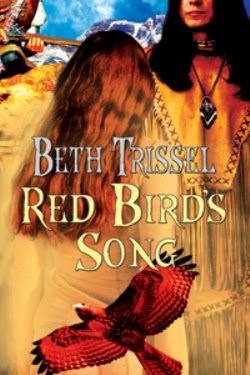 Red Bird’s Song is a 2012 EPIC eBook Finalist. The setting for this story is the same as the other novels in my Native American Warrior Series, Through the Fire, Kira, Daughter of the Moon, and The Bearwalker's Daughter, the spectacular Allegheny Mountains, On a clear day, the ridges of the Alleghenies are visible from our farm in the Shenandoah Valley. Much of the history depicted in Red Bird's Song was inspired by accounts I came across while researching my early American English/Scots-Irish roots (among the first settlers in the valley) and the Border Wars.
The French and Indian War is the most well-known, but there were others. Pontiac’s War followed on its heels, and is the war taking place in Red Bird’s Song. Dunmore’s War came after that one and so on it goes. Life in the frontier was unsettled even after The American Revolution had ended and warfare a reality. The boundaries of the frontier just keep shifting farther west.
(*Images of the Alleghenies by my mother, Pat Churchman) 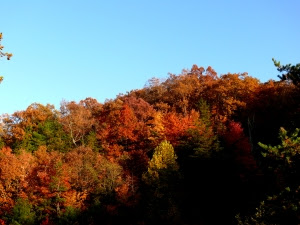 In the early to mid 18th century, the Shenandoah Valley of Virginia and surrounding mountains were the colonial frontier. Only hardy souls dared to settle here. The bulk of these were the tough Scots-Irish. If the Indians had only had to fight regular British troops, they might ultimately have won because they scared the crap out of men trained for conventional warfare, but the long knives weren’t easily intimidated and soon learned from their cunning enemy. The famous rebel yell came from the Cherokee.

Although Hawk Eye in The Last of the Mohicans is an adopted Mohican, his lifestyle is that of a colonial frontiersman. The more rugged of these men dressed as he did, much in the Indian way. They hunted and fought with muskets, tomahawks, and their famous knives. Skilled marksmen had long rifles. Indians soon acquired these weapons and blended traditional ways of living with the new-found tools and warfare of Western man. A highly adaptable people.
The attack at the opening of Red Bird’s Song is based on one that occurred to my ancestors in the Shenandoah Valley and is recorded by Historian Joseph A. Waddell in The Annals of Augusta County. A renegade Englishman by the last name of Dickson led the war party that attacked them.  Initially I’d intended to make the Colin Dickson in Red Bird’s Song a villain but as soon as he galloped onto the scene I knew differently. 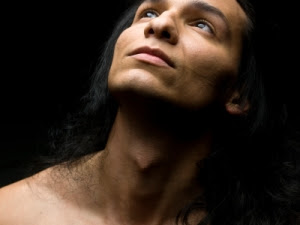 Wicomechee, the hero in Red Bird’s Song, is based on the Shawnee warrior by that name who lived early in the nineteenth century and to whom I have ties. The Moffett’s, an early Valley family I’m related to, include a reference to him in their genealogy. Wicomechee’s father, John Moffett, was captured in Kentucky by the Shawnee at the age of eight and adopted into the tribe. It’s said he was a boyhood companion to the great war Chief Tecumseh, a chief for whom I have enormous admiration. The accounts of John Moffett and Wicomechee are recorded by Waddell. It’s also noted that during the Black Hawk Wars Wicomechee recovered the captive daughters of a Dr. Hull and brought them safely into camp, which reminds me of Hawkeye in The Last of the Mohicans. I’ve included more on this amazing warrior at the end of the novel as a bonus for those who read it. 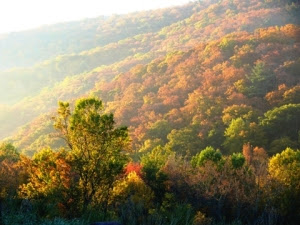 “With “Red Bird’s Song”, Beth Trissel has painted an unforgettable portrait of a daring and defiant love brought to life in the wild and vivid era of Colonial America. Highly recommended for lovers of American history and romance lovers alike!” Amazon Reviewer Virginia Campbell
Blurb: Can a Scots-Irish woman terrified of warriors fall in love with her Shawnee captor?
Taken captive by a Shawnee war party wasn't how Charity Edmondson hoped to escape an unwanted marriage. Nor did Shawnee warrior Wicomechee expect to find the treasure promised by his grandfather's vision in the unpredictable red-headed girl.
George III's English Red-Coats, unprincipled colonial militia, prejudice and jealousy are not the only enemies Charity and Wicomechee will face before they can hope for a peaceful life. The greatest obstacle to happiness is in their own hearts.
As they struggle through bleak mountains and cold weather, facing wild nature and wilder men, Wicomechee and Charity must learn to trust each other.~

"A beautifully written story filled with adventure and suspense...This book touched my soul even as it provided a thrilling fictional escape into a period of history I have always found fascinating." --Night Owl Book Review by Laurie-J
"I loved the descriptions...I felt I was there...Many mystical episodes are intermingled with the events...The ending is a real surprise, but I will let you have the pleasure of reading it for yourself."  --Seriously Reviewed
***Red Bird's Song is reduced from 2.99 to .99 in kindle and nookbook, and other online stores, through November 1st.
Posted by Beth Trissel at 6:41 AM