I Need Four More of Me ~ by Vonnie Davis

Happy Saturday, my lovelies. Or it would be if this migraine that's plagued me for three days would go away. I suspect this one was brought on by stress. As is typical for me, I've over-extended myself. I need four more of me. Do you do that? If you're a typical woman, I'm betting you do. We're masters at multi-tasking and often "wienies" at saying no to more projects. 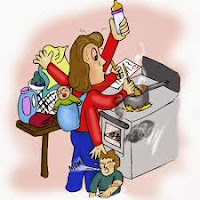 Over the years, we've been sold a bill of goods that women can do it all. Well, yes, that goes without saying. We have and do, but we also take on more little projects than any man would ever attempt...just to prove we can. Frankly, at sixty-five, I'm ready to weaken a little. I don't need to prove anything to anyone. Now if only I can convince myself to do what I'm saying.

My edits for my HarperCollins story are completed. Random House has still to send me theirs for book one of my Scottish paranormal series. I need to start book two, but my agent tells me to wait until I see how much Random House will change book one. I already know they want me to add more sex--something that doesn't come easy for this old broad. I struggle with writing every intimacy. Not that I'm a prude; it's just how many ways are there to write basically the same action so it feels fresh and emotionally right for this particular couple? In The Highlander's Beloved, I didn't get them to that point until nearly the end of the book. My editor at Random House claims that's too late. She wants them doing "the wild fandango" early on in the story. Gee, I was trying to develop their love for each other first--what an old-fashioned concept. Still, waiting so long to start book two is giving me a fair amount of angst. I want to work on Ronan's story. He's starting to complain that I'm ignoring him.

Armando is complaining, too. You see he's very attracted to a breast cancer survivor. He wants to show her how good life can be with a new man who will stand beside her. Oh, and he has such delightful things planned on how to romance her...or so he keeps telling me. It'll be my first middle-aged romance. When I can get around to working on it a little more. 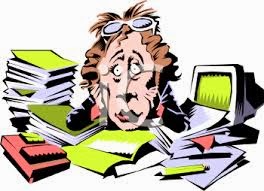 For now, though, Lance is commanding my main focus. He's a shadow, a mercenary, and a piece of macho work, ladies. He insists on calling my heroine sweetheart, something she hates--well, kind of, although I think she's protesting too much. Lance, or Rambo-Romeo as she calls him, is protecting her while she's on the run from a vengeful senator and his lackeys. Lance is hero one in my Eagle's Shadow Series, romantic suspense for those of you who enjoy the rush of danger. Normally I finish book one before I begin the next one, but the heroine in book two just would not leave me alone until I wrote chapter one. I think she feared I'd forget her. As if I could the way she keeps pestering me. As for book three? Ohhhh, don't even get me started. ZQ, head of this band of ex-military covert ops dudes, started ordering me around two weeks ago and I caved. That's right, I wrote a couple chapters of book three before reaching the halfway point in book one. How ludicrous is that? Let me tell you ladies, if that bossy ZQ doesn't stop leaning on me, he's not getting any sex until the final chapter. "You hear that, ZQ? Don't make me put on my mother face..."

This weekend, however, I'm finishing a Christmas short story for another group blog I'm part of, something we do every year. We each post a chapter a day of our holiday reads during the month of December. Nine authors; nine different short stories, each starting with the same phrase. 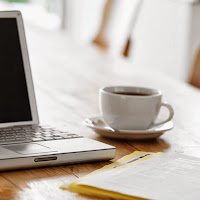 I truly need four more of me to write each project. Wouldn't that be nice? My mind could take a break. Only one romantic couple could hound me at a time. My desk would be less cluttered with character descriptions, plotlines and research. I could breathe easier. And maybe this infernal migraine would fade away.

Have an awesome weekend. I'll be watching football and kissing the computer keys with my fingertips.

You can read more about Vonnie at www.vonniedavis.com

Posted by Vonnie Davis ~ Romance Author at 9:06 AM