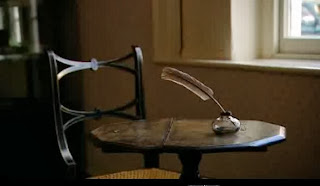 The life of Jane Austen has, to a great extent, been cloaked in secrecy. Whatever the family's circumstances, her health struggles or personal heartbreaks, one cannot help but wonder if -- at the end of her mortal life -- Jane wanted to be remembered (or discussed) through her literary accomplishments. And, for the most part, that is how we best know Jane Austen.

Still, there are some glimpses into her past that help to formulate an image of Jane. Born on 16 December 1775, the second daughter of George and Cassandra Austen, Jane had six brothers and one older sister named after their mother. 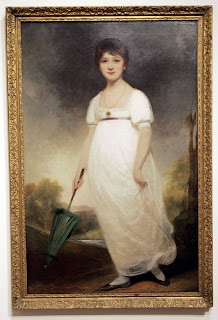 Cassandra and Jane (very much like Elizabeth and Jane Bennett in Pride & Prejudice) were devoted sisters as well as best friends and confidantes. In fact, it can be said that no one more staunchly protected the future legacy of Jane's literary works and the privacy of her personal life than her beloved sister. Their bonds of loyalty and love were forged in childhood and continued even after Jane's untimely death at the age of forty-one. As little girls they both contracted typhus and almost died. And years later when Jane demonstrated an interest in writing, Cassandra as well as the entire Austen family encouraged her pursuit. What began as poems and plays to entertain the family evolved into the creation of literary classics that continue to be read by millions throughout the world.

Without question, to the 21st century world, Jane Austen has become such a respected, beloved, and iconic literary figure that her books are published in 47 different languages throughout the world. Films, merchandise, museums, and organizations such as the Jane Austen Society of North America have been created to continue to study and support the work of this author. Her image can now be seen on the £10 note in the United Kingdom. Most recently, a turquoise and gold ring belonging to Jane created a storm of controversy when it was sold at auction to American singer Kelly Clarkson (who wanted to bring her prize back to the United States). Immediately, the United Kingdom Culture Minister placed an export ban on the piece. 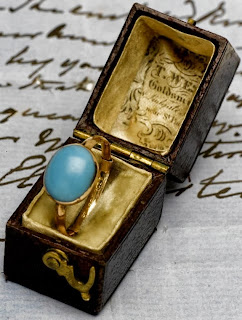 The Jane Austen House then went to work and initiated a fundraising campaign to try and buy back the ring to keep it in the United Kingdom. Their actions were understandable since the ring remains one of only three pieces of surviving jewelry documented to have belonged to Miss Austen. And like a true-blue devout Austen fan, Ms. Clarkson acquiesced to the museum's wishes and agreed to sell the ring back. Ms. Clarkson stated, "The ring is a beautiful national treasure and I am happy to know that so many Jane Austen fans will get to see it at Jane Austen's House Museum."

Obviously, there is a fascination about the woman herself, but from a literary viewpoint, what is it about Jane Austen that continues to captivate readers, and has generated such a devoted following? One could simply say her novels stand apart -- and continue to thrive today in the marketplace -- because of her literary voice, her remarkably descriptive narrative, the crafting of her plots, and the unique and diverse characters she created -- some of whom have become iconic quintessential heroes and heroines in the 21st century. 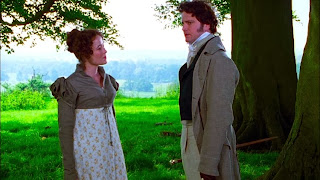 Yet above and beyond all of the above, for me (and I believe many others), the novels of Jane Austen contain an intrinsic element upon which her novels not only succeed but have become unforgettable. Jane Austen takes the reader by the hand through a time portal into her world. One does not read a Jane Austen novel; one becomes immersed in it.

Jane Austen remains the unparalleled voice of an era. She encapsulated through her writing not just the beauty and elegance of the Regency period, but also provided a rapier-edged honesty and insightful commentary on society itself. 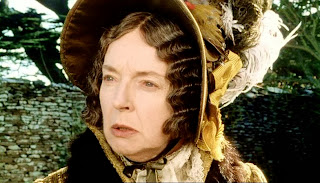 She showed us the strictures and customs imposed by early 19th century society -- the dynamics of family regarding such issues as financial security, inheritance, the rights (or lack thereof) of women, scandal, and even the political and military climate of the time period.

Her undeniable firsthand perspective as a woman living in the Regency era became, in itself, a wondrous magnifying glass into a world her readers could both see and understand. This attention to detail continues to inspire writers of historical fiction, and kindles within their hearts the importance of research and accuracy regarding the time period in which their book is set. For authors whose work takes place in the Regency period, there is an added burden to maintain the Austen standards of excellence, accuracy, and integrity that readers of this period not only love, but know so well.

Yet, it is important to remember that Jane Austen was not writing a historical work of fiction. She wrote about the time in which she lived and did so with such an attention to detail that she provided future generations, including scholars, with a wondrous glimpse into the Regency period. 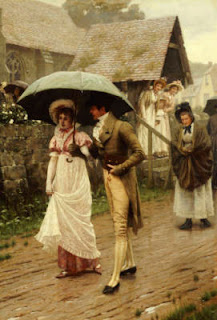 And what I have learned from Jane Austen is that whether one is an author of historical or contemporary fiction, there is an obligation to provide readers with accurate information and details when possible. To paint a vivid picture that pulls them into a book, and to incorporate facts in fiction that will sustain over time. Readers are savvy and intelligent, especially readers of Regency Romances. They know the period, and nothing will prompt a Regency reader to put down a book faster than inaccurate information about the time period they love.

The same reaction would apply to any work of fiction where the reader is pulled out of the story either because the plot is not feasible or the author failed to do proper research. For example, in a contemporary suspense thriller, the type of equipment and/or forensic testing utilized to investigate a crime scene or solve a crime must be accurate; the plot not far-fetched or unrealistic that the reader will be pulled out of the story. 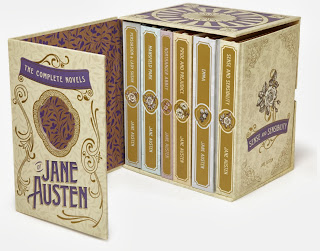 As an avid reader, Jane Austen has always been someone whose work I not only love but greatly admire. There is intelligence, wit, and elegance to her writing, as well as an exemplary integrity to the crafting of her stories that remains timeless. As a writer, she is one of the authors who continues to inspire my love of historical fiction. She is the reason why my first book, The Sense of Honor, was set in the Regency period. Although I will not achieve the pinnacle of success as an author that she accomplished, I am so grateful for the contributions she made to literature, and the stellar example and quality of storytelling she provided to which I aspire.

Thanks for stopping by. I hope you enjoyed my tribute to Jane Austen and her legacy. ~ AKB

Posted by Ashley Kath-Bilsky at 12:20 AM