Series - Why We Love Them


I think a lot of readers, when they pick up a book and enjoy the story, want it to continue. Also, we writers might not want to stop writing about those characters, towns or other worlds we've created. That’s why Series are so popular in today’s market. I used to only read Single Titles. Way back when, a well-known author would put out a book once a year and I’d read it no matter what the subject. I read Julie Garwood for years, when she wrote a contemporary, I read that as well. I liked reading Single Titles written by great authors.


It wasn’t until I began considering Indie publishing that I gave serious thought to writing a Series. I labored long and hard about what readers wanted to read. It was only after I realized I’d moved to reading more Series myself that I settled on writing one. I think the reason is it’s very easy for a reader to slip back into that small town, the other world, and go along with a particular group of people.


This is especially true with Paranormal and Fantasy. By the time an author builds that world, and creates those characters, we’re entrenched in the whole idea. We look forward to seeing who steps on stage in the next book, how the other characters will interact and we always love when our favorite character make a reappearance. So, as readers, we like what’s familiar.


So, how bold does a reader need to be to try a new Series? According to those I spoke to at conferences, it’s sometimes the cover, sometimes the genre, but most often it’s what other people are saying about the Series. I think the best way to reach an audience is to tell people you meet about a great book you’ve recently read, or are reading. Those are the first I check out.
I hope you'll check out my Falcon Securities Series.


What are you reading? I’m reading Gena Showalter’s Lords of the Underworld Series. 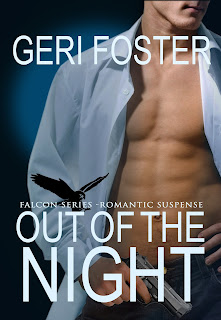