Is A Kiss Just A Kiss? by Joan Reeves 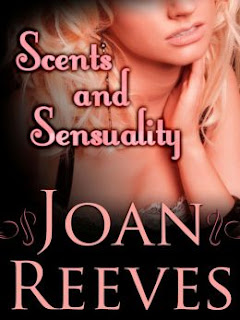 Is a kiss just a kiss? That's what Herman Hupfeld wrote in the song, As Time Goes By, better known as the love song from the movie Casablanca.

I've blogged before about kisses because a kiss is significant. To borrow part of something Mae West once said, it too is "an emotion in motion."

In 1971, Desmond Morris published a ground-breaking book, Intimate Behavior: A Zoologist's Classic Study of Human Intimacy. In his book, he doesn't talk about the magic of a kiss. Instead, he talks about the 12 steps of human intimacy, of which The Kiss is just one step.

Morris begins with Step 1: Eye To Body – visually sizing up a potential mate – and ends with Step 12: Genital To Genital Contact – which you probably don't need defined.

Step 7 in Morris's study of intimate behavior is Mouth To Mouth – Kissing. In most romance novels, that first kiss is a seminal event in the growing relationship between heroine and hero. By the first kiss, the couple in question are acting on their desire, and they're curious as to how that kiss will make them feel. Will it knock their socks off or put the damper on their growing desire?

Obviously, much depends on that kiss. If it increases their desire, which it should, then they face the problem of backing away from each other if there are circumstances that keep them apart. Of course, they may, for their own reasons, disavow the effects of the kiss. After all, a romance is all about overcoming obstacles to achieve a worthy goal – each other.

Here's an excerpt – the first kiss – from my latest contemporary romance, SCENTS and SENSUALITY

, available at most ebook sellers.

Scents and Sensuality Excerpt, The Kiss

Was it really all right to be herself with him? To show her true personality? "Nicole said men prefer women who aren't so serious. She said men like women who are sexy and flirty. I'm not like that. I'm serious and thoughtful and introverted. And shy."

She was shy? Oddly, Harrison liked that. Most of the women he'd had in his bed didn't know the meaning of the word shy. He'd never had a woman hesitate to tell him in detail what to do, where to touch, how to touch, and when to touch as she pursued her own orgasm. As if he were so unskilled that he didn't know anything about women.

"I really don't know much about pop culture and clubbing and all the stuff that Nicole knows," Amanda said.

"Your friend doesn't know what she's talking about," Harrison said. He stopped moving. Now they weren't dancing. They were just swaying in time to the music. "There's nothing wrong with the real you, sweetheart."

With that one sentence, he had her. She could smell him, and his scent was strong. Musky. Maybe it was just physiology, she thought, with the tiny part of her brain that still worked. Something about her female pheromone receptors went bonkers when he was near. He'd said sweetheart. Amanda didn't know if it was what he'd said or the endearment that warmed her so completely.

In a voice so intense that it made gooseflesh break out on her arms, he said, "You don't have to pretend to be someone you're not. I like you just the way you are."

The song stopped. Still they swayed, cheek to cheek, breast to chest, heat to heat. The song started again.

"You're beautiful," he whispered against her cheek. "And you're incredibly sexy without playing silly games. You're sexy without even trying. And I want you."

His words wove a spell around her lonely heart. "I want you too," she confessed.

Harrison smiled and nuzzled the tender flesh of her neck where her pulse throbbed.

In a voice so soft that he had to strain to hear, Amanda said, "You don't have to say that...that I'm sexy. I...I won't change my mind about...about...you know." She fell silent.

Harrison pulled away from her a little so he could look at her, gauge her reactions. "Are you trying to say you won't change your mind about having a raging affair with me?"

Amanda took a deep breath and exhaled. She met his eyes directly. "Despite what you say, I know I'm not sexy. I just want to be honest with you. It's important to me to be honest. I don't like lies. They just cause problems. So here's the bald truth. I'm a flop with men, and I was desperate for a date for my cousin's wedding. Nicole helped me hook you. She tutored me on how to be a hot babe because that's what men want."

Harrison found it hard to accept that she believed all that. "That's a hell of a lot of honesty."

His comment was like the release gate on a dam. A flood of words poured out of Amanda. "I don't want you to be confused by Nicole's tricks and think I'm something I'm not. Even though I'm more than willing to...you know...have that raging affair with you."

Amanda spoke faster to get all the words out before she lost her courage. "I was just pretending. So you may not really want me now that you know the truth. I'm not a sexy hot babe, and you don't have to tell me I am just to--"

Harrison's mouth swooped down and captured hers, shutting off the frantic torrent of words. Amanda was frozen for a split second, then the feel of his mouth on hers broke through the paralysis. His lips were warm. They pressed against hers, teasing, shaping hers. The tip of his tongue licked, demanded entrance. She sighed, and his tongue plunged into her mouth. She forgot that she didn't know much about kissing. She welcomed him. She pressed her body as tightly as possible to his and couldn't hold back the moan that rose to her lips.

Win A Copy of Scents and Sensuality

Make a comment and be entered to win a $5.00 Starbucks Gift Card and a Smashwords Coupon for a free copy of Scents and Sensuality. Just leave your email address where I can contact you if you win and make arrangements for delivery of your prizes.

(Don't leave your email addy as a hot link or the web crawlers will grab it and you'll be spammed within an inch of your cyber life. Do it this way: YourName at Domain dot com.)

I hope you'll enjoy watching Amanda and Harrison navigate all the steps of intimacy in a book that's sassy, sexy, and funny.

Joan Reeves is a mild-mannered reporter for the Daily Planet who – no, wait, that's someone else. Seriously? Okay, if we must be serious. Joan Reeves is a multi-published author. Her books are available in ebook, audio, and print editions from all major retailers. Joan's Motto: "It's never too late to live happily ever after."