I'm Not Ready Yet ~ Sherri Easley

I confess- I have not been myself the last few months. I have struggled with the loss of my son in August due to Covid. It has been hard to find joy in any of the creative things I used to do like writing or sewing, because in those quiet times, the memories seem to sneak up on me.

So, in the midst of my sadness, I will post my letter to my son after his death. With 750,000 lives lost and counting... to this deadly virus, I want to put a face to that one percent so many seem to dismiss - because it has a 99% survival rate.

I was scared out of my wits when the doctor told me I was pregnant. At 16 and just married, I shook my head in disbelief and told him- I can’t be pregnant, I’m not ready yet.

Over the next few weeks, I thought I would puke you out. Pregnancy made me so sick. But, within a few weeks, when I felt the quickening low in my belly, the tiny flutter acknowledging your existence, my heart was full. So, I began nesting and buying things at garage sales for you. We were as broke as two kids get, but we were ready for your arrival in early December.

Two days after Thanksgiving, when I was having indigestion, my mama timed my pains. They were 5 minutes apart, so she rushed me to the hospital. Your daddy was off deer hunting. I said, he isn’t due for another week and his daddy isn’t here. I’m not ready yet. 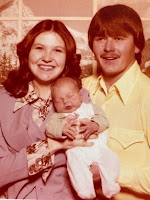 But five hours later, on Saturday, November 26, 1977, you came screaming into the world at a whopping 8#15 ½ oz. I giggled because your Gramma Betty wondered whose fingers you had- hers or your dads. I knew they were like mine.

You were a big, beautiful baby and people would stop me in the grocery store to tell me how cute you were.

And when you had colic or ear infections, I would rock you and sing to you and we bonded even more. I was afraid to let you sleep alone in your bed so; you slept with us. 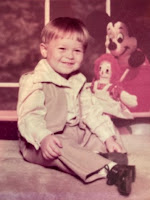 I guess in many ways; we grew up together. I honed my sewing skills on my grandmother’s old sewing machine and made you little old man suits. I’m sorry about that now, but there weren’t a lot of options back then and we just barely scraped by. But we loved you and you didn’t care. You preferred to run around in just your diaper, anyway.

You were my fuzzy headed little dude and turned my life upside down.

Then you learned to toddle about. Oh my Scotty, I was not ready for that. You played in the toilet and the dishwasher and just about any place you could get into. It was easy to see from an early age you were incredibly intelligent. I think I still have the cassette recording of you reciting John 3:16 when you could barely talk.

Even at a very early age, you had a fascination with wheels and would scream out the make of a car just by looking at the hubcaps. It is as much a mystery to me now as it was then on how you did that.

You made me a better person, Scotty, in so many ways. I remember when my friends graduated from high school; I took my GED. When Mr. Jackson called me back to tell me I should go to college, he told a woman working there, “listen to how she talks about that little boy”. You were my moon and stars and he used that as leverage to convince me, I should go to college for you. So I did. 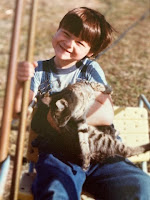 We lived out in Argo, not far from my parents. They through the sun rose and set in you, too. They kept you while I went to college and took you camping. You loved living in the country. You had a cat named Toman- you know, like Toman Jerry you told me. We had lots of dogs and you even had a pet bull named Billy. 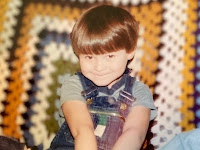 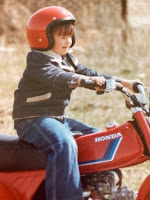 You also loved your three-wheeler. Oh Scotty, I’ll be honest. You drove that  thing like a bat out of hell. I was definitely not ready for that and held my breath every time you got on it, but your daddy told me you would be okay. And you were. 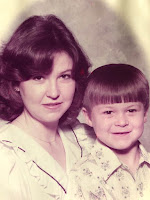 Then, your daddy and I separated and you and I took off on an adventure alone and moved to Arlington. You weren’t ready for that and cried so much the first week in daycare that you had a fever and I had to come get you.

A few months later, we moved back to Mt. Pleasant, and I married Ira. You were not ready for that either. After being an only child for six years, you rebelled at the idea of sharing your mama with other people. 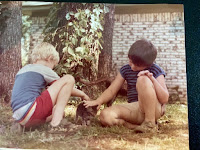 But Ira came with a perk. Suddenly, you had a brother just three months younger than you. You and Brandon tore that yard up with your cars and super heroes. You dug hole and built bridges everywhere. You two were joined at the hip in adventure. I am not sure I ever saw two little kids play so hard or fight as hard as you did. You nearly wore the wheels off your bicycles.

The next year, I had Ashley. You weren’t sure about a little sister. One more person to share your mama with, but you were a good big brother… for a while, at least. 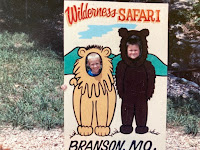 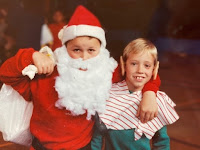 Those were glorious years with vacations to Colorado, and Disney and Hot Springs and the beach. We had birthday parties and Halloween fun, and Christmas was a big deal. 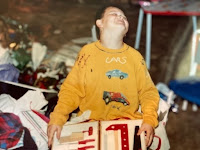 I never realized once your kids left home how holidays wouldn’t be the same. I never will forget that one Christmas when you got a tool set. The joy on your face was one I saw many times after that brought on by tools. 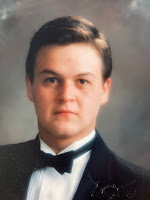 Things get fuzzy after that–Teenage years are hard. You got your first car and kept the road hot. I was so not ready for that. Every time you were a minute late, or I heard a siren, I just knew it was you. But it wasn’t, and we made it though.

I will always remember how you walked into a room and stood a little straighter so I could see your 6’5” stature, and how you would reach up and touch the ceiling- just because.

My mama always told me that just about the time you finally decide you can live with your young adult child, someone else does too and they get married. She was right, of course. Because mothers always are. Right? 😉

I was not ready for that. Who was this female replacement for me, anyhow? But married you did and after a few years, you blessed me with my first grandchild. I could not have loved Coby more if he were my own. It is hard to explain the love a grandmother has for her grandchildren. It’s like a piece of the love I had for you broke off and evolved into a new mini version of you.

As the years moved on, you went through some tough times, but made it through and married again. This time adding a stepson and then blessing me with another grandchild.

When I talked to you last in the hospital, you were finally living your best life and I was so proud of you,  but I was always proud of you, Scotty.

Mostly, though, you were proud of your boys. All three of them. Coby and the business he started, and Brian and Aiden with their school and music. You were proud of the influence you had on raising them.

I watched you struggle for breath as the monitors beeped, and nurses messed with your tubes. That terrified me Scotty. I know it terrified you, too. I could see it in your eyes, but we both tried to hide it from the other. I didn’t tell you, but after that first day of seeing you hooked up to all those monitors and fighting so bravely, I cried all three hours of my drive home. I didn’t want to leave you but could tell my being there prevented you from resting.

Many people will say you go when it’s your time. Scotty, this wasn’t your time. You had three boys to raise. You wanted to have a farm and do things around your house. You had dreams and aspirations. This virus took that away from you and all the thoughts and prayers in the world could not save you.

So here we are, at a new place. Once more, with you running along ahead of me

…and I’m just not ready yet. 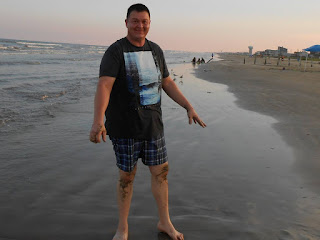