Romance as Big as Texas by @JoanReeves #SmartGirlsReadRomance 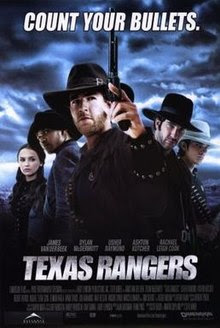 Did you miss me yesterday on the 16th, my usual blogging date? I was physically tired from moving "stuff" from our house in the country to our new (to us) house in Houston.
I was so tired I couldn't think of anything about which to blog so I climbed into bed and watched a movie instead. As it turned out, the movie inspired this post I'm writing.
Darling Hubby and I watched Texas Rangers, a movie starring Dylan McDermott, James Van Der Beek, Ashton Kutcher, Alfred Molina, and others you'd probably recognize.
Directed by Steve Miner, the story is about a group of Texas Rangers in the post-American Civil War era.
The film is loosely based on Taming the Nueces Strip by George Durham who used his own experience of serving in Captain Leander McNelly's Texas Ranger group.
Public Reception of the Movie
The film was panned by critics and was a box office bomb. In fact, a review said: "It is very much a film for boys, both young and old..."
Well, readers, I guess I'm a boy at heart because I loved the movie. In fact, I turned to my hubby and said, "I'm such a sucker for western movies like this."
What I meant was, I'm entranced by stories of heroism. People tackling the dirty, rotten, stinking jobs that others are too scared to do or don't want to do—the jobs that make life civilized for the rest of us. Texas Rangers did it. Police, firefighters, soldiers, sailers, marines, and airmen/women do it. And we take it all for granted. 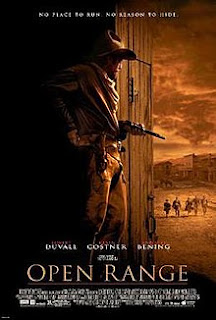 Back a hundred years or more, books about brave men taming the west and other such topics were labeled Adventure Fiction, defined as a type of romance that usually presents danger, or gives the reader a sense of excitement.
Maybe that's the underlying reason why I like heroic movies like.
Hubby loves that I'm always open to watching Open Range starring Kevin Costner, Annette Bening, and Robert Duvall.
Other favorites are The Sacketts (we have the complete set of those in hardback) starring Sam Elliott, Tom Selleck, and Glenn Ford; military movies like 13 Hours starring John Krasinski and Max Martini, and so many other films of the Adventure genre like The Last of the Mohicans.
Heaping Serving of Romance
I've never tried my hand at writing western historical romance. I like to leave that to authors like Caroline Clemmons who owns that genre. Check out one of her 2 new releases, Mail Order Gloria.
Instead, I write about Texans of today, the men and women who people many of my romance novels. After all, I married a Texan, and he's the epitome of the Texan male—strong mentally, emotionally, and physically; compassionate; loving; great sense of humor; and always willing to fight for what's right.
All of the heroes I write contain those characteristics, and if they weren't born in Texas, they end up there if the heroine is Texan. 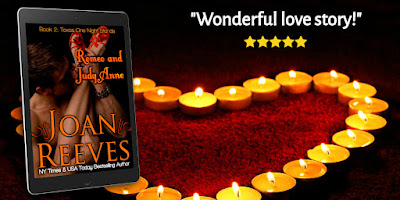 Romance as Big as Texas
I think of the love story in the books I write as "big as Texas" because the heroine and hero persevere to get their  happily ever after.
In Romeo and Judy Anne, high school principal Judy Anne Palmer wonders if a good girl can ever win? It doesn’t seem that way to her because she was always a good girl who never did anything impulsive or rebellious and look where it got her? Stuck in a life she hates!
Then boom! One night in Dallas she has a nuclear meltdown and goes off the rails when she meets him! Nothing's ever the same again.
Reviews
"Roman Carlisle is a wonderful hero, sophisticated, handsome, and charming. But what really engages the reader--aside from Roman's uber sexiness, ahem--is the warmth he exudes and his heartfelt pursuit of woman he wants but hasn't quite decided what that means.

"I can't recommend this story enough. The characterization is deep and the end as satisfying as the reader could hope for." —CRich, VINE VOICE
"I just adored Roman/Romeo. Perfect hero material, hot, rich and a lovely guy. He's definitely my favorite of Joan Reeves's heroes. Judy Anne is a likeable heroine with a difficult family situation that she tries hard to deal with. The start of this book sucked me straight in and kept me reading. Another great read!" —Loves Reading 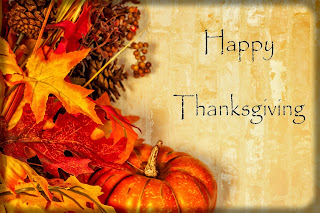 Your 2¢
Now that I've told you why I like Adventure Fiction in books and movies, please leave a comment and tell me what kind of books and movies you like!
Have a wonderful Thanksgiving. We'll have 2 of our kids and families this year. Last year, like many, we had zero loved ones gathered around a real table. I'm looking forward to the big day. Hope yours is full of joy. Happy Thanksgiving.

Signup for my free newsletter and be the first to know about new books and giveaways.

Plus you'll get a free ebook when you confirm, or opt in, for your subscription.