THAT PERSON WHO'S ALWAYS AN EXPERT!

We all know a self-proclaimed expert we can’t avoid. Likely he or she is a relative, sometimes a co-worker. Talking about this with my husband reminded me of a funny story. Several years ago, my friend Jennifer told me this tale: 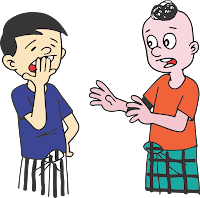 Although Jennifer’s husband Bryan is a nice man, his brother Mike is a bore who considers himself the authority on any subject. Since Mike has a college degree and Jennifer doesn’t, apparently Mike enjoys regaling her with details of everything.

She says it’s as if he thinks he’s an expert who feels compelled to educate her. His tone of voice indicates derision, as if she is too dumb to know anything. (Actually, I’ve always found her to be clever.)

One day when Jennifer’s nerves were on edge after an exhausting day at work, Mike dropped in for a visit. In conversation he pointed out that Jennifer—a working mom with two young kids—needed to dust the spider webs from her light fixture. His comment snapped Jennifer's last frayed nerve.

She said, “That’s not a spider web—it’s a cob web." She paused and looked at him. "Oh, I’m sure you know cobs are quite different from spiders.” 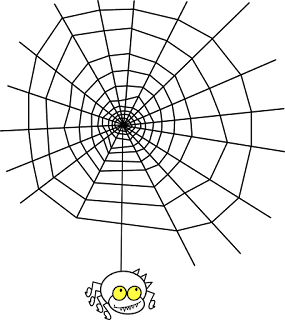 Jennifer wove a story about the minute cob species, their habits, and benefits. By the time she had finished her explanation, the cob approached being the benefit to many of the earth’s problems.

When she told me the story, her eyes twinkled. “I wonder how many people Mike has informed about the work of cobs.”

Posted by Caroline Clemmons at 1:00 AM