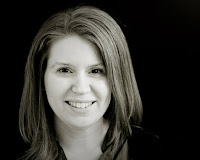 My name is Kara O'Neal. This is my first post for Smart Girls Read Romance, and I'm so happy to be included in this group! I never thought I'd be a writer. That was definitely not in my plans as a child.

However, I certainly was an avid reader and had a goal to open a bookstore. My favorite author as a child was Rudyard Kipling. The librarian at my elementary school about had a heart attack when this red-haired, first grader (me) came up to the circulation desk and inquired, "Excuse me, but would you have any books by Rudyard Kipling?". 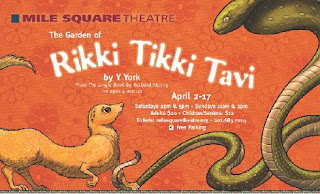 I don't remember doing that but he told that story to my mother every time he saw her for years.

So, as you can see, I developed a love for books and reading pretty early, and there's a reason why....

Her name was Pauline. Everyone called her Polly or Sammy. But I called her Grandmother....

We didn’t start the fire, and neither did she, but she certainly kept the flame burning bright… 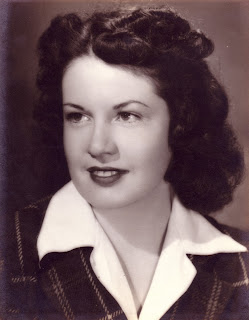 My grandmother was born in Kansas, the baby of six children. Her father died when she was 6, and she never knew her eldest sister because she died at the age of 2.

She was a farm girl, a valedictorian, a football queen, and a college graduate.

She taught English for 30 years, was Teacher of the Year, District, and Region and started the Public Library for a small town in South Texas that probably had the first drug store.

She had two children while she continued to work…

She was the original working mother.

And one night I had the privilege of sleeping in the same room with her and she spoke about the beauty of the nominative participle…until 1 a.m.

There is much to say about her, but I think the poem I wrote in college says it best…

I remember how she used to touch her hair,
and how she labeled all her Tupperware.
I remember when she was Salutatorian at 13 and Valedictorian at 18.
I hope I learn to say “I” instead of “Me”,
and that a deck of cards was missing its 3.
I remember she ate poached eggs for breakfast, had tea at 4:00,
and her students were silent when they heard her steps upon the floor.
Teaching English was her calling, and rightly so, her first students were her dolls,
she taught people all they needed to know.
After praying before a meal, she would always get that look upon her face,
and we knew what she was about to say –
“Did we say grace?”
I remember 40 tubes, with mirrors attached, of Instant Mocha lipstick,
and designer hose bought from Neiman Marcus.
I remember that shade of taupe she always wore,
and how she fooled her husband and didn’t get
her wedding ring melted to the core.
I remember how she said, “Goodnight!”, when she was shocked,
and how her 1000 books were organized into a card catalog.
The library would not have been possible without her,
nor would my education for that matter.
I remember how she put wax paper between her pans,
and that her favorite song could be held in the palm of your hand.
She loved the Aggies, and was once a football queen.
She was always quite the lady it seemed.
Whenever I watch the Sound of Music, I think of her.
Whenever I read the Lockhorns, I think of her.

Grandmother was definitely a "smart girl". Did she read romance?

I discovered that when we had to clean out her house. She had over 1000 books stored in so many places in that one-story, tiny dwelling, and there were romances mixed in with the classics.

I didn't become published until after she passed away, but I know she's proud of me. However, I'm pretty sure she'd take a red pencil to my manuscripts and even the finished product. She did the same to the Valley Morning Star, the town newspaper. She'd mark all the mistakes in the articles, then mail the paper back to the editor. She called it the Valley Morning Disappointment.

She was something. I miss her every day.

I write historical romance, and you can learn more about me at my website. My current series is the TEXAS BRIDES OF PIKE'S RUN, and if you like stories that center around the characters of a small town, similar to the Little House series or the Anne of Green Gables series, then you'll love Pike's Run. I just released book seventeen, THE PRINCESS'S KNIGHT.

Thank you for letting me tell y'all about my grandmother and about me and my books. I love the Pike's Run characters, and I believe y'all will, as well! 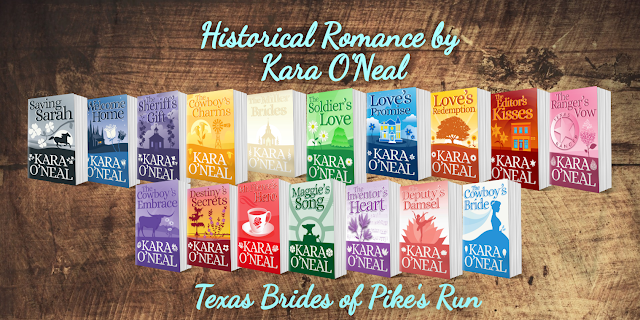