The Glorious Month of May 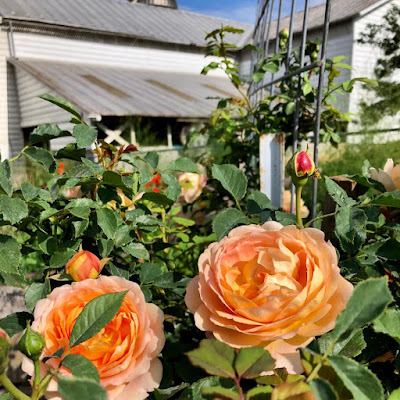 I've been absent from this blog for quite awhile--2020 was rough. You don't need me to tell you that, though. It kind of carried over into 2021 and I disappeared into my garden, whenever possible. I'm emerging now, rather like a mole from its burrow or a butterfly from its cocoon. Better imagery. The stirrings to write again are nudging me as I remember how I used to be. Not just before 2020, but before my dad died (end of December, 2018). Before a lot of things. Before daughter Alison had cancer (2020) and all that meant for her and the rest of us. She's doing great now, thank God, with frequent checks. 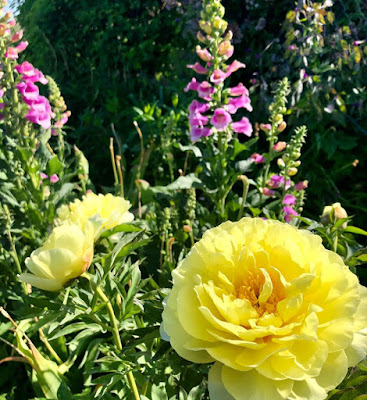 Through it all, the garden has been a balm for my spirit. I'm nurtured, inspired, and a more creative person from the days spent among living things. My latest creative outlet is making fairy gardens. I'm using every possible container I find or acquire. It's kind of like playing with dolls again, in a way. I love the little fairies and creatures I add to my assembly of plants. 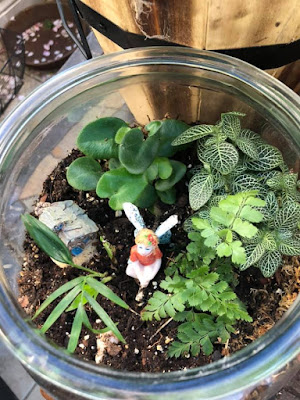 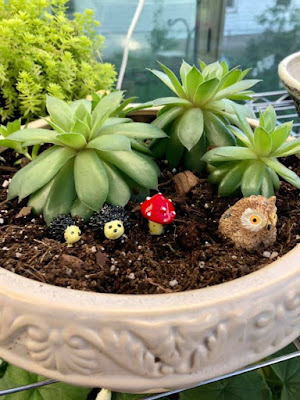 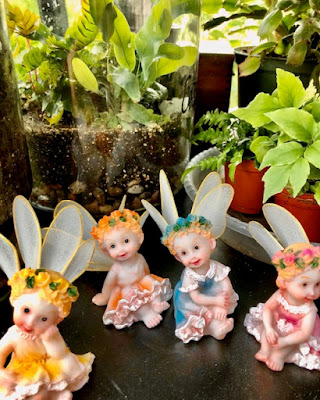 One big push this spring, apart from the garden, has been to go through and clear out my parents' house. Mom is living with my sister, Catherine, now and Alison and her husband are buying the place. They're into repairing and remodeling which requires an empty house, so the rush was on. Going through everything I've known my whole life (plus new discoveries from the distant past) is a highly emotional journey. My folks collected a museum worth of belongings, plus Dad was the family historian, so he inherited a wealth, as did Mom. She has albums, journals, books, etc., from the missionary side, especially those who served in China. Here, I add that I spent my early childhood in Taiwan while my parents taught English at Tunghai University, outside of Taichung. And yes, I remember. Then we moved to Bristol, Tennessee, where Dad taught at King's College, onward to Knoxville to get his doctorate in English at the University of Tennessee. Then back to his and my birthplace, the Shenandoah Valley of Virginia, where he taught at Bridgewater College and mom did a variety of things.

Each step of the way is well recorded. I come from a long line of people who put pen to paper and operated the earliest cameras ever made. A lot.

We're sorting through letters, journals, albums, pictures...many of which go way back into the 1800's. We've got the major wars covered, of course. Even colonial America. For instance, on my dining room table is a box filled with the letters my Grandfather Churchman wrote to my grandmother over a hundred years ago, before, after, and during WW1. My father saved them, and so, I think, must 1. But where to put stuff? 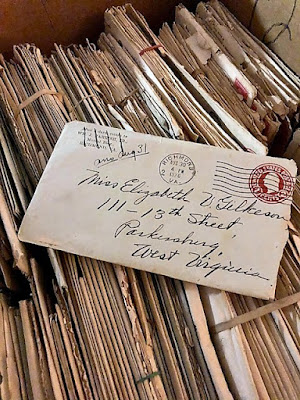 Fortunately, Dad labeled everything or we'd often be in ignorance. One simple hand carved wooden vase turned out to have far more significance. I've relocated many items to the garden and figured this would make a good garden feature, until I turned the vase over. Dad inked a message that this vase was carved by the Japanese American father of my Grandma's Mack's friend who gave it to her as a thank you for taking in his daughter during WW11. Both Grandmother and Grandfather Mack (Mom's side) rescued the young woman from a Japanese internment camp where her father spent the duration of the war.

We even found the album our Great-Great Grandfather George W. Finley (Dad's side) put together that includes the 'invitation' he received to join the Confederate army and fight for Virginia. He was promised an officer's rank, if he came willingly. Considering he ended up in Picket's Charge at Gettysburg, miraculously survived the horrific battle, his subsequent capture and imprisonment, he might have been advised to turn that offer down. He did his duty, though. Men in that age were all about honor and duty. Maybe that's a good thing. I think so.

We can learn a great deal from the past. And from the garden. 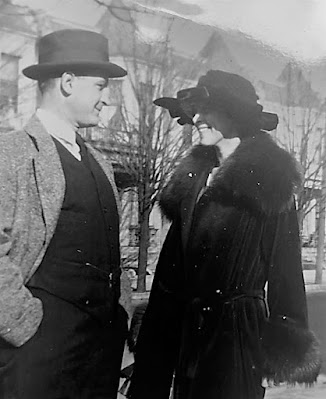 (My letter writing Grandfather Churchman and his beloved wife, my grandmother)
Posted by Beth Trissel at 5:48 AM