Growing up in Northeast Texas on a farm was lonesome for a young child, especially before I went to school. There were few children in our area of the community and we were scattered over a great distance. One year, there were only 54 kids in the entire school, first through seventh grade.

One of my favorite past times was to hot foot up the road to visit our closest neighbors, Nora Duke and her sister Mirt. I say this literally, because we lived on an asphalt road and I went barefoot most of the time. That black road gets extremely hot in the summer.

Nora and Mirt lived in the only visible house from us. Whether it is time or age, I have to provide a disclaimer on the accuracy of my tale. There are things I thought were gospel as a child that only later in life, found out were not accurate. Some topics, like divorce, were not discussed and in the absence of information, a lot gets made up, especially by a young child.

Miss Nora was a beautiful and vibrant red-head with blue eyes that seemed to always twinkle. She was mischievous and I swear to this day, that made her eyes twinkle brighter. She was older than my parents and more like a grandmother than a neighbor. She divorced, in a time before divorce was popular, and was a strong independent woman. She lived with her sister Mirt, who had never married. 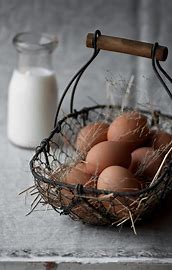 The tiny house was always pristine with a basket of fresh eggs on the counter and lots of breakables throughout I could only admire from afar. Many things were from her son in California, a place I thought had to be at the edge of the earth. She had cool things like a trash can made from tightly rolled magazine pages and colorful antique rugs. They introduced me to exotic things like green olives with sandwiches. I had never seen an olive much less eaten one until that time.

If I visited in the daytime, I might find them wearing their bonnets and working in their large garden or hanging out clothes. During the day, they let me feed the chickens. 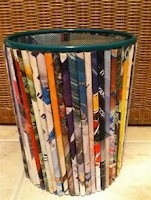 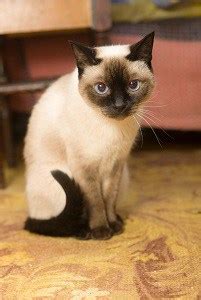 My favorite time to visit was about dusk. I would stand at the outside of the screen door, and wait while one of them unsecured the latch. Miss Nora and Mirt would already be in their housedresses, freshly bathed, watching the six o’clock news, eating a bowl of ice cream and preparing for bed.

Miss Nora sat in one chair, with her evil Siamese cat Sleu-toe at her feet and Mirt, across the room, next to an end table with a lace doily and the phone atop. Their Bibles on the arm of the chair or nearby.

If my timing was right, I too could score a bowl of ice cream and eat with them. Any other time, I had to settle for a half piece of Wrigley’s Double-mint gum.

We were on an eight party- party line, and our phone had one ring, and their phone had two rings. It was amusing to be there when one ring came across and Mirt would pick up the receiver with her hand over the mouthpiece to see who was calling us and perhaps listen in. 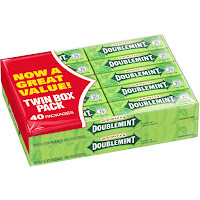 One time, when I was about twelve or thirteen, I remember telling Nora I needed to do sit-ups so I could flatten my stomach. I was bean pole thin and this was a fishing expedition for a compliment. She wisely told me I didn’t need to exercise, I just needed to get a tighter girdle.

I asked Miss Nora one time why she had never remarried, and she provided the most profound and simple answer I could imagine. “I never met anyone that made me a better person.” I wasn’t mature enough to understand the depth of the meaning until after I married and divorced.

That one piece of advice has stuck with me all these years. Even today, as I think of my characters when I write I ask myself, does his/her love interest make them a better person.  After all, I do want them to live happily ever after.

I would love to hear the best piece of advice you ever received.