Zooming Through the Pandemic by Bea Tifton

I have a confession to make. I. Hate. Zoom. Am I alone? How many people actually like it?  By now we’ve all heard about the supervisor who appeared as a potato in an onscreen meeting. And of course, the hapless attorney who appeared as a cute little kitten during a legal meeting and couldn’t figure out how to turn off the filter. I feel their pain.

But in these socially distanced, please-stay-home times, Zoom is a necessary evil. Something I had previously never known existed has become a part of my life.

The first time I used Zoom, I was appalled at how bad I looked. I strongly resembled one of the walking dead. But, when I got over the initial shock, I unmuted and joined the meeting. A group of church ladies I meet once a month for coffee were ready and waiting. We had been in lockdown for about a month. One of my gregarious, quirky older friends immediately exploded, saying she felt like a prisoner, that this was so stupid, etc. I must have twitched or something, because suddenly I had her full attention. She said, “Oh, but it’s so much worse for poor Bea. She’s never been married and she doesn’t have kids. She’s just totally alone. She’s stuck at home with no one in her life. No one to talk to. Completely alone.”

I tried in vain to interrupt, but she barreled on. Finally, a friend managed to interrupt and changed the subject. Whew! I felt like I was stuck in a rerun of the old Mary Tyler Moore show for a minute there. 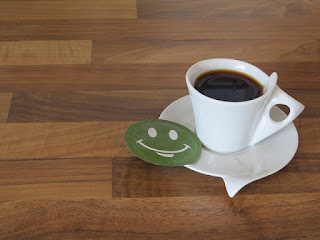 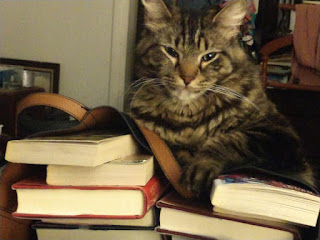 My Sunday school class Zooms once a week, purely socially. We have one guy who’s a whiz at PowerPoint and one week we may send in pictures from our childhood, another week places we'd love to visit. It’s actually fun once we get started even though I have to drag myself to the screen initially. But, Ranger, my oft-mentioned Maine Coon Cat, decided to Zoom bomb.  People oohed and ahhed, which only encouraged him. Ranger decided to plop his 26 pound body onto my head. He loves to sniff my mousse for some reason. Just sniff. I think maybe it has catnip in it or something. But, since we were on camera, he decided to groom me. To my horror, he licked my head. One of my friends said, “Hey, Bea. I have a question. How often does your cat do your hair?” Amidst the snickers, I fumbled and tried to explain. I think it sounded like I regularly let him groom me. Spoiler alert--I do NOT, but I won the weirdo of the week award, I’m sure.

Ah, to Zoom or not to Zoom. I have to say that it does serve a purpose, and will continue to do so for the next few months. I confess, though, that I look forward to meeting in person again. I hope the other people meeting with me then don’t speak too quietly. I’ve gotten so used to yelling, “You’re on mute!”