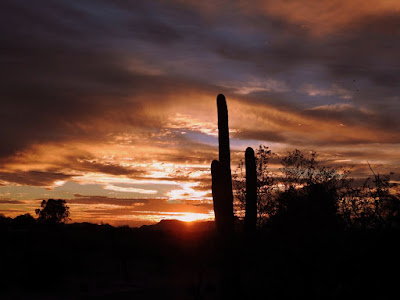 My, what I call, movie dreams have plots and characters that make them interesting. I consider them to be gifts from the muse. I don't always write their descriptions, but I did this one from October 10, 2019. It is followed by how I thought at the time that the dream could be used in a book. I've had some that worked into a story or even gave me a plot. I haven't done anything with this one

A couple are in the wilderness but apparently about to arrest someone. The man is a sheriff or something. He wears a gun. He is attacked by the person using a knife, stabbing him in the shoulder and chest. He does not reach for his gun. The heroine has a gun or takes his, not sure but she kills the attacker, then has to help the hero with his wound.

They both head for a small town in the mountains. She is still with him but now does not respect him for not fighting back. Is he a coward? In town they request if any property is available to buy. She has $10,000 which was the reward for the man she killed. The people point up the hill to a small log church. It’s been upgraded they are told.

When they get to the church, it’s pretty inside but the sanctuary is still being used by someone preaching. They go around back to where the quarters are for a pastor. It obviously has no one living in it but it’s nice with tidy living room and sofa, kitchen, inside bathroom and bedroom. Dream ends

I wake thinking how this could be a novella connected to my Oregon historicals with one of the grown up kids. If the hero had a backstory where he’d used his gun too many times. Looks at the living man coming toward him and knows he can’t do it again. He didn’t see the knife in time.

She is offended that he doesn’t protect himself but she tends his wound, aware of his ropy
muscles. She’s been in love with him but can’t love a man who has become a coward.

They travel to that small woodsy community where there’s only a store, homes, a stable and blacksmith. They ask for a house to buy with her reward money. It is on the hill. A log church where the pastor moved on with the gold fever. Some still go there. It’s only $6000 and has living quarters upgraded.

I see the potential of them getting the cabin, marrying to look proper as she still loves him but won’t be the mate of a coward. She takes on the job of sheriff in the community.

The church is the interesting thing for him. What if he becomes the pastor there for the small flock where theirs had left and they are doing it themselves. What if instead of religion, as such, he teaches responsibility and love, consequences, spiritual connection to nature. What if he cuts down trees on their land to expand the cabin. She works as the sheriff but not much happens there.

Then a man comes into town who is looking for the killer of his brother. He would shoot her but the hero stops in, draws the man to him, knocks the gun out of his hand and gives him enough blows to send him to the ground where she can cuff him for their small jail to wait for the US marshal to come through.

What if she sees him differently and they consummate their desire? Did it take him doing something brave for her to recognize the man he really is? If so, is that a character flaw in her? Lots of 'What ifs'

I wrote down possible characters from previous books in the Oregon Historical pioneer series and the dates they had been born. Laura Kane 1855; Elijah Stone 1856;  Elizabeth Kane 1857; Jeremy Forester 1858; Rufus Kane 1859; Jessica Forester 1862--  the children of the Stevens family adopted and born. Because the original heroes had their happily ever after, their children were left to see how that'd work for them.

For me, movie dreams are about the fun as they make a time of dreaming into something else-- a time of magick. I used to do digital paintings from some of them. That gave them a physical reality that dreams usually don't have for me.
Posted by Rain Trueax at 1:30 AM