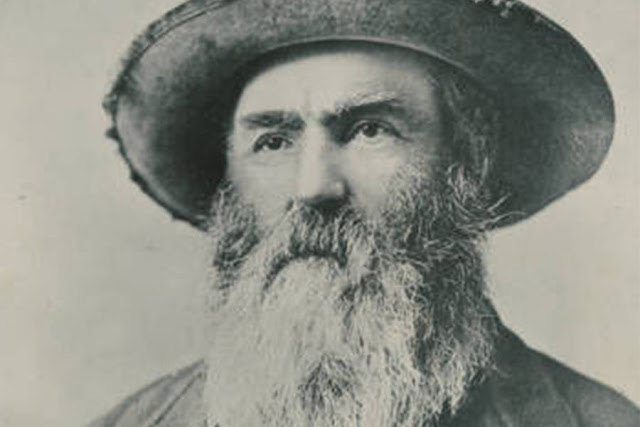 The other night, I watched the movie, Jeremiah Johnson, starring Robert Redford.

Caveat: This is probably my 100th viewing. Curiosity got the best of me and I wondered if the movie was based on a real character. Turns out it was.

There are ‘some’ similarities between Redford and the real-life John Johnston. For instance, Johnston’s wife was a member of the Flathead Tribe who was killed by a group from the Crow tribe. The real-life Johnston spent a lifetime vendetta against the Crow, killing over 300 in his lifetime to avenge his wife.

Read how Liver-Eating Johnston got his name:

Johnston is said to have been born with the last name Garrison, in the area of the Hickory Tavern near the border of what is today Alexandria and Union Townships in Hunterdon County, New Jersey. During the Mexican–American War he served aboard a fighting ship, having enlisted under a false age. After striking an officer, he deserted, changed his name to John Johnston and traveled west to try his hand at the gold diggings in Alder Gulch, Montana Territory. He also became a "woodhawk," supplying cord wood to steamboats. He was described as a large man, standing about six feet two inches in stocking feet and weighing in the area of 260 pounds with almost no body fat.

Rumors, legends, and campfire tales abound about Johnston. Perhaps chief among them is this one: in 1847, his wife, a member of the Flathead Indian tribe, was killed by a young Crow brave and his fellow hunters, which prompted Johnston to embark on a vendetta against the tribe. According to a well-known historian, "He supposedly killed and scalped more than 300 Crow Indians and then devoured their livers" to avenge the death of the wife, and "As his reputation and collection of scalps grew, Johnston became an object of fear."

Evidence says that he would cut out and eat the liver of each Crow killed. This was an insult to the Crow because the Crow believed the liver to be vital if one was to go on to the afterlife. This led to him being known as "Liver-Eating Johnston". The story of how he got his name was written down by a diarist at the time. There were already two Johnstons ("Pear-Loving Johnston" and "Long Toes Johnston"); nicknames were commonplace, and with Johnston's show of eating the liver, he received his name.

One tale ascribed to Johnston was of being ambushed by a group of Blackfoot warriors in the dead of winter on a foray to sell whiskey to his Flathead kin, a trip that would have been over five hundred miles. The Blackfoot planned to sell him to 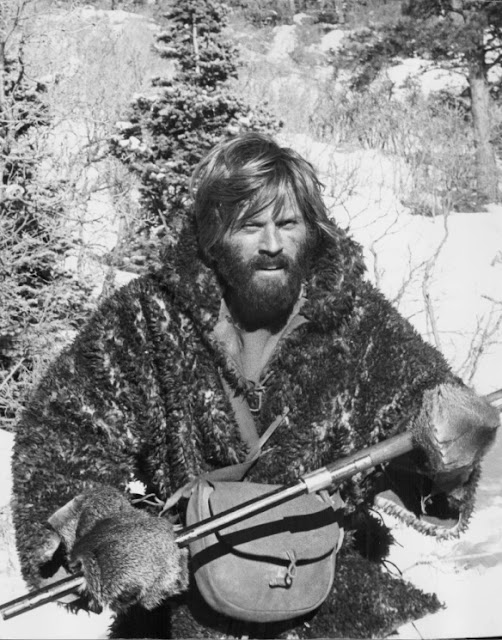 the Crow, his mortal enemies, for a handsome price. He was stripped to the waist, tied with leather thongs and put in a teepee with only one very inexperienced guard. Johnston managed to break through the straps. He then knocked out his young guard with a kick, took his knife and scalped him, and then quickly cut off one of his legs. He made his escape into the woods, surviving by eating the Blackfoot's leg, until he reached the cabin of Del Gue, his trapping partner, a journey of about two hundred miles.

Eventually, Johnston made peace with the Crow, who became "his brothers", and his personal vendetta against them finally ended after 25 years and scores of slain Crow warriors. The Crow tribe called Johnston "Dapiek Absaroka" Crow killer. In his time, he was a sailor, scout, soldier, gold seeker, hunter, trapper, whiskey peddler, guide, deputy, constable, and log cabin builder, taking advantage of any source of income-producing labor he could find.

The cabin inhabited by Johnston in the 1880s in Montana, was moved to Red Lodge, Montana and on display at the tourism office. 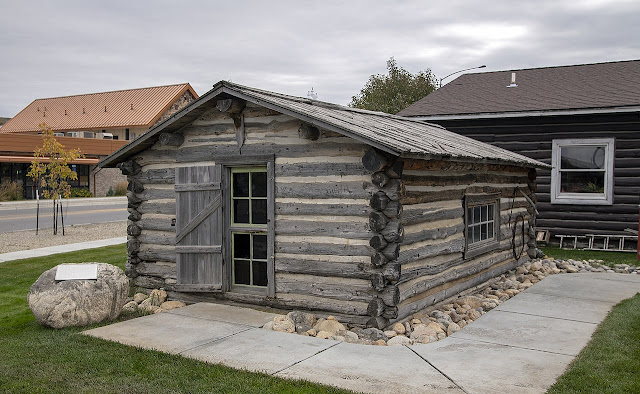 His final residence was in a veterans’ home in Santa Monica, California. He was there for exactly one month before dying on January 21, 1900. His body was buried in a Los Angeles veterans' cemetery. However, after a six-month campaign led by 25 seventh-grade students and their teacher, Johnston's remains were relocated to Cody, Wyoming, in June 1974.

If you haven't read my duet Moon of the Sleeping Bear and Dark Night of the Moon, you're in for a treat (remember, you can read them both for FREE if you belong to Kindle Unlimited).

Both books are set during the Civil War and the Dakota Uprising in Minnesota and include many colorful characters that are themed around twin girls separated at birth. This is a family saga with lots of angst, drama, hope, heartache and, as always, love!

READ BOTH FREE ON KINDLE UNLIMITED 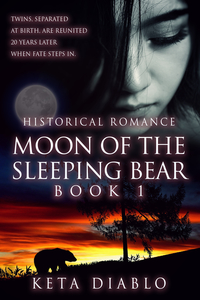 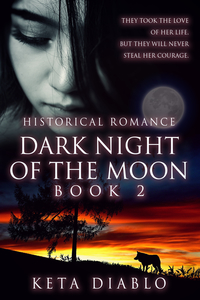 Wishing you all the very best READS, and don't forget, wear a mask all, and hang in there!