Romantic Suspense Plus a Little Magick 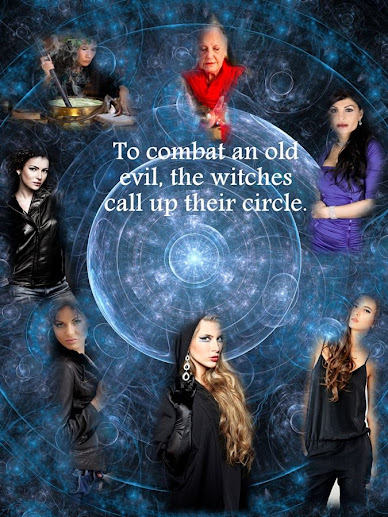 A few years ago, I got an idea for a fantasy romance series, set mostly in an urban setting with characters I saw as ordinary people but born with magical powers, which they could choose to use or not. It interested me enough that I wrote the first two within a few months, the two older sisters in a family of four sisters and their widowed mothers. I saw the grandmothers as playing a role and set it in a place I much like-- Barrio  Viejo. It's right alongside downtown Tucson and made up of old adobe homes that were being restored. 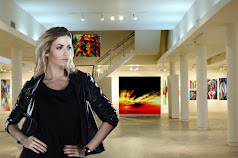 I had come across the neighborhood in looking for El Tiradito, which I've written about before, a shrine to a sinner, who had been murdered in the barrio years ago. The place is full of spiritual and historic energy.
What I didn't manage to do was carry the readers, who had enjoyed my historicals, along with me for the ride. Changing genres always has that risk. Some writers use two different names to build up a different readership. i prefer sticking with Rain Trueax. The lack of readership hasn't stopped me as there are now five books that only a few have discovered. Hey, that's the breaks of the game when being an indie writer. I originally thought of the books as paranormals, but they are not hard edged enough for that, the heroines don't live forever, and mostly they take place in what is a normal world in outward appearances-- except what most see is not all there is.
What inspired me to see life that way, though I also don't see that 'other' side, was knowing 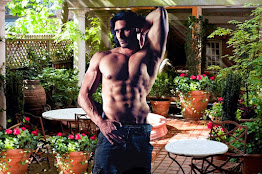 those who did. We were taking meditation instruction from a farm neighbor (who incidentally was black) and he came to one of the sessions describing going to a meeting of Buddhists in a nearby town and he saw what he saw as demonic trolls on the back of chairs, like spirit gargoyles. I believed what he said. I just think some see more than most of us.
When I wrote the first five books (another is started), we hadn't had all the trauma we have experienced recently with first the pandemic and then the violence in our cities. I just saw it'd be fun to write about people with the power to do something about what was evil around them. Don't we all wish sometimes for more of that? These women were born with the power of a witch and found it useful in their jobs, especially for the one who was a detective. 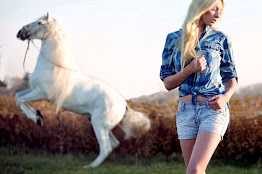 My books have always been about people being willing to fight for what is right, willing to risk it all to make the world a better place. The heroes have run the gamut of professions as have the heroines. My concept has been a hero can be a high school principal, an artist, a truck driver, etc. It's what they do when problems arrive that makes them into the hero archetype.
The problem has been how to get my readers to follow me to a different genre. Likewise how  to find new readers who might appreciate something different. I feel that my fantasies offer the same kinds of characters as all of my books. Because a story is set in contemporary times doesn't mean the characters are that different-- what they face is. They are actually kind of sweet-- except all my full length books have spice. I could take that out but I have believed that 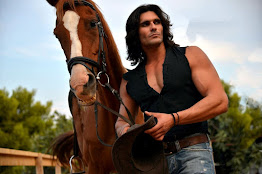 healthy sex is important for readers, that it can be inspirational for their own lives.
In my case, I don't go on for pages and pages about the sex. I also am not into making them graphic as that doesn't work for me either when I am reading. If a book has too much of the story taken up with one element of the couple's life together, it gets boring to me and misses out on the rest of what relationships are about. What I need to find is readers for sweeter books, those who like Hallmark movies, but can appreciate a harder edge where danger lurks.
How do I find such readers? What can I offer? Well, one thing is the first in the series will be free from August 21st to midnight the 23rd. A way for readers to try something new with no cost. So we (that is my husband as he handles advertising) will be running some ads, and I thought I'd mention the free part here.
This first book is Dangerous Match. It begins with a murder, which the heroine detective must use all the magick she possesses to solve before the wrong person is accused of the crime. It's the love story of a warrior and a witch-- a potentially dangerous match indeed.
Read the blurb and sample exclusively at Amazon; so that for now, the series can be sound in Kindle Unlimited for borrowing. 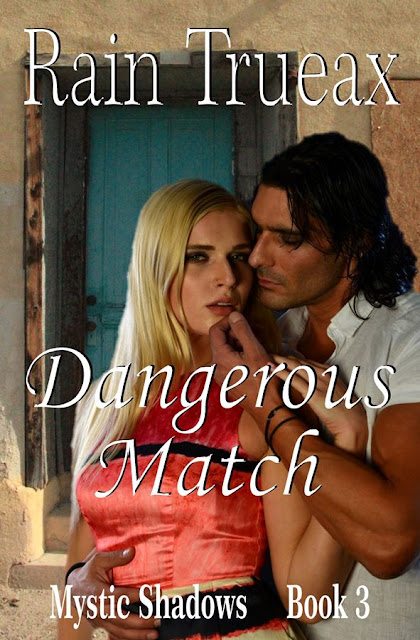