If, like me, you’ve been staying inside then you’ve had extra time to read and watch television this spring and summer. I have some favorites, of course. Since I write full time, I don’t have much spare time, so when I do, I choose carefully. If I don’t like the story, I don’t finish it.

This past week, Hero and I bailed on two movies on television. They were billed as romantic comedies by someone who had an odd sense of what made a comedy. We don’t enjoy coarse, bathroom humor but prefer clever, subtle laughs.

A movie we watched Friday was the 1986 version of “Stagecoach” with Willie Nelson, Johnny Cash, Waylon Jennings, Kris Kristofferson, John Schneider, Elizabeth Ashley, Mary Crosby, June Carter Cash, John Robert Cash, and on and on. Apparently only famous people were allowed to be in this movie, even for bit parts. I know it’s not new, but we watch what appeals to us.

One we watched yesterday was the romantic comedy “Just Like Heaven” starring Reese Witherspoon and Mark Ruffalo. It is slightly newer, made in 2005. Neither Hero nor I had seen it so we enjoyed it as if it had just been released. It was a sweet movie and was both funny and touching and romantic.

A newer movie we enjoyed was “Knives Out” on Amazon. Starring Daniel Craig, Jamie Leigh Curtis, Don Johnson, and a lot of other famous actors it was an Agatha-Christie-ish story with humor, mystery, and a surprise twist. Since both Hero and I are Agatha Christie fans, of course we liked it.

Of course I enjoy the books by the excellent writer members of this blog—but I’m not about to try to pick one or two or even three favorites. I will safely stick with other authors. Authors who write other genres than I do so I don't step on toes. I know way too many great writers to pick a few.

I enjoyed THE SECRET ORPHAN by Glynis Peters. The book is the story of two English females, Rose and Eleanor. Fortunately, Eleanor marries heroic and protective Jackson St. John, a Canadian. I absolutely loved this book for the story, the romance, the mystery, and all its twists! Obviously, I highly recommend this book! I won’t reveal the secret because you’ll want to discover it for yourself.

MEDICINE AND MIRACLES IN THE HIGH DESERT by Erika Elliott, M.D. is a tale of Dr. Elliott’s experiences teaching 4th grade at a Navajo boarding school and then serving as a doctor with the Navajo people. Hero and I have hiked over a lot of the Anasazi ruins in the desert southwest and have read all of Tony Hillerman’s books—the first of which we discovered at a Chaco Canyon (New Mexico) National Park gift shop suggested to us by a park ranger. That’s why I thought we would enjoy Dr. Elliott’s book. I did but Hero lost interest and quit reading before he got very far. I think if he’d stuck with it, he would have enjoyed it. That’s our rule, though, like it or move on to another. Dr. Elliott is supposedly working on a sequel, which I will buy. 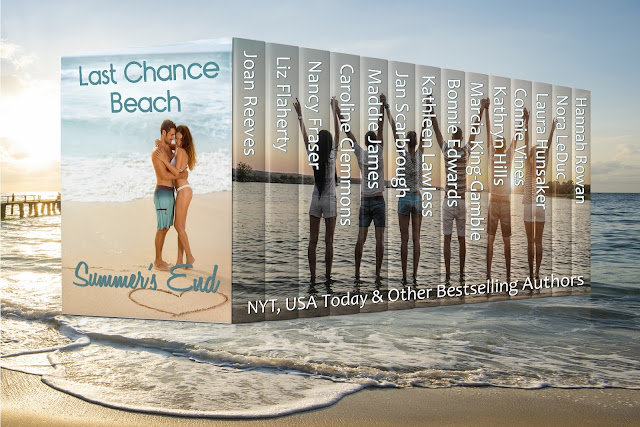 Okay, I fudged a tiny little bit. This box set includes Joan Reeves and I so that’s kind of cheating. However, after having read the proof of this I highly recommend LAST CHANCE BEACH: Summer’s End, which has short stories by 14 members of the Romance Gems blog. This includes my story, THE MAN IN GULL COTTAGE. I’ve chosen my favorite story (sadly, it’s not mine) but I’m not telling which it is. I’ll be interested to know which one is your favorite when the set is released on Tuesday, August 4, 2020. You can preorder it now at Amazon https://www.amazon.com/gp/product/B08CV3GN3R Of course, it will be in KU as well--but it will only be available for a limited time so don't delay! It's only 99 cents. 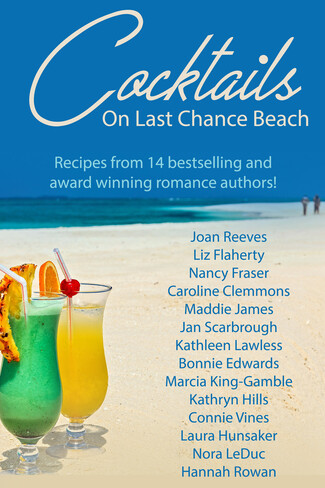 By the way, COCKTAILS ON LAST CHANCE BEACH is the FREE companion recipe book to Last Chance Beach: Summer's End Box Set - available right here at Amazon. What's not to love about savoring a fruity, icy cocktail in the dog days of summer? Or sipping a crisp spritzer to wake up your senses after a sleepy afternoon on the beach? Can any of us resist a tart margarita or the lure of a tequila sunrise during a beachside seafood dinner? Perhaps there are those who could resist all of the above--but not the authors of the Last Chance Beach: Summer's End collection of romantic short stories set--where else?--in Last Chance Beach. Available at Amazon https://www.amazon.com/Cocktails-Last-Chance-Beach-Reeves-ebook/dp/B08DR4K3YX

There you have some of my favorite movies and books. What are yours?

Posted by Caroline Clemmons at 12:57 AM