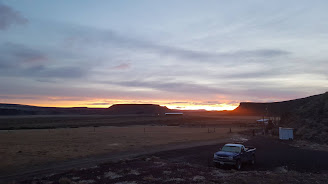 When I started out writing the Shandra Higheagle Mysteries I knew my amateur sleuth would need a sidekick who was in law enforcement. What I didn't know was how soon the sparks would fly between them!
The first book the reader gets a pretty good idea that the two will be working closely together and there is a romantic connection.
That is part of what has made writing this series so much fun. Coming up with unique murders and twisty endings, but also building the connection between not only Shandra and Ryan but several of their friends who are secondary characters.
And because life moves forward for all of us, I also have the lives of my characters move forward. In the course of my, so far, 15 book series, Ryan and Shandra and four of their friends have married. One couple has had a child and another couple has a child on the way.
In Capricious Demise, Shandra has a dream about a boy and a girl. Because her deceased grandmother appears in the dream, she fears something has happened to the children or their parents. Every time a murder happens that involves someone Shandra knows, her grandmother shows up in dreams, giving clues to the murders. The grandmother shows Shandra where to find the children.
In this book Shandra and Ryan take another step in their relationship.
Capricious Demise 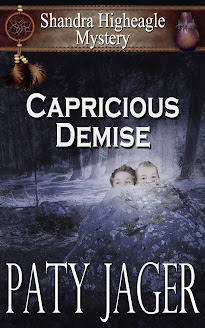 Shandra Higheagle’s deceased Grandmother enters Shandra’s dream, showing her two lost children. Her grandmother never comes to her dreams unless there is a murder to solve. But whose? The children? Or someone related to them?

Ryan is called out to a suicide, that isn’t. While contacting next of kin, he finds the victim’s husband also murdered and their two children missing.

Using her dreams, Shandra helps locate the missing twins whom they take into their home as foster children. The hunt for the reason the parents were murdered becomes urgent when the children reveal they may have seen the killer.

Universal buy link: https://books2read.com/u/b6ZJOA
So far readers are loving this latest book. If you'd like to start the series, book one, Double Duplicity is FREE at all ebook vendors.
Posted by Paty Jager at 2:00 AM