No Excuses, Do It by Joan Reeves #SmartGirlsReadRomance 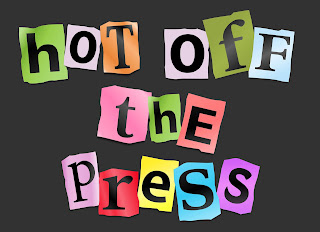 Oops! I had today's date on my calendar as usual. So why wasn't there a post, by me, published this morning?

I can only say that after being gone most of March and coming home to deal with yet another crisis that I was too tired to even look at my Day Planner in the last couple of days.

Is being exhausted and wanting nothing but sleep a good excuse?

Hmm. Probably not. I know I always feel frustrated when someone fails to follow through on something he/she promised to do.

Is There a Good Excuse 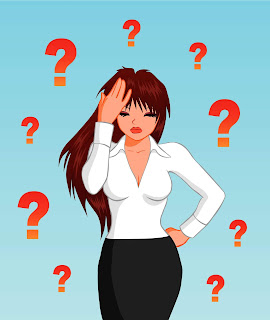 I checked to see if there are any acceptable good excuses—other than I'm in a hospital or I'm dead.

After all, I can't say the dog ate my post, can I?

What I found were wise quotations about excuses. {sigh} Apparently, no one accepts any excuse for failure to follow through.

Derek Jeter said, "When I was younger, I was always taught not to make excuses." (I was taught that too.)

Cam Newton said, "I. Hate. Excuses. Excuses are a disease."

Melvyn Douglas said, "Don't make excuses, and don't talk about it. Do it."

"If you really want to do it, you do it. There are no excuses." ~ Bruce Nauman

"Not looking for excuses is the right thing to do. I have made a lot of mistakes, and I still make mistakes, but I am not ashamed to look for the reasons behind those mistakes." ~ Gianluigi Buffon

Emily Weiss said, "You can make a million excuses for why something didn't go well, but ultimately, just fix it and get on with it. Be a solutions person."

Well, none of this excuses me—darn it—so I'll do what Ms. Weiss said and fix it. In fact, that's what I've been doing since I sat down to write. I'll publish this post in a few minutes. It's not the post I planned, but you know what they say about plans and good intentions. 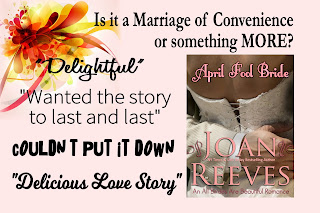 Madeline Quinn is a trust fund baby who had a walk-in closet full of excuses for her Paris Hilton-style behavior.

A DUI forced her to take a hard look at herself. She quit making excuses and changed her life.

Now she wants to claim her full inheritance but she needs one little thing before she can do that. A husband.

Mad Maddie, as the tabloids christened her, learned the hard way that men only see dollar signs when they look at her. 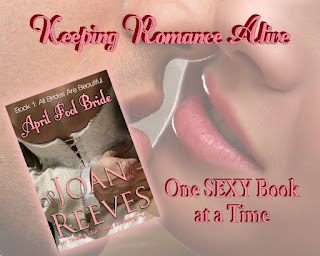 She decides a marriage of convenience is the only answer. She turns to the one man in the world she can trust, her housekeeper’s son.

He always treated her like a little sister when they were growing up—until one disastrous night when she acted impetuously.

Jake Becker hasn’t seen Maddie since the night she tried to seduce him.

Why should he help the woman who changed the course of his life? Simple. Revenge.

Or is it something else? Something that sizzles like steam heat between Maddie and Jake that neither can resist!?

April Fool Bride is a Kindle Unlimited Free Read if you're a subscriber, or buy it and keep it forever.